1st of October, No Fireworks, But Renewed Commitment To Keep Flame Of Liberation Alive 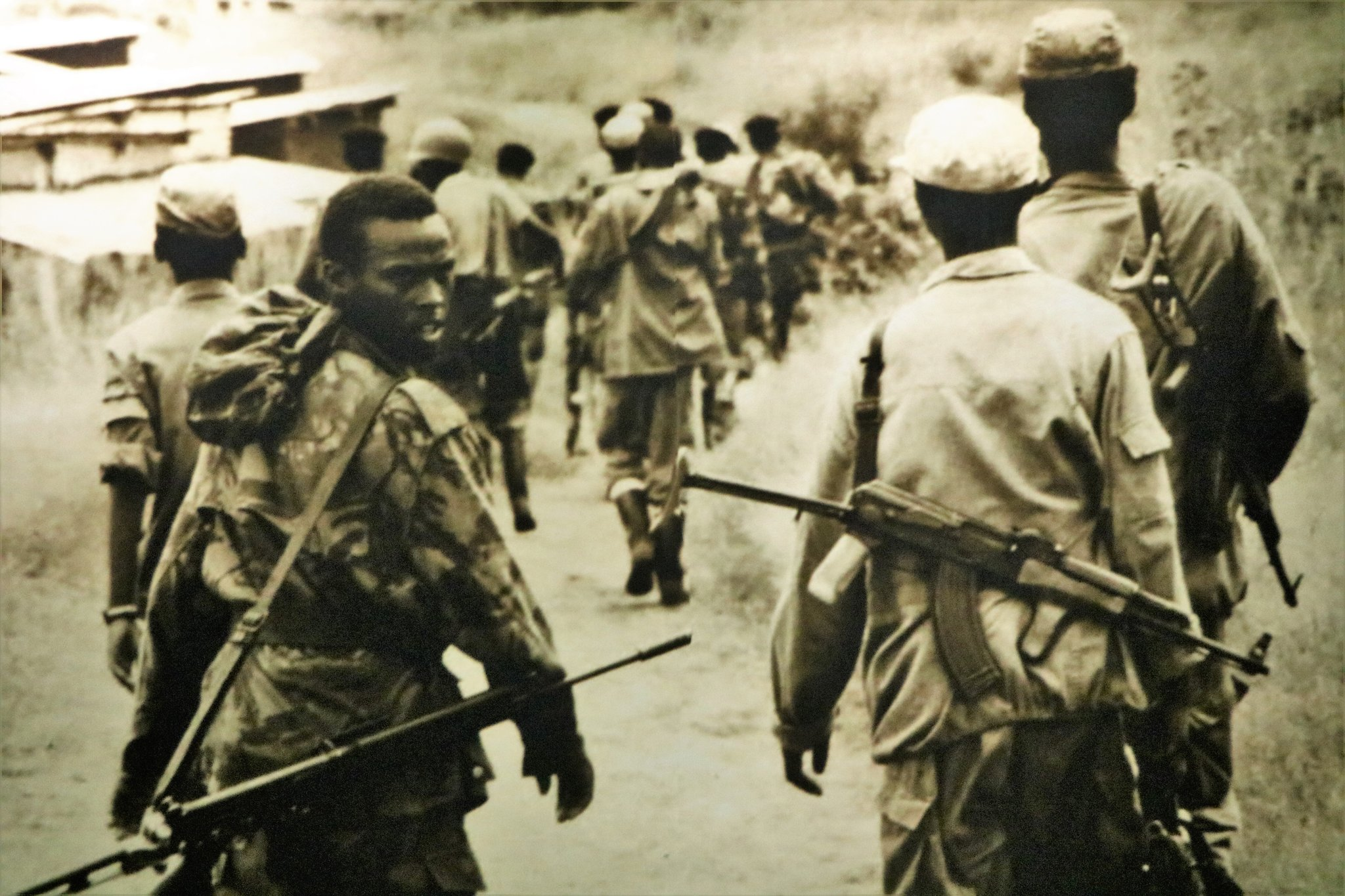 It is one of the most important dates on Rwanda’s social, political, not to say historical calendar, yet it always seems to arrive quietly, without fanfare, almost taking people by surprise. That fact is itself significant, as Rwandans, once again, marked the 1st October, a day whose significance is not only for Rwanda, but arguably, for Africa as a whole.

For decades Rwandans had politely knocked on the door of their homeland to be admitted back in, only to be met with derision, no room at the Inn. Finally, they were not asking, they were announcing their return.

And so, on 1st October 1990, Major-General Fred Gisa Rwigema, led a body of lightly armed, predominantly young men, but some young women too, from Uganda, towards their native land of Rwanda. 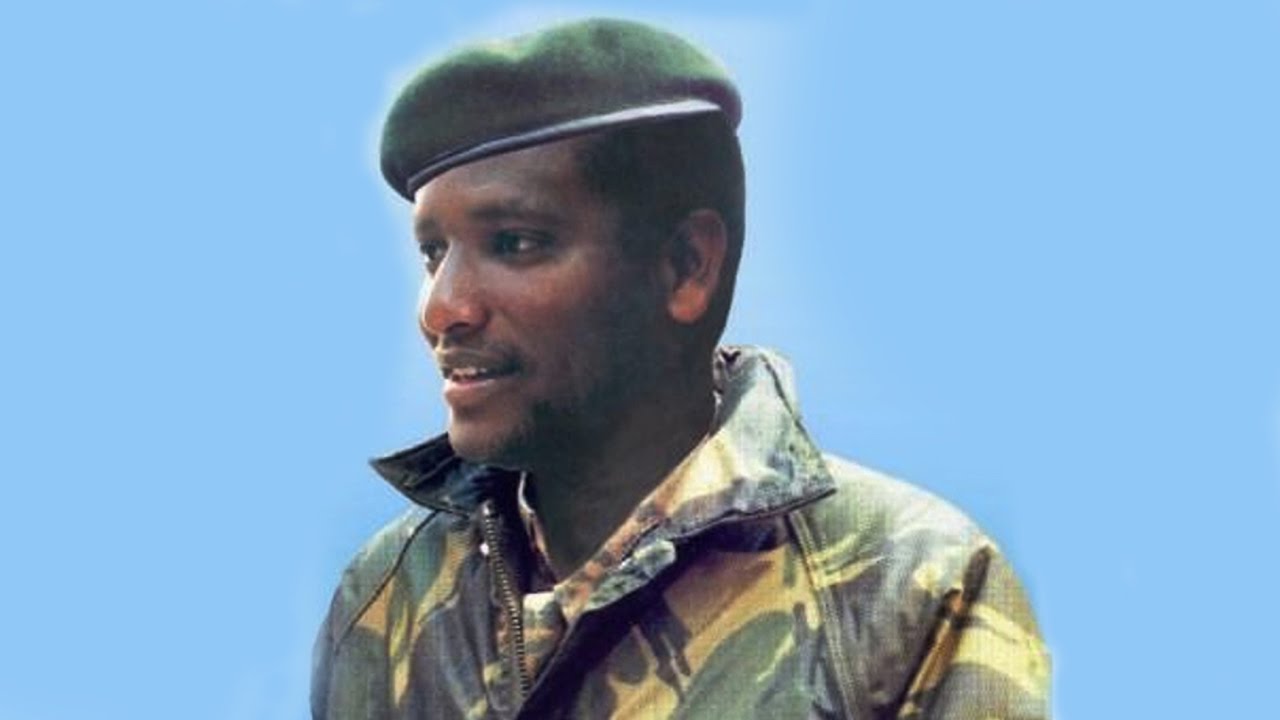 What had just begun was more than a liberation of a nation, consequential as that was. It was also a fulfilment of a promise, transmitted through a thousand year memory, of what it was to be Rwandan, the very essence of Rwandan society, as it was always called to be.

And it was also the fulfilment of the promise of African liberation, which in many ways, continues apace, and is as much as anywhere else, best exemplified in the liberated Rwanda of today.

Youthful of body, but mature of mind, these young people were answering an ancient call, to restore a nation that had been destroyed, and where it had been, now stood a perverse, malevolent shadow of its former self.

The test of their resolve began all too early. On the second day of their entry into the land of their origin, the heart was all but torn out of the movement, when the valiant, extraordinarily gifted Rwigema, fell at the front. 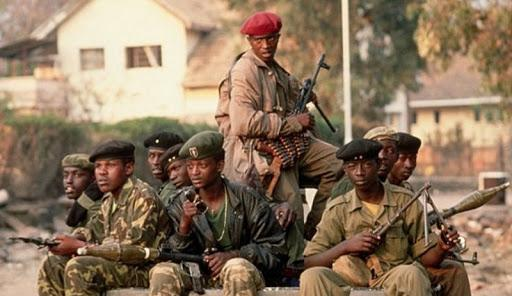 The struggle was of course more than one man, a fact that Rwigema himself, alongside the rest of the exiles’ leadership always emphasised. But some individuals do shine and burn bright.

So completely did Rwigema embody the ideals of the struggle, the magnitude of his loss so great, that many, once they learned of it, could not imagine how they could continue without him. Indeed, aware of how profoundly it would sap morale, the high command would take several days to release news of his death.

As news spread throughout not only the fighting force, but the wider movement that supported that force, things began to fall apart, despite the able efforts of the other commanders, Rwigema’s brothers in arms. For some, all hope seemed lost. It was a pivotal moment.

But the dispirited forces, and the movement itself, would soon be reminded that the Rwanda that conceived, and suckled the incomparable Rwigema, nursed others in similar mould. Lightening could strike twice, the second, in the shape of a cerebral, quietly spoken, highly disciplined, resolute Major, by the name of Paul Kagame.

And unknown to any of them, the fall of their revered commander, would not be the first body blow that would wind the movement. So hellish were the challenges to come, they would need every strength, skill and ability, that their new commander possessed, in ways that none of them could ever have imagined. He would lead them through hell, his vision of the shared goal clear, through the sweat, blood, rivers of blood, unending tears, they would all have to suffer. Cometh the hour, cometh the man. 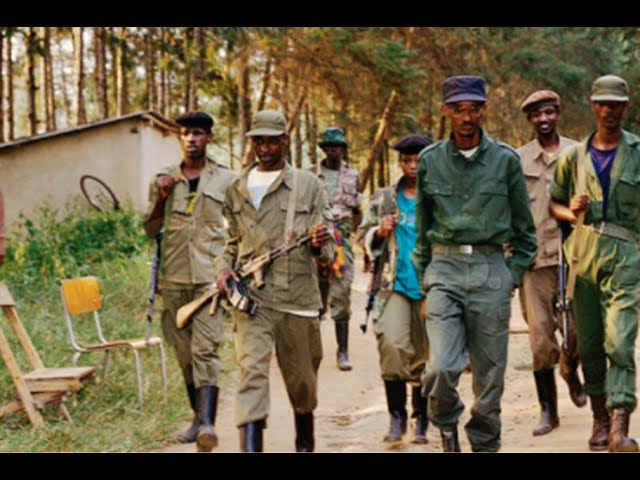 RPA under the command of Maj. Gen. Paul Kagame

For now, however, he methodically, went about restoring hope, heart, and above discipline, into the shattered force, galvanising the movement once again, and creating an army, that drew strength from both modern military professionalism, and Rwanda’s ancient values. It is no exaggeration, to say that he saved a cause that was all but lost.

Rwigema, could rest in peace, knowing the task to which he had committed and given his life, now lay in the steadiest of hands, the clearest of minds, and his dearest hopes, in the truest of hearts.

But as though the challenges they already faced, were not forbidding enough, unfathomably worse, was to come.

When they took the first step in their march from Uganda, full of hope, and dreams of the exemplary nation that would be the shining fruit of their ultimate sacrifice, their shining city on the hill, they were doing so to liberate a nation from the chains of colonialism, a nation in the deathly grip of the most enthusiastic of comprador Africans, who were slowly, but determinedly chocking the very breath of life out of it.

In their unflinching determination to wage a struggle against this dark force, the leaders of the Rwanda Patriotic Front (RPF), the movement which embodied all this promise, were in large measure, guided by the ideology of African liberation movements. In the minds of the young, bright intellects, at the top of the RPF, the ideas that underpinned the ideology of African liberation, were living, ever present concepts. 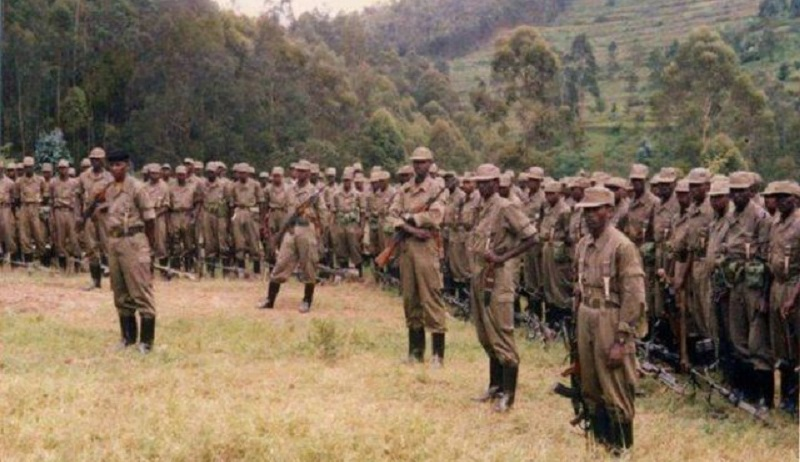 Despite the fact that most of these young people, had grown up living in refugee camps, the very idea of even a half decent library, a luxury enjoyed only in their wildest fantasies, they nevertheless sought out, and read much of what there was to read on these liberation ideas, which they imbibed, making them their own. Here were the heirs of Patrice Lumumba, Kwame Nkrumah, Steve Biko, Sekou Toure, and others too many to mention.

The nucleus of the armed wing of the movement, the Rwanda Patriotic Army (RPA), was made up of those Rwandans who had fought in Uganda’s own war of liberation.

It is undoubtedly true to say that in joining Yoweri Museveni’s rebel National Resistance Army, Rwandans did so in the rest of their community, which was under attack in Uganda. But is also equally true, that they looked at the Uganda’s war of liberation, from the broader perspective of African liberation.

Now marching to liberate their own motherland, their thoughts of Africa’s well known liberation heroes, would be synchronized with the enduring examples of Rwanda’s own anti colonial heroes.

Through the examples of among others, King Yuhi V Musinga, who lost his kingdom, rather than become the colonisers’ puppet King, his son, King Mutara III Rudahigwa, who, despite the knowledge of his father’s fate, would nevertheless no more suffer himself to become the puppet, than would his illustrious father. It was a stand that would cost him his life, when the Belgian colonial powers murdered him. As they did the fearsome Rukara rwa Bishingwe, whose death was intended as a message that unlike black lives, even those of Kings, the life of a white person, was sacrosanct, never to be touched.

With ideas from African liberation movements, infused with Rwanda’s own values, burning in their hearts and minds, the young warriors marched, paying little heed to ever present fatigue, enduring hunger, torrential tropical rains, scorching sun, mosquitoes, and the comprador enemy’s bullets, to name but a few of the constant dangers. Against these and more, they still stood, to move ever forwards.

The journey to the promised land was hard, but they were equal to it, the conviction that their cause was just, replenishing strength to face the hardships, even cheerfully. 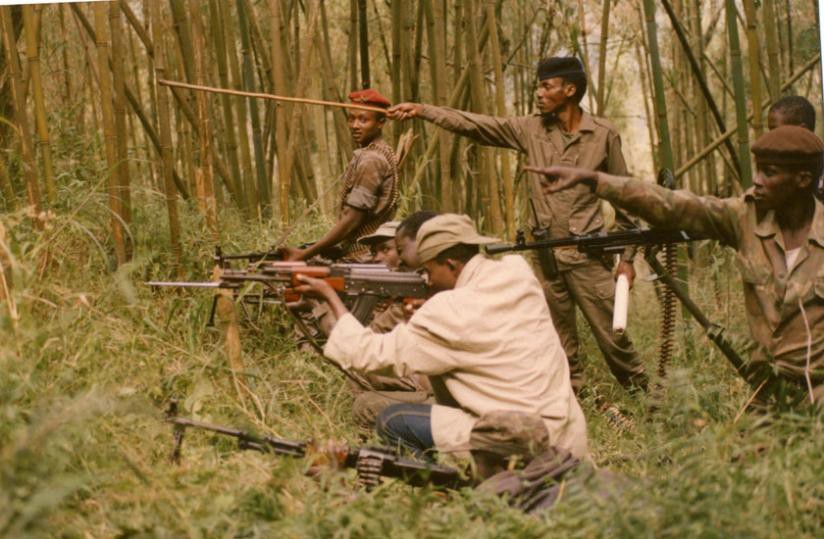 And yet, after all the hardship, throughout all the profound suffering, there would be no real joy, at the moment of victory over arguably, the worst of African neo-colonial forces.

In defeat, the enemy would demonstrate that it was the enemy not only of Rwanda, but of humanity, its unspeakable crimes draining all joy from victory over it. We can in a literal sense, talk of the forces of good, over those of evil.

From fighting to liberate a nation from neo-colonialism, the RPA was suddenly confronted with the task of literally having to save that nation, from the worst of colonially inspired crimes.

Now, the task was to halt a genocide. Just as the RPF represented Africa’s liberation ideology, and the burning mission to restore Rwandan values, especially those of unity, their opponents, the comprador government, represented the very opposite, to the bitterest degree.

They had embraced the colonial policy of divide and rule, and taken it to unimaginably horrifying depths of depravity. Learning from their colonial mentors, they would also bring about their own “final solution” to the “problem of Tutsi” in a meticulously planned genocide against the Tutsi. 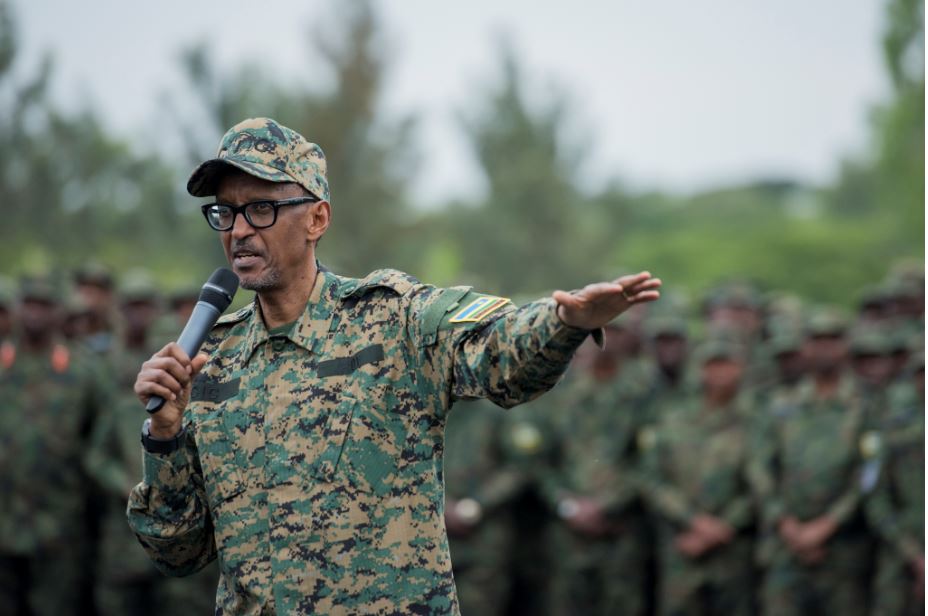 Today, from anti Rwanda, anti RPF voices, we hear shrill, desperate allegations of “human rights abuses.” But it is to the eternal credit of the RPF, and especially its armed wing, the RPA, that in facing an enemy that wallowed in the torture, and mass murder of over a million men, women and children, they held fast to their humanity, to their highest ideals.

Young fighters, exhausted, no doubt bewildered and traumatised by the scenes of the horror they were witnessing, would nonetheless remain disciplined, saving their bullets for the army and the notorious Interahamwe militias, which spearheaded the genocide.

The few individuals among the RPA, who, driven to the end of their tether, could not bear what they were seeing, and took the law into their own hands, were to face a firing squad, a decision that must have deeply pained the leadership.

To step into hell, and keep humanity in your heart and mind, is the surely the highest of human attributes.

And so, the 1st of October comes and goes, without pomp and circumstance. No marching bands, no street parties. Instead, a renewed commitment to consolidate all that has been achieved, at immense sacrifice, which is nothing less than the salvation of Rwanda itself.