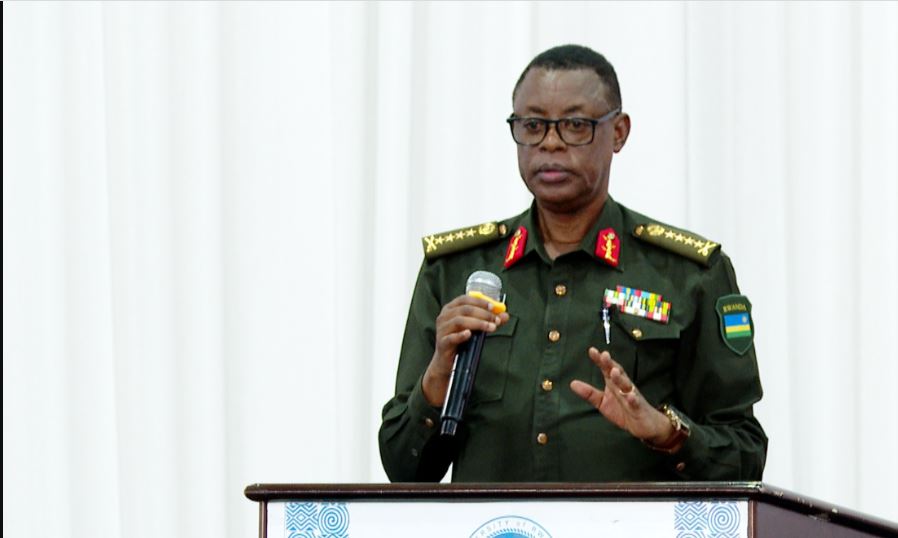 Senior Presidential Advisor on security, General James Kabarebe has asked young Rwandans to contribute to the country’s development so as to enable Rwanda reach goals which were fought for during the liberation struggle.

Kabarebe was on November 2, 2022 giving a public lecture to hundreds of youth volunteers based in Kigali.

Using his experience and witness as one of the soldiers who were on the frontline to fight for the country’s liberation, Kabarebe shared some of the moments to inspire the youth to be patriotic.

Gen. Kabarebe said that late Major Fred Rwigema was a very tall and strong soldier who was willing to liberate the country at all cost but sadly succumbed to death in the RPA warfare against the former government (Ex-FAR).

Kabarebe revealed that Rwigema asked the Rwanda Patriotic Army(RPA) Inkotanyi forces to make a choice of attacking the former Rwandan army or choose to cross back to Uganda where they served as soldiers.

“He told us: ‘now we are RPA soldiers not Ugandan soldiers’. And to prove it he removed his ranks and threw them across the border saying whoever is afraid should decide to go back or advance,” Kabarebe narrated saying that he knew it was a wrong choice but had no power to oppose his bosses (Majors).

Kabarebe said that they decided to proceed with the attack and that is when they learnt of Rwigema’s death who was shot at the frontline.

“At the time he was standing on one of the empty hills (from Matimba to Kagitumba) where he was facing the enemy and as he tried to call for guns but was shot, and sat down saying  ‘I have been shot’. He died and was buried in Kagitumba,” he said.

Kabarebe said that the incident resulted in many RPA top officers losing hope in the cause of building an army and the enemy gaining ground. 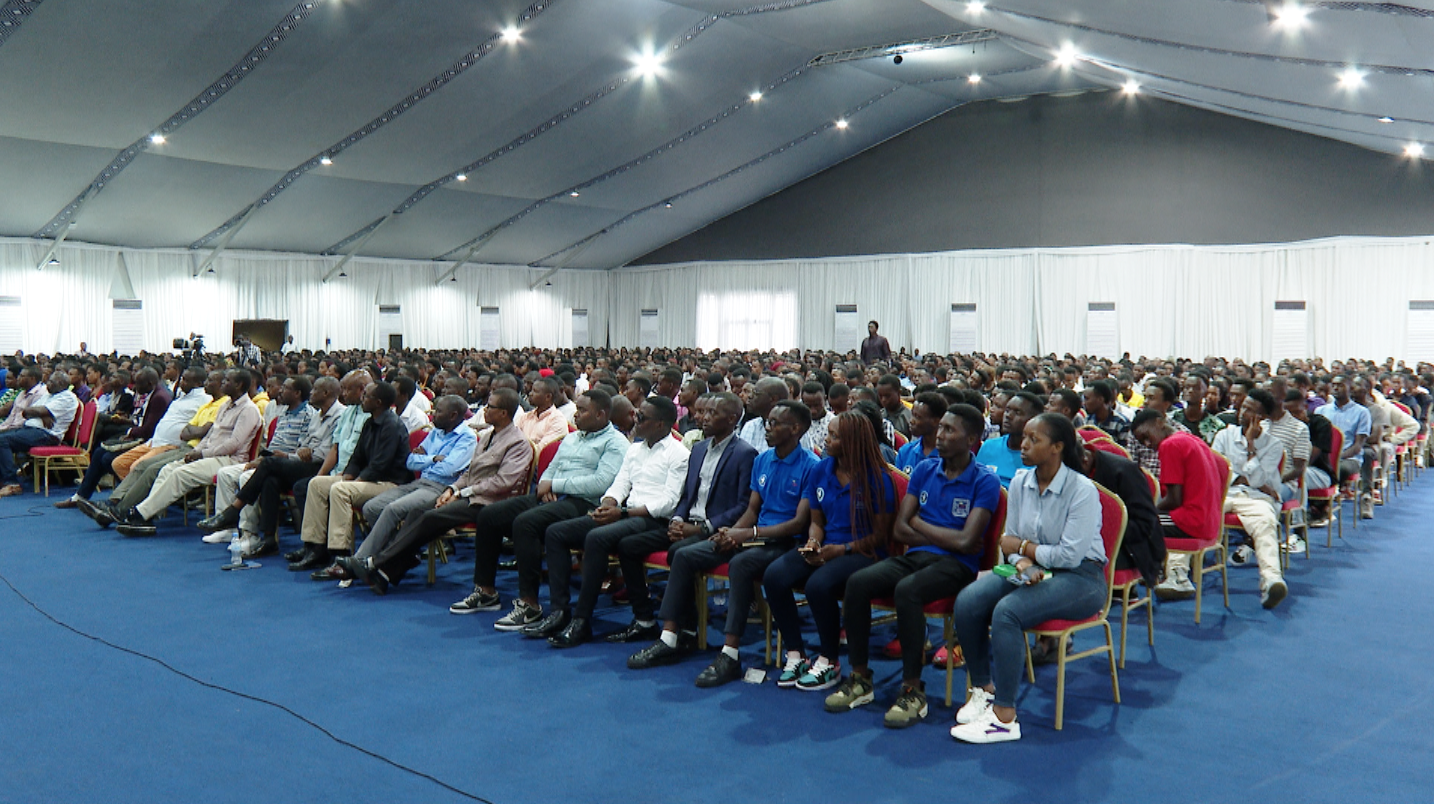 The youth in attendance

At this moment, Kabarebe said that RPA Inkotanyi needed a leader and the only one who could be, was the current President Paul Kagame who at the time had been sent by Uganda for further studies in the USA (Army Command and General Staff College in Fort Leavenworth, Kansas) as a way of blocking his potential to lead the then suspected RPA forces under formation.

“We didn’t have contact with him(Kagame) but at some point we were in a meeting. Afande Bunyenyezi told us not to worry. He said Afande Paul is coming and all this will be solved,” Kabarebe said, adding that this message raised their morale.

On arrival, Kabarebe said that Kagame formed a new force with a goal of changing their warfare mentality, and this was followed by reorganizing the force.

Kabarebe said Kagame did three things- to debrief the forces from Uganda to attack and gain more ground, to regroup the forces in the bushes, and to reorganize members of the Rwanda Patrioic Front Inkotanyi, the political wing in the region- to create a better liberation struggle.

“This changed the method of attack from conventional way in which we were suicidal to a guerilla warfare tactics where we attacked the enemy in all unanticipated ways- day, night, front and from the back,” Kabarebe said.

Kabarebe narrated the tactics and methodology of leadership that Kagame used to reform the forces, taking decisions to be in position to resist and fight a winning liberation cause.

However, Kabarebe said that one of the threats to their cause was the infamous Radio RTLM which used propaganda to promote genocide ideology even though RPF Inkotanyi had reached ceasefire in Arusha, Tanzania.

He also commented on how Kagame took a risk of sending 600 RPA soldiers into Kigali but the decision though risky was determination to meet the ultimate goal of bringing Rwandans home peacefully, even though this didn’t go without hitch and ending up in the 1994 genocide against Tutsi.

Though RPF managed to stop the genocide and drive the country into transformational development, Kabarebe asked the youth to desist from laying back but play their part equally.

“We have to protect this struggle. We want to become a middle income economy and to reach this, it requires a lot. It is not wishful thinking; it requires us to bear the burden,” Kaberebe said.

Kabarebe noted that the current struggle is to make sure that Rwanda doesn’t lose focus and build on what the government has done to attain development.

Ian Kagame To Be Commissioned Among RDF Officer Cadets