DRC: Regional Force Will Not Engage M23 In Fight As Focus Shifts To Dialogue 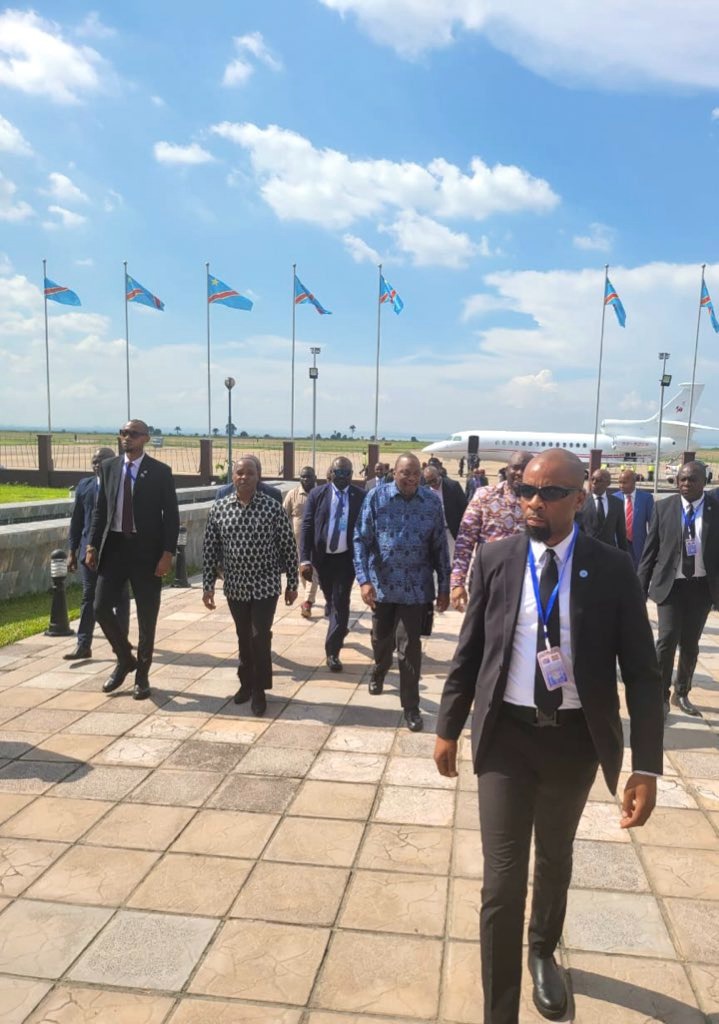 The East African Community (EAC) Joint force deployed in Eastern Democratic Republic of Congo (DRC) will not engage with M23 rebels in a fight, with focus now fully shifting to the much anticipated dialogue between the Government of DRC.

The Commander of the EAC joint force, Maj Gen Jeff Nyagah, who is also leading the Kenyan force already in DRC, said that the bloc’s force will not engage the rebels in a fight but said that they will guard the City of Goma and its environs pending the political dialogue expected in a few days.

The declaration came amid reports that M23 rebels were gaining ground, pushing towards Goma and also heading towards Masisi area, threatening to capture more territory.

Gen Nyagah said that first priority will be given to peace and dialogue, ruling out the possibility of military confrontation which the Government of DRC has been pushing for.

“Most times, war does not necessarily bring peace. You have to pursue diplomacy. Our first priority will be peace and dialogue,” Gen Nyagah told  the media in Goma on Wednesday, November 16, adding that the efforts to disarm armed groups in DRC is not specifically targeting M23 only but rather the more than 120 armed groups that operate in Eastern DRC.

Gen. Nyagah’s declaration came just after the facilitator of the Inter-Congolese Dialogue, former Kenyan President Uhuru Kenyatta concluded a two-day visit to the conflict-ridden country, where he met President Felix Antoine Tshisekedi and other parties, including the civil society. President Uhuru, who visited Goma, called for the silencing of guns, to give peace and dialogue a chance.

A statement issued by the EAC on November 16 following Kenyatta’s visit indicates that the EAC-led Nairobi process and the Luanda talks will be given priority to de-escalate the tensions that have gripped the region as M23 rebels continue to gain more ground.

Kinshasa accuses Kigali of backing the rebels, who also accuse the DRC government of reneging on the peace agreement signed in 2013 and fueling ethnic violence targeting Kinyarwanda-speaking communities in Eastern DRC.

Rwanda has categorically denied backing the rebels, calling on Kinshasa and the international community to find political solutions to the long standing conflict by addressing the root causes.

Kigali also maintains that DRC government forces are operating alongside elements of the Democratic Forces for the Liberation of Rwanda (FDLR), who threaten Rwanda’s own security.

The EAC-led process is eying the 3rd round of the Inter-Congolese Dialogue scheduled for November 21, in Nairobi, Kenya, as the key moment to resolve the outstanding issues that have crippled efforts to restore peace and stability in Eastern DRC.

The comprehensive approach centres on rallying all parties involved to come together on the table and agree on terms to lay down arms, though Kinshasa seems to be adamant to discuss with M23 particularly but the region is banking on the summit to bring about a sustainable solution to the recurring violence.

Gen. Nyagah pointed out that if disarmament and demobilisation doesn’t work, they will resort to military action but the issue has drawn mixed reaction, with Kenyans particularly asking why Kenya would send troops to fight in another country instead of peacekeeping.

The M23 group, which insists on dialogue, on Wednesday accused DRC forces FARDC of holding a meeting with FDLR commanders and planning attacks.

Members of the international community have called for the fast-tracking of the Luanda and Nairobi processes as the rebels continue to advance. In their latest statement, M23 said citizens in the territories they control are resuming their economic activities.

Latest reports indicated that M23 rebels had captured the areas of Kibumba and Buhumba in Nyiragongo territory in North Kivu Province.

Ex-Interahamwe Militia Says Kabuga Bought Him A Beer In Appreciation