Home NewsNational Who Is A Good Teacher? Welcome to the Debate
National

Who Is A Good Teacher? Welcome to the Debate 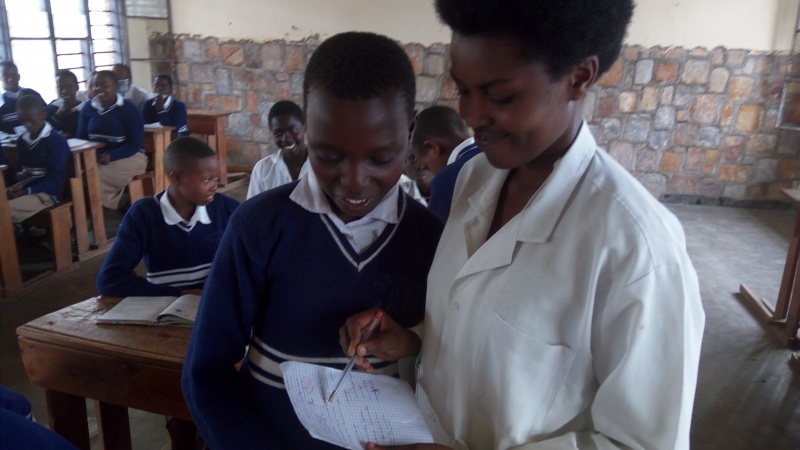 A teacher can be a well-informed, well-prepared, and even an excellent communicator, yet fall short on expectations, if they are unable to handle disruptive students.

Sponsored by Mastercard Foundation, knowing a good teacher and hiring them is expected to make a world of difference in a student’s life, and impact everything from classroom learning, to their long-term success in future.

The debate finds teacher’s misconduct that has made recurrent headlines in the news, allegedly accused of professional misconduct behaviors including assault of students, battery, defilement, student examination malpractice helped by teachers, among others.

On September 11, around 11 am, it was claimed that Mukaremera repeatedly slapped Divine Irakoze across the face. Irakoze bit his tongue while he was sobbing and begging for mercy.

Then, according to Chief Inspector of Police (CIP) Marie-Gorrette Umutesi, the police spokesman for the City of Kigali, both teachers broke the law.

“Assault is a crime punishable under Article 121 of the Penal Code; disciplining a child is separate from that,” she said.

“Any person who willfully injures, beats, or commits any serious violence to a person, commits an offense.” CIP Umutesi said then.

Emmanuel Musabyimana, a teacher at Gasagara Primary and Secondary School in the Gisagara area of Southern Province, was detained by police on October 12 of 2019 on suspicion of defiling 15-year-old children.

Then, the Southern Province Police spokeswoman, CIP Twajamahoro Sylvestre, stated that the allegations were the subject of investigations. Police detained Bimenyimana Emmanuel, 32, and Muhawenimana Joseph, 28, the same week for allegedly defiling two school dropouts as well.

Bimenyimana and Muhawenimana were busted in the teacher’s residence with dropouts.

CIP Twajamahoro said then that the duo was arrested after parents reported the case to the police.

In the same period, Rwanda Investigation Bureau (RIB) also arrested a Nigerian lecturer at the University of Rwanda (UR) after he was allegedly caught red-handed sleeping with a 15-year-old teen in Nyagatare district, Eastern Province.

According to teachers’ statutes in the official Gazette n° 10 of 16/03/2020, a teacher is suspended from duties by a direct supervisor or sector education officer (SEC) if he or she is provisionally detained for the period exceeding fifteen days and the salary retained.