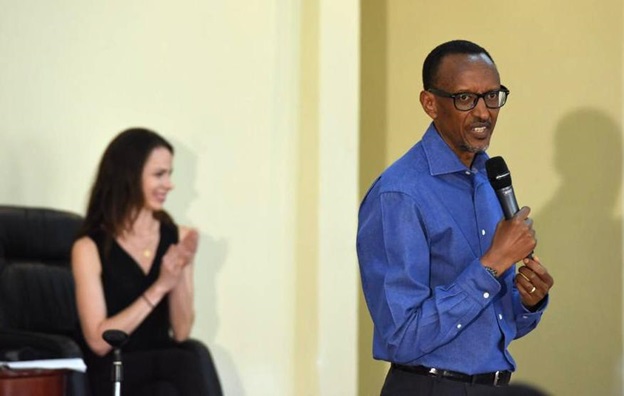 President Paul Kagame has said that the fight for global health equity should involve every human being.

“Young leaders like you, men and women…everyone has something to contribute. It can only work if we make it everyone’s business,” he said.

The President was addressing 128 leaders and fellows of Global Health Corps, who convened in Rwanda’s capital Kigali, to discuss challenges to global health.

Founded in 2009 by Barbara Bush-daughter to former US President George W. Bush, Global Health Corps has been mobilising a global community of emerging leaders to build the movement for health equity.

The initiative works in Rwanda, Malawi, Zambia; Burundi, Uganda and United states. In Rwanda, it works with Partners in Health, Clinton Health Access Initiative, Ministry of Health and Gardens for Health International, among others.

Out of all the global health corps from across Central, East Africa and United States, Rwanda has the largest hub of alumni, with nearly 50 strong leaders, working closely with Rwanda’s health sector.

“We are building a community of change makers that share a common belief,” said Barbara Bush.

For about an hour Kagame lectured Global Health Corps fellows that as young people, “Don’t give up. There has to be people who give hope to others.”

The President gave an example of how Rwandans fought and survived despite the dark days of the genocide against Tutsi in 1994; “We never gave up and we survived,” he said.

In an interactive session, participants discussed with the President a couple of things outside the health sector.

Angel Chaba from Malawi, asked President Kagame how his government has managed to empower women in all decision making positions in the country, “A case that has gone beyond the usual quarters in other countries.”

In response, Kagame said that Rwanda would not be doing smartly if 52% of its population is left behind.

“Empowering women in Rwanda was common sense. 52% of Rwanda’s population is women. I think one wouldn’t be smart in doing things that don’t include women.” “I don’t think anybody has proved us wrong.”

The President was appreciative of the work by Global Health Corps.

“We appreciate the work you’re doing. Let’s keep the movement growing and reach many other places.”