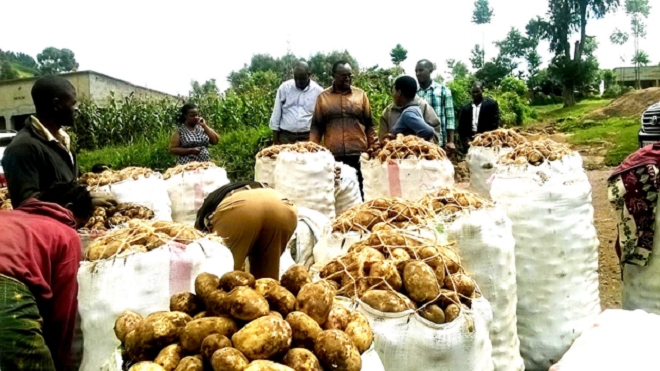 Traders are currently reaping big from price fluctuations of major food crops following an increased demand in the festive season.

Our reporter in Rubavu district says a kilo of Irish potatoes has hiked from Rwf85 to Rwf135.

Nyirishema Emmanuel a trader in Gatsibo district told KT Press, that a kilogram of Irish potatoes in Eastern Province has increased from Rwf170 to Rwf210.

He attributed the rise in prices to the rainy season that has made feeder roads impassable in Northern Rwanda, a major Irish potato growing zone.

“Truck drivers fear to drive deep into potato growing areas. The roads are slippery and this has affected the quantity supplied to the market,” he told KT Press.

Despite the price hike, farmers have more produce in the fields.

Eastern province agronomists  say districts of Gatsibo and Nyagatare are experiencing a bumper harvest of beans.

However, middlemen are currently purchasing the beans from farmers at relatively low prices.

Nyirishema says, the price of new beans has dropped to Rwf250/kg from Rwf450/kg in November. He said the Price of maize grain has increased from Rwf150/kg to Rwf300/kg

According to EAX, sometimes farmers get stuck with big volumes of produce because they lack market pricing information and end up making losses.

The national institute of statistics (NISR) says, in November2015, ‘Food and non-alcoholic beverages’, ‘Housing, water, electricity, gas and other fuels’ and Transport rose by 10.5%, 3.6% and2.0% respectively. 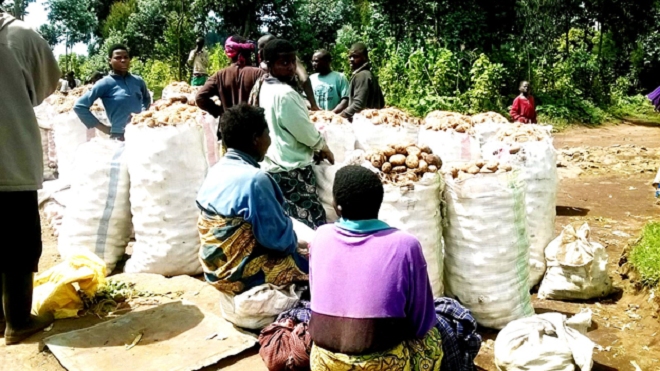 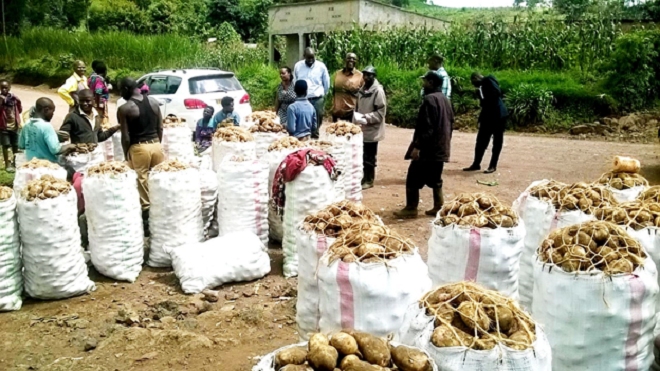 Irish Potato prices are rising depending on location