Kagame Running Out Of Patience, Warns Leaders On Delivery 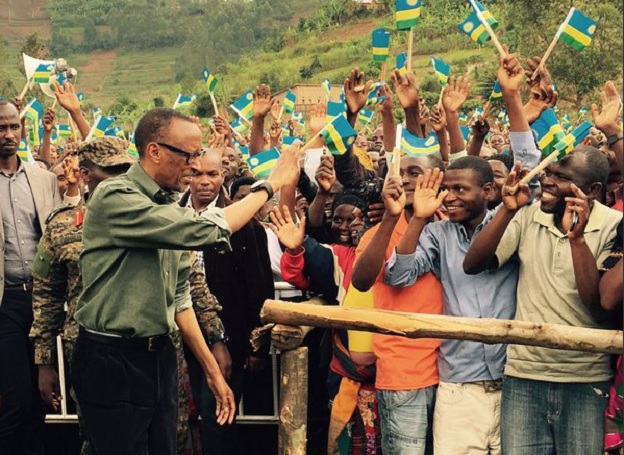 Kagame was addressing residents of Gakenke district in northern Rwanda as part of his three-day citizen outreach in the province.

The president regularly travels across the country to meet citizens and directly discuss pressing issues to find solutions collectively.

Among the issues the president raised this morning included the delayed construction of Gatonde hospital and Gakenke road that have not been completed since 1999.

“Producing under capacity or slow delivery is not acceptable. We cannot be satisfied until we reach our full potential,” Kagame said.

During the 13th National Leaders Retreat last week, President Kagame complained to 250 of his senior government officials that they were performing at a rate of only 40%. “What we are achieving does not match our capacity,” he said then.

Concerned about the lagging hospital and road construction projects in the district, the president was not impressed and warned the local leaders that they will be held accountable.

He ordered concerned ministries to stop other projects and ensure these projects are completed as soon as possible.

“There will be no tolerance for the mismanagement of resources that should be used for the benefit of citizens,” he said.

Another issued raised by the residents was the lack of internet connectivity to facilitate business in the district whose population is more than of 338,000 citizens.

When tasked to explain, MYICT Minister, Philbert Nsengimana, said indeed the area has no connectivity, but he promised that the district will receive 4G internet before the end of the year.

“You have heard, the internet will be here soon,” the President said, insisting that the service must be delivered as a matter of priority.

According to statistics from the Utilities Regulatory Body (RURA), the province has only 2% geographical coverage of 4G and 6% population coverage.

Other issues raised included access to improved and hybrid seeds for farmers. State Minister for Agriculture, Tony Nsanganira explained that the ministry has to import them, which he said is sometimes cumbersome.

This, the President doesn’t like. “Why import them, why not use our research center?” he said, mentioning Dr. Daphrose Gahakwa to emphasize how there are existing resources and people responsible for such issues.

Meanwhile, despite the fact that the country has limited resources, the President said Rwandans should not despair, instead must work hard and achieve their desired goals.

“Although the road ahead remains long, what you have achieved to date is proof of your abilities to do even more.”

In Kagame’s view, the level of delivery is mediocre. He believes the mediocrity is a “result of tolerating failures”.

Facts about the district

Gakenke district suffered serious insecurity between 1995 and early 2000. The area was infiltrated by rebels based in DRC who would cross into the district and other parts of northern province looting and killing.

However, the army restored security after a full military operation.

Kagame commended the residents for  having worked together with government and security organs to restore peace and security in the district.

The district is also regularly marred with corruption and under performance. In 2011 for example, four top officials were involved in the loss of Rwf 90million.

In 2014, among the last three performing districts in the implementation of performance contracts included Gakenke, which was last on the list at number 30; Karongi came in 29th position; and Kamonyi 28th.

Apparently, when officials heard the president was visiting, they mobilised all the arrears (over Rwf50m) meant for expropriated residents and came with it. The President suggested that they should also add an interest for delaying.

Meanwhile, before leaving the district, President Kagame reiterated that for projects that have dragged on and on yet there is capacity to solve the challenges, the trend “must stop”.