The sorrow of losing a bread winner can be more agonizing when the family and children have to pay unsettled bank loans left behind by the deceased.

Starting with next year 2017, family members of soldiers, police and correction service officers will not have to worry about this burden.

The Zigama CSS bank general assembly today resolved that its deceased members that had acquired loans amounting to Rwf 25 million and below will not service the loan but the bank itself will absorb the double loss of losing their members and the credit.

“The assembly deemed it necessary to service loans of deceased member’s loan amounting to twenty five million. But any amount above this limit will be paid by the family of the deceased,” Dr. James Ndahiro the Chairman of Zigama CSS said this December 20, 2016.

ZIGAMA Credit and Savings Society (ZIGAMA CSS) is a financial cooperative with a membership exclusively made of state security organs (the National Army and Police).

The bank has gradually expanded its network from one main branch in Kigali to other regions throughout the country and now counts 16 branches which operate online. It has a membership of over 72,000 members and 148 employees.

The bank offers short, mid-term and long-term loans to its members with an interest rate on loans at 15% unlike banking institutions which have an 18% rate and even more which is mostly considered high for common citizens.

With the growing number of members over the past 19 years the General Assembly also resolved to reduce the interest rates on loans to 13% starting with 2017.

“This decrease in interest rates is aimed at increasing the bank’s outreach and support to members,” Dr. Ndahiro said.

The bank made Rwf5billion in profits in 2016 and targets to make over Rwf6billion in 2017.

So far the bank made it easy for its members to access loans and has so far provided 83% of the members (junior officers) loans. They managed to start small and medium sized income generating projects.

“The bank has helped its members to access loans to support their families. The decision to take up responsibility over the deceased member’s loan was taken to emphasize this support and reduce the burden on their families,” said Lt. Col Rene Ngendahimana, the RDF spokesperson. 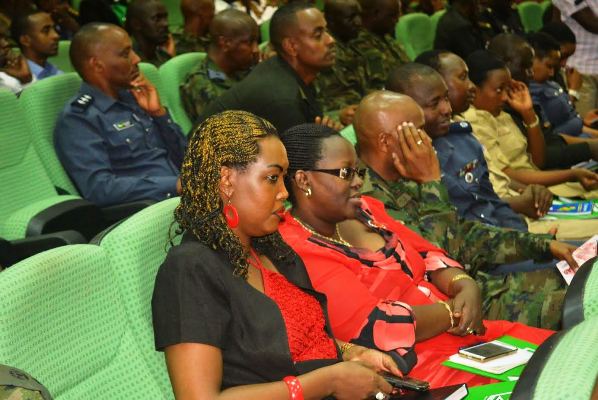