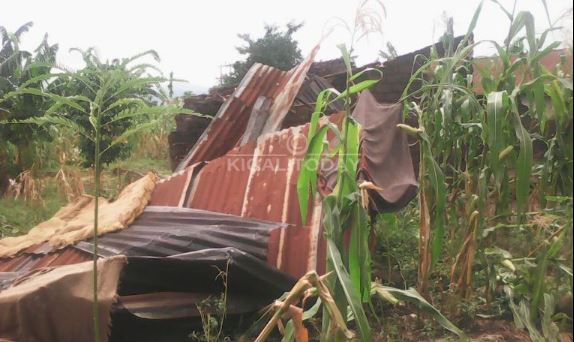 Rwanda is seeking at least Rwf 5 billion to repair damages caused by disastrous rain that hit five districts in the past three weeks leaving hundreds homeless.

Residents in districts of Nyarugenge, Kicukiro, Kamonyi, Rusizi and Muhanga were hit by a devastating rain between January, 1-25.

The rain cost life to three people including two in Nyarugenge district and one in Kicukiro district after houses fell on them.

According to Phillippe Habinshuti, the Director of disaster response and recovery in Ministry of Disaster Management and Refugee Affairs, 22 houses were completely demolished following heavy rain across the five districts, at such a point that, “we will need to rebuild from scratch.”

He also said, 963 houses were damaged, but the damages are repairable.

Also 16 schools were affected with rooftops blown off. Some students could not go to school when the academic year started on January 23rd.

Four roads, one bridge and one trench were destroyed by floods while two electricity poles were broken down. The heavy rain also destroyed 95 hectares of land and killed four cows.

“So far, we managed to lend a hand to families that lost essential house equipment in Kamonyi and Nyarugenge districts. Over rwf 7.5 million were spent on several equipment and more will be raised to help all those affected across five districts,” said Habinshuti.

“Some are in housing domain, others in farming. We expect them to file their reports within two weeks,” said Habinshuti. 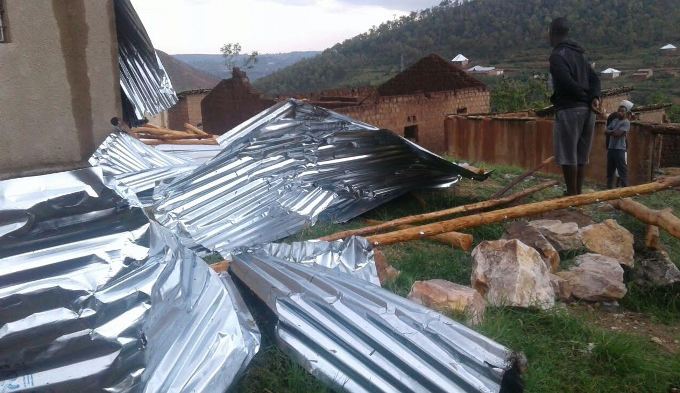