The Spanish NGOs Pleading for Ingabire Victoire at African Court 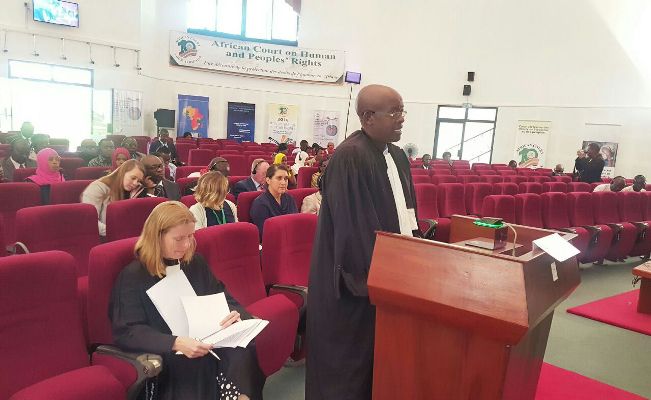 Ingabire Victoire Umuhoza, serving a 15-year sentence affirmed by the highest court in Rwanda has taken her case to the African Court on Human and Peoples’ Rights in Arusha (AfCHPR).

But as KT Press reports, the campaign in her support is being led by NGOs from Spain.

Ingabire was found guilty of spreading rumours with intention to incite the public to rise up against the State, endangering state security and minimizing the 1994 Genocide against the Tutsi.

On Wednesday March 22, Rwandan lawyer Gatera Gashabana and Dutch counterpart Caroline Buisman appeared before judges in the chambers of the AfCHPR.

The defense legal team is challenging her imprisonment – and wants the African court to declare it unlawful, and that she did not receive a fair trial.

Caroline Buisman, a vocal detractor of the Rwandan government, was last year expelled from Rwanda after committing immigration fraud.

She was also condemned by CNLG (National Commission against Genocide) for telling a Dutch district court, during a genocide fugitives extradition hearing, that the “government of Rwanda uses 1994 Genocide against Tutsi commemorations for its political agenda and is a manipulation.”

Two fugitives Jean Claude Iyamuremye and Jean Baptiste Mugimba have since been extradited to Rwanda where they will be tried for genocide and crimes against humanity.

The Government of Rwanda did not show up yesterday, having already informed the court in writing that it would not be taking part in the case.

Justice Minister Johnston Busingye warned the court that it risked being used as platform for “political propaganda” by Ingabire’s associates, and “not for the ends of justice”.

Rwanda says there is a pattern in the five cases being handled by the AfCHPR aimed at categorizing Rwanda as a country “where serious infringement of human rights are taking place.”

By so doing, the “project objectives” as Rwanda’s letter to the court argues, include “obtaining legal judgments condemning” the Rwandan government.

In the 21-page letter to the Registrar, obtained from a source within the court, Rwanda also accused the court of taking sides with “individuals convicted of serious international crimes including genocide.

Rwanda also said it was “denied the opportunity to be heard on concerns raised about the role of some NGOs which we believe have and still interfere with the court’s mission”.

KT Press has obtained a list of NGOs, all from Spain, that are funding the work of Ingabire’s legal team of Gashabana and Buisman.

All these NGOs have been mobilized by European Parliament member Rosa Estaràs Ferragut from Majorca region of Spain. KT Press reported in February the connection between members of Ingabire’s family who are Ferragut’s neighbours in the Mediterranean island.

Influenced by her constituents, the Spanish MEP Rosa Estaràs Ferragut has made it her mission to use all the political power in her possession to campaign for Ingabire. 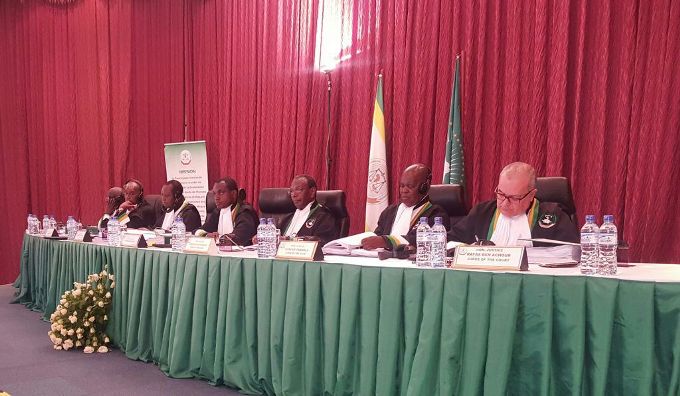 In September last year, Ferragut was part of a delegation of MPs from the Women’s Rights and Gender Equality Committee who visited Rwanda. They travelled to different parts of Rwanda, met government officials – and attempted, without required permission, to visit Ingabire in the prison where she is serving her sentence.

MP Ferragut, using the unwritten consensus rule with which MEPs operate in relation to each other, convinced her committee colleagues to sign on to a resolution condemning Rwanda’s rights record. The non-binding text mentioned only the case of Ingabire.

A shocked Justice Minister Busingye told KT Press at the time, “I can say three things; It is disappointing that the EU Parliament can attempt to behave in a patronizing, imposing and arrogant manner. I thought this day and age was for partnership. Secondly, the resolution is a mumble jumbo shopping list with no ascertainable value. It is not based on facts or any attempt to establish them.”

Rwanda has maintained it did communicate its concerns to the Registrar of AfCHPR, which should have followed due process to reject the submissions from Ingabire and others.

“The registrar’s suggestion that Rwanda can raise these issues during the hearing of any of the cases against Rwanda would serve only to legitimize a process we believe to be otherwise,” said Busingye in his letter informing the Court that Rwanda will not take part.

An official of the court who did not wish to be named questioned the process, “Of course we want to see justice done, but I have serious doubts about activists with their own unclear agendas and non-African political groups using convicted criminals to attack an African state. There’s something not quite right here.”

Meanwhile on Wednesday, the Ingabire hearing went on all day. A date for verdict has yet to be set.

Many Turn Up For Umuganda Ahead of 23rd Commemoration of Genocide