Rwandans in Kenya Report Calm Mood Ahead of Elections Results 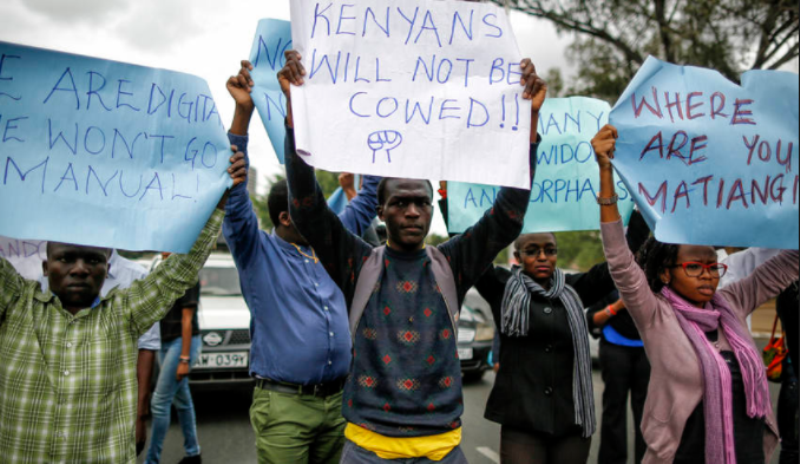 He thought the situation could have turned worse in his Kasarani residence amid Kenya’s repeat presidential elections.

The famous Kasarani area is home to many Rwandans working or living in Kenya.

On Saturday Kenya’s Independent Electoral and Boundaries Commission (IEBC) conducted elections in the four counties where voting had not taken place.

A statement from the electoral commission released last night said that the process in four counties had gone on well and provided Kenyans an online platform where they can follow elections results.

On Sunday, the commission said it had received hard copy results from 256 constituencies, with 235 verified and posted.

Amid media reports of possible political unrest following final results, Rwandans living in Kenya told KT Press there has been no signs of violence for the last two days.

“I think what is reported in the media contradicts the situation on ground at the moment. For example, the situation is normal with businesses going on well in my Kasarani residence and its neighborhood,” Kubwimana told KT Press from his residence.

Across the streets in these counties, business is booming, “But Odinga supporters wait much from his statement due on Monday,” Jean Pierre Ngirabahire, a Rwandan student at Daystar – Kenya’s Christian University in Nairobi said.

Ngirabahire is also a broker who travels upcountry all the time and he says that it is relatively calm.

Raila Odinga said he will never recognize incumbent president Uhuru Kenyatta as President and he has declared the formation of National Resistance Movement which is seen by the government as militia movement.

According to Carine Kalinda – a Rwandan student at Strathmore University in Nairobi, “Everyone is waiting for what will happen tomorrow. But studies are going on well as usual,” she said.

Kenyan elections mean a lot to Rwandans. Alex Musana – a businessman based in Kisumu told KT Press “A peaceful elections is sign of sustainable businesses for all of us. We don’t wish to see a repeat of a crisis like it was the case in 2007,” he said.