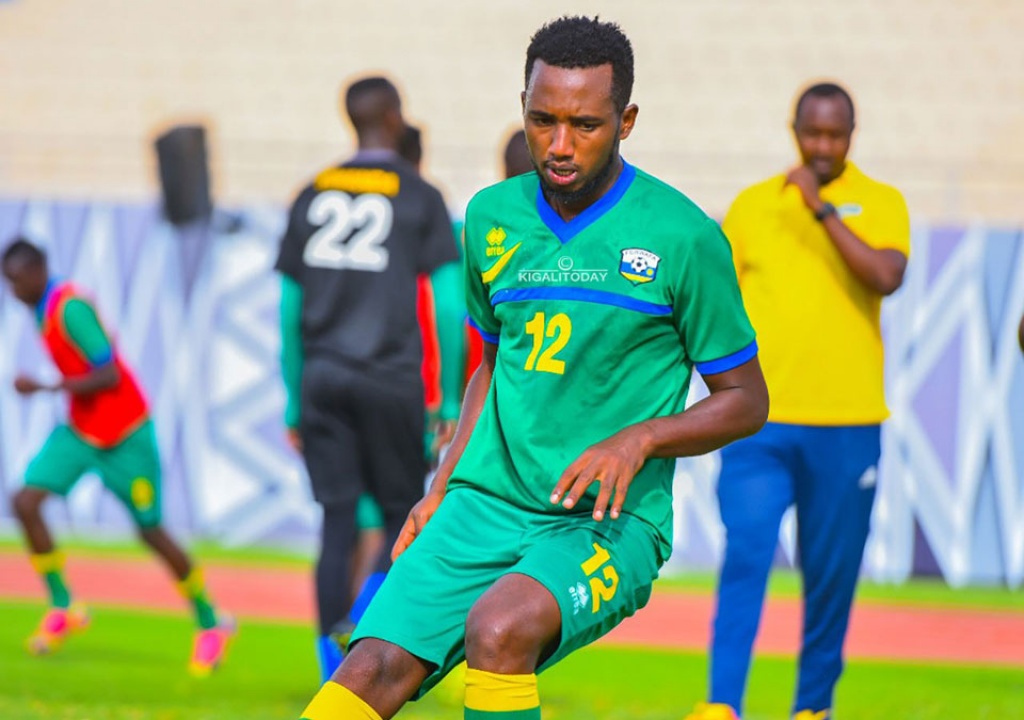 The Rwanda Men’s Senior Football team, Amavubi, need a win against Ethiopia on Sunday afternoon if they are to think of keeping their hopes alive to make it to the 2018 Total Africa Nations Championship finals.

Rwanda face Ethiopia in the first leg of this hastily arranged qualification play-off tie on Sunday at Addis Ababa stadium before hosting the second leg on November 12th in Kigali.

The Amavubi team arrived in Addis Ababa on Friday night and are currently residing at Addis Ababa Intercontinental Hotel. They held their final training session on Saturday afternoon.

Speaking to KT Sports on Saturday from Addis Ababa, Amavubi head coach Antoine Hey said, “Everything is positive, we had a very good journey to Ethiopia. We have no injuries and complications, all in all we are very satisfied with preparations so far and now we get the last couple of hours together before we go out against Ethiopia.”

“We had terrible pitches in Tanzania, horrible pitch in Uganda and now here. I don’t know what is going on in the East African region. They really need to improve. When you see our stadium, Amahoro, it is in top class condition and this is how it should be. At the end of the day, it’s disrespectful towards the game of football.”

“However, we will deal with Ethiopia, the way we did against Tanzania and Uganda where we had a lot of problems on the field but as I said we learnt from mistakes, we know what we have to do as we aim to win this game,” added Coach Antioine Hey.

The Amavubi skipper Eric Ndayishimiye said, “We are ready for the task. It’s now or never and everyone in camp knows that we are here in Business for a win. A win away from home is what we aim for but we finish the Ethiopians in Kigali during the return leg.”

Meanwhile, Ethiopia’s league’s top scorer last year Getaneh Kebede believes the tie against Amavubi present an opportunity for redemption and is rallying his teammates to make the most of it.

“We are adequately aware that the public are not happy with our current form. Our recent results show why.”

“We are prepared to fight hard to regain our position and qualify for CHAN,” Kebede said.

Ethiopia take on Rwanda without leading African Champions League top scorer Salhadin Said of St. George and teammate Gadisa Mebrate who have been left out of the team due to injury.

Both Rwanda and Ethiopia are not facing for the first time. Recent meetings between the two sides have seen Rwanda emerging on top.

In the competitive matches played on the 8th of June and 14th of July in Addis Ababa and Kigali respectively, for the 2014 South Africa CHAN Qualifiers. Both teams won home matches 1nil each before Rwanda 6-5 on penalty shootouts.

Rwanda and Ethiopia are vying for a final place at next year’s CHAN finals following Egypt’s withdrawal after clubs refused to release players as the tournament for home-based footballers is not staged during a FIFA international window.

The Egyptians were eliminated in the qualifying competition by Morocco, who then replaced unready Kenya as hosts, creating a vacancy in the 16-team field.

Egypt were reinstated only to pull out, leaving Ethiopia and Rwanda to play each other on November 5 and 12 for a finals place.

Rwanda and Ethiopia and Rwanda were eliminated during the final qualifying round and the organisers said they were given a second chance as “part of a concern for fairness”.

Qualification is regional and the east will now have three representatives along with the centre and south while the west has five and the north two.

Morocco will host the Nations Championship draw in Rabat on November 17, and the tournament in Agadir, Casablanca, Marrakech and Tangier between January 12 and February 4.

Rwanda graced the last edition of the tournament which they hosted in 2016 – reaching quarters where they got eliminated by the eventual winners the DRC.