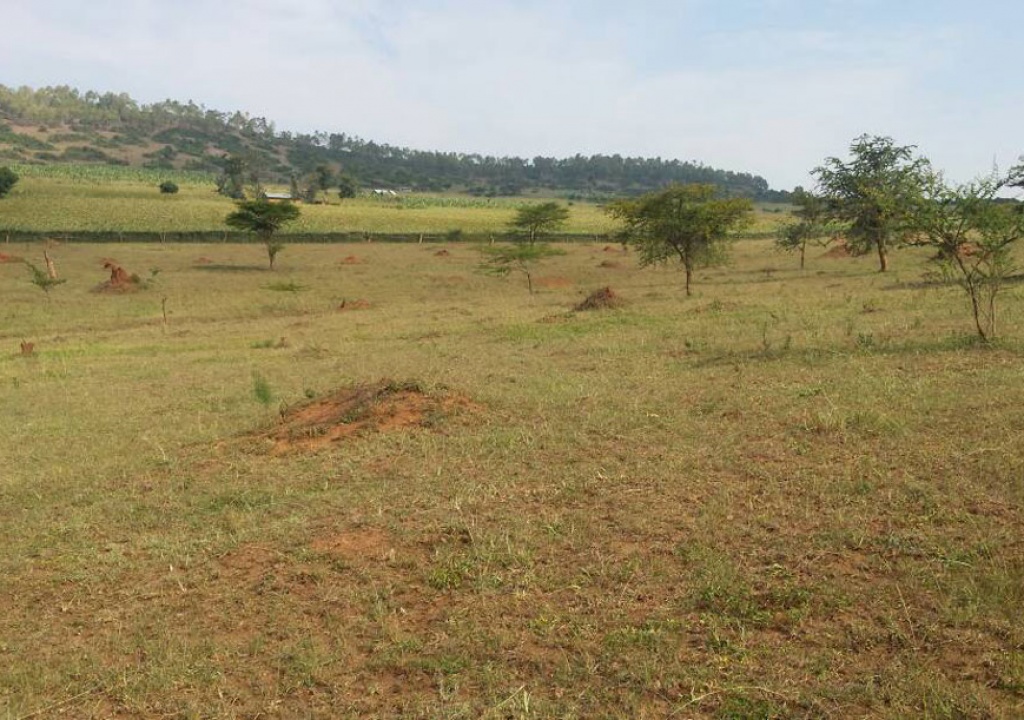 In 2008, President Paul Kagame travelled to Eastern Province to preside over a land redistribution exercise and almost every resident in the four main districts; Kayonza, Gatsibo, Kirehe and Nyagatare got equal land.

Eric Mugarura was given 25 hectares of land at Karama village in Nyagatare district. He wanted to become a big cattle farmer in the next ten years – starting with 10 exotic cows he had already acquired.

“I adopted modern farming practices following intensive training offered by the Rwanda Agriculture Board (RAB),” Mugarura told KT Press, adding that with these cows he was going to overcome poverty.

A year later, 5 of Mugarura’s cows produced – leaving the farmer with surplus milk which he sold for Rwf250 per litre.

With the growing milk production in country wide since 2011, government established 70 milk collection centres most of them in Eatern Province.

Each milk collection centre cost Rwf50m ($58,000), government provided 20% of the funding while up to 60% was a loan from Development Bank of Rwanda (BRD). Farmers’ equity investment was 20%.

According to Justin Zimulinda – head of livestock in Eastern Province, Nyagatare district alone produces up to 50,000 litres of milk everyday during rainy season.

When Mugarura’s 5 exotic cows were producing 100 litres of milk daily, he was earning Rwf25, 000 daily from milk sale.

But on average, each cow’s production reduced from 20litres to between 5 to 10 litres daily during dry season – a trend that affected his income especially that the cost of feeding cows had become hectic for him.

“This reduction in milk production, though, does not affect the hiking prices of animal feeds,” Mugarura says.

Apollinaire Ngarambe, another farmer in Ngarama sector, Gatsibo district in the same province, rears Fresian cows. He says the cows are expensive to maintain because milk prices are too low.

Currently, a litre of milk from a farmer is sold at Rwf200 in Nyagatare district. But Rwf24 goes to Inyange Industries – a local company that produces milk related products among other varieties.

Inyange has an agreement with farmers to buy their  milk in large quantities and according to officials at Nyagatare-based milk plant, the amount deducted is part of maintenance.

In addition, Rwf6 is deducted and sent to the coffers of the Union of farmers’ cooperatives, meaning a farmer remains with Rwf170 ($0.1) leaving them in deficit. 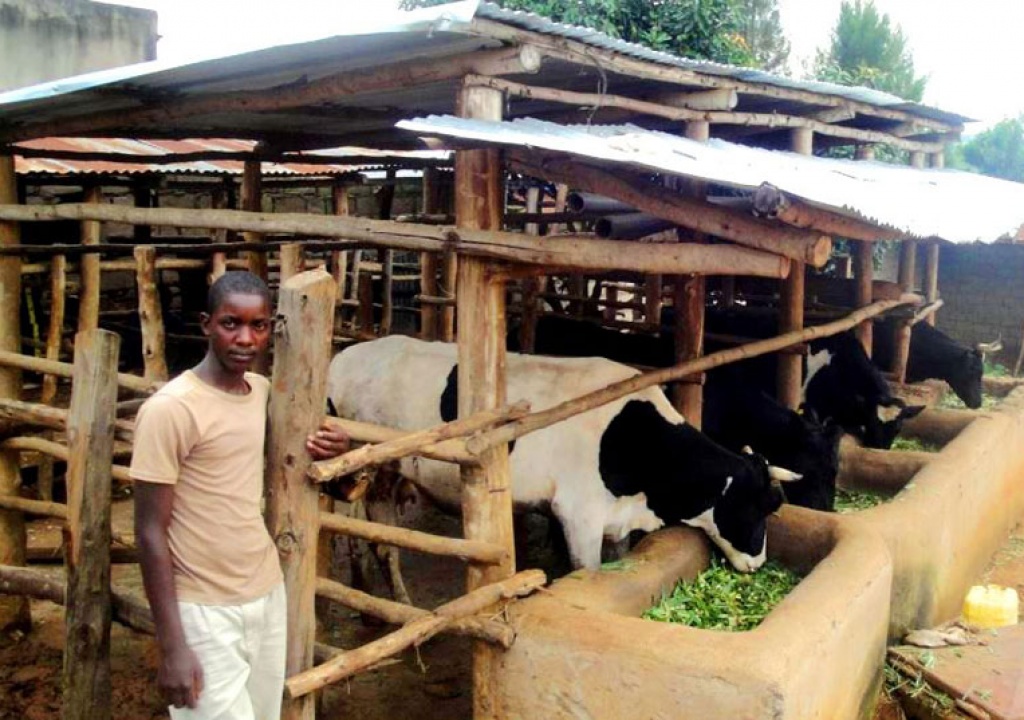 Young man attends to cows at a zero grazing pen

With such income and given the cost of maintaning exotic cows, some farmers in Eastern Province have resorted to crop farming especially banana plantations.

Eric Nyemazi is one of them; he decided to plant bananas on 8 of his 20 hectares of land.

“The cost of cows is higher than managing a banana plantation. I have decided to venture into crop farming business,” said a resident of Kabarore sector in Gatsibo district.

Bananas are among the major commodities in Rwanda used both as cash and food crop.

According to statistics, at least every Rwandan consumes 144 kgs of bananas per year. Bananas in Rwanda are currently grown on 213, 000 hectares covering 23% of arable land in the country.

They are about 4 main types of bananas grown in Rwanda. These include; edible banana (eaten boiled) which covers 30% in the country, desert banana for ripe fruits and industrial brewing (10%); beer banana for brewing which covers 60% and plantain for cooking and roasting.

“Growing bananas is becoming more profitable than rearing exotic cows. For instance, in a period of 17 months, bananas can be ready for harvest at low cost probably Rwf300, 000. I can make over Rwf5 million every season from my plantation,” says Nyamazi.

“Apart from the cost of animal feeds, the cost on banana growing is better without considering other costs that go along while maintaining Fresian cows.” 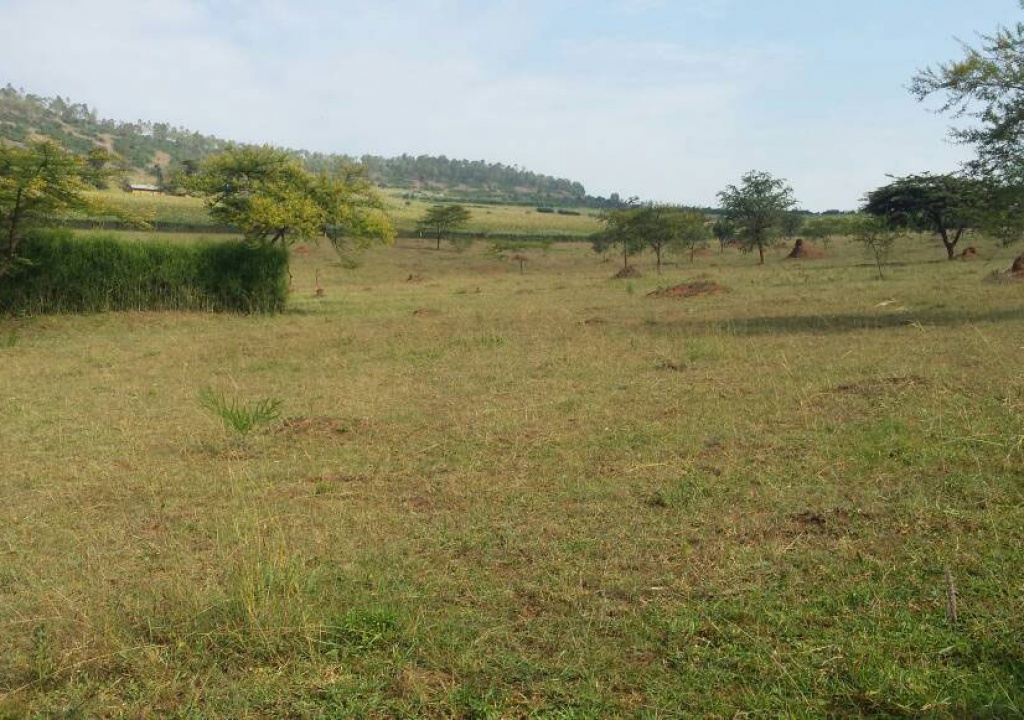 While livestock farmers are switching to crop farming, Rwanda Agriculture Board warns the law is clear and provides guidelines on land use.

According to Dr. Christine Kanyandekwe – head of Animal Resources Department at Rwanda Agriculture Board, the law was put in place to give directives on land use in the districts of Nyagatare, Gatsibo, Kayonza and Kirehe which were affected by the 2008 land redistribution exercise.

“Directives are there and are very clear on what land should be used for what,” she told KT Press.

According to Justin Zimulinda – Director of Animal Resources Extension in Eastern province, said cases of cattle farmers vacating or misusing land for other crops have been on the rise in Eastern Province.

“We are dealing with such farmers who only mind about short-term profits by misusing land meant for livestock farming in favour of crops,” he told KT Press.