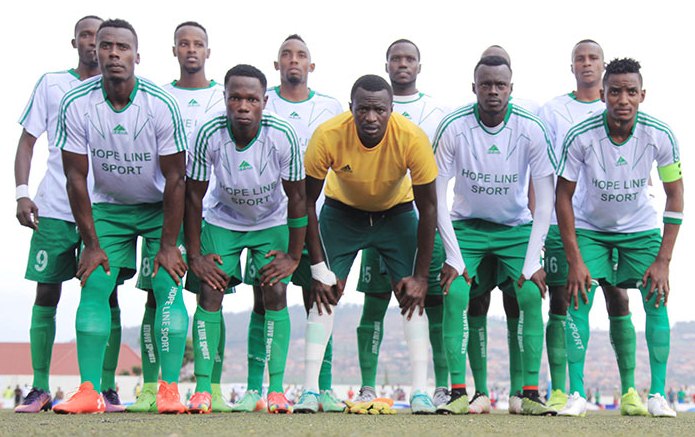 Due to the National team engagement in the Africa Nations Championship (CHAN) final tournament, Rwanda’s Azam Premier League will resume on February 6, 2018.

According to Rwanda Football Federation, the league has been put on hold to enable Amavubi prepare and participate in the Africa Nations Championship (CHAN) final tournament which will be held in Morocco from January 13 to February 4, 2018.

The decision was taken on Sunday by the FERWAFA Executive Committee during their end of year plenary held at Rwanda Football Federation (FERWAFA) head quarters in Remera, Kigali City.

The Azam Rwanda Premier League which will be in its match day 11 will resume on Tuesday 6 February and Wednesday 7 February 2018.

SC Kiyovu goes into the New Year at the summit of the Azam Rwanda Premier League standings with 20 points in ten matches played.

AS Kigali are in second-place with 18 points while 16-time league champion and Peace Cup holders APR Fc are third with three points behind leaders SC Kiyovu.

Rayon Sports who will be representing Rwanda at the 2018 Total CAF Champions League are placed fourth and joint on 15 points with Mukura VS, Police Fc and Sunrise Fc respectively.

Musanze are ranked 14th with nine points, one ahead of relegation battling sides Miroplast Fc and Espoir Fc who have 8 points each and separated by goal differences.

The 23-Amavubi squad for the continental tournament heads to Tunisia on New Year for a 10-day training camp where they will reconnect to Morocco on January 11, 2018.

Rwanda is placed in Group C of the Africa Nations Championship (CHAN) alongside 2014 winners Libya, Nigeria and Equatorial Guinea.

The top two teams in Group C will proceed to the last eight.

The competition which is designed for players plying their trade in their country’s domestic league will end on February 4, 2018.