Rwanda has requested The Netherlands to arrest, try or extradite to Rwanda Charles Ndereyehe Ntahontuye, a man who invested heavily in the financing, execution and denial of the 1994 Genocide against Tutsi.

Founding member of the CDR and former director of Rwanda Institute of Agronomic Research (former ISAR) Ndereyehe fled Rwanda to Democratic Republic of Congo (DRC) late in 1994 before settling to The Netherlands.

Since 20 April 2010, Ndereyehe has been subject to an international arrest warrant issued by Rwandan courts. He is also on the list of people wanted by Interpol.

In a Press release, Jean Damascene Bizimana, Executive Secretary of the National Commission for the Fight against the Genocide (CNLG) on Monday said the institution “requests the Netherlands to try Ndereyehe Charles.”

He said, “Due to lack of judgment, Dutch justice should extradite Ndereyehe to Rwanda as was done for Jean Claude Iyamuremye and Jean Baptiste Mugimba extradited to Rwanda on 12thNovember 2016.”

But who is this man?

Ndereyehe was born in former Cyabingo, Ruhengeri prefecture which was one of strongholds of genocidal government.

Bizimana brought in details the role of Ndereyehe in perpetuating the Genocide against Tutsi and his leading efforts to mislead the world about all facts today.

Introduced a formula of Genocide Plannig/Financing

According to Bizimana, Ndereyehe could be one of the officials of genocidal government who used the power bestowed on him to finance the Genocide, even involving all his deputies.

At that time, he collaborated with Captain Faustin Sebuhura, Deputy Commander of the Gikongoro Gendarmerie to establish Interahamwe militia in Gikongoro prefecture – now made of Nyamagabe and Nyaruguru districts.

Sebuhura and Ndereyehe, are neighbors – they hail from former Ruhengeri prefecture.

Justin Ayurugari, head of ELECTROGAZ and Celse Semigabo, public prosecutor were also part of this odd team and were all prosecuted over genocide offences.

In Nyamagabe, headquarter of former Gikongoro Prefecture, the killings of Tutsi was one of the worst in Rwanda.

At Murambi Genocide memorial, more than 50,000 Genocide victims are laid to rest. 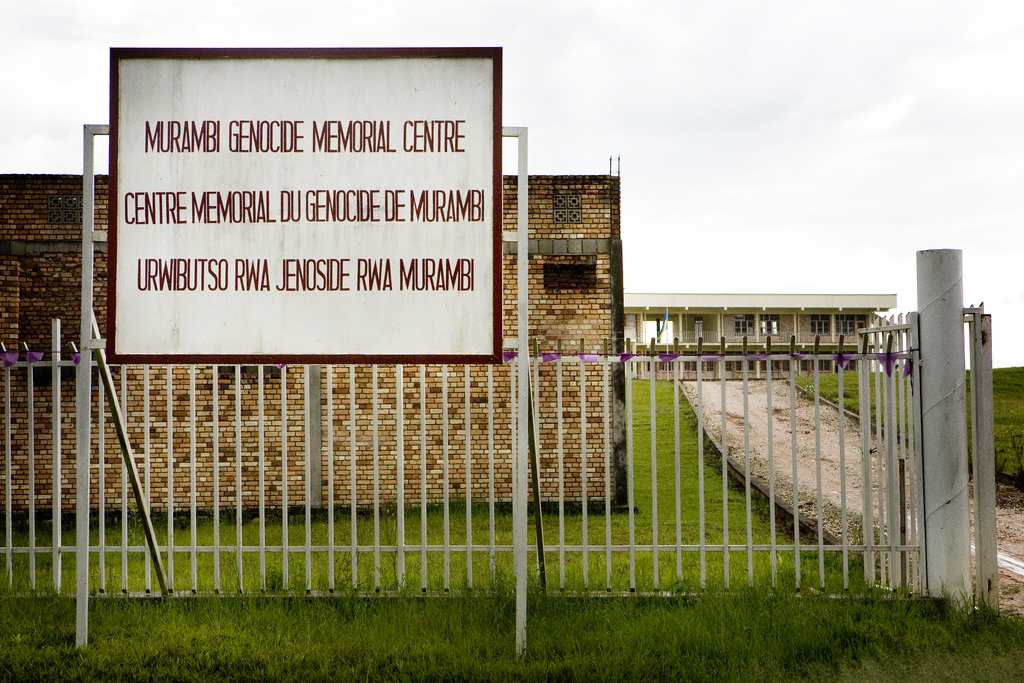 Ndereyehe found that this was not enough, and then proceeded to the intellectual community, to recruit genocide planning associates.

In 1992, along with extremist intellectuals, including Ferdinand Nahimana, Dr. Eugene Rwamucyo, Dr. Jean-Berchmas Nshimyumuremyi and others, Ndereyehe created and led a criminal group called the Cercle des Républicains Progressistes, which sensitized students to prepare for genocide in university campuses of Nyakinama and Butare.

“Ndereyehe was first a member of the presidential party MRND.  But in 1992, he left the MRND and contributed to the creation of a radical Hutu party, Coalition pour la Défense de la République (CDR), whose role in the genocide committed against the Tutsi in 1994 is crucial,” reads CNLG press release.

Ndereyehe’s Genocide involvement was the highest in ISAR where he was appointed as Director General in 1993, one year before the Genocide.

Upon arrival at ISAR, he drew a plan to kill his Tutsi staff and the Tutsi neighboring his institution.

“He first set up a committee of killers in Rubona as well as in its seven branches scattered throughout the country,” Bizimana said.

“Ndereyehe chased or transferred non-extremist employees of ISAR Rubona and retained in the management positions the only staff members who shared his anti-Tutsi stance who agreed to commit Genocide.”

He started involving his Director in charge of Human Resources, Didace Mugemana, to make the issue official. 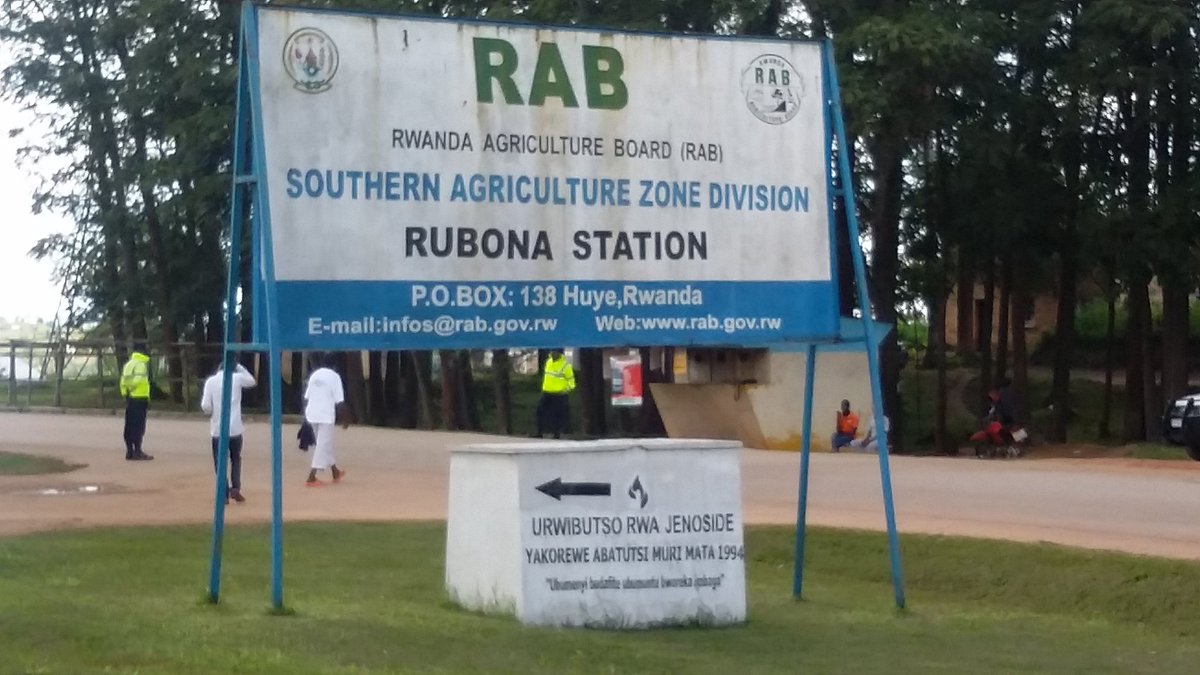 The CNLG leader quoted an official letter that  Ndereyehe sent to Mugemana On Mach 21 1993, bestowing him with power to execute any plan as it pleases him. All staff got a copy.

To show allegiance to his boss, the following morning, Mugemana started a militia at ISAR.

“Captain Ildephonse Nizeyimana, who was like him from the north of the country, organized their training on weapons handling at the Ecole des Sous-Officiers (ESSO) in Butare,” says Bizimana.

“Those who completed the training returned to Rubona and in turn trained other militias in the forest estates of ISAR Rubona and Songa.”

The lead trainer was Captain François-Xavier Bilikunzira, who was also involved in the perpetration of the genocide in Nyanza town and surrounding communes. He had a troop of other gendarmes under his command.

Ndereyehe then prepared the Genocide logistically by deploying the institution’s vehicles for the killers.

“The great massacre took place on 26thApril, 1994. More than 300 people were killed under his orders, men, women, children, and babies,” Bizimana said.

In May 1994, when Prime Minister Jean Kamabanda created the auto-defense civile a reinforced system of killing the Tutsi where arms were distributed to Hutu extremists, Ndereyehe got a hint.

He recommended a deduction of 20% from the May 1994 salary of every ISAR employee, to finance the killings.

Government officials then cited his case as being examplary while saying; “Ndereyehe, the Director of ISAR, in agreement with the Board of Directors of this institution, have secured a financial contribution of Rwf1,000,000, in such a way that anyone who disarms an Inyenzi-Inkotanyi and brings back his weapon will receive a reward of Frw10,000.”

According to CNLG’s Bizimana “this corresponded to the direct and public encouragement to persecute and kill the Tutsi.”

Ndereyehe’s example then helped the organizers of Auto defense civil to understand that it was possible to mobilize logistics for killings. They used his financing model to kill the Tutsi in Bisesero- western province.

According to CNLG, Ndereyehe left Rwanda in 1994 when the criminal government and its army lost the war. Refugee in DRC, he was a founding member of an extremist political-military movement, the RDR, based on the ideology of Genocide. The movement was created on 3rdApril, 1995.

Ndereyehe currently lives in the Netherlands and is one of the leaders of the FDU-INKINGI, a terrorist party holding Genocide ideology.

“In numerous press releases of the FDU-INKINGI that he publishes, Ndereyehe fiercely denies the Genocide committed against the Tutsi, preaches genocide denial and attacks the memory of this genocide by calling it a “business fund”.

He also coordinates activities of other extremist groups of radical Rwandan exiles, nostalgic for an ethnic ideology that led to the genocide committed against the Tutsi in 1994. Among these groups are the FEDERMO (Federation of Rwandan Organizations in the Netherlands), CARP (Collective of Rwandan Associations in the Netherlands), RIFDP-NL (International Network of Women for Democracy and Peace), DEN HAAG, Pro Justitia, FFDR (Foundation for Freedom and Democracy in Rwanda).

Meanwhile. the Dutch courts have already tried Joseph Mpambara who was sentenced to life on July 7, 2011 for crimes he committed in Mugonero during the Genocide.

Similarly, Yvonne Basebya Ntacyobatabara was tried in Netherlands and sentenced, on March 1, 2013 to 6 years and 8 months in prison after being convicted of crimes committed in Gikondo during the Genocide.