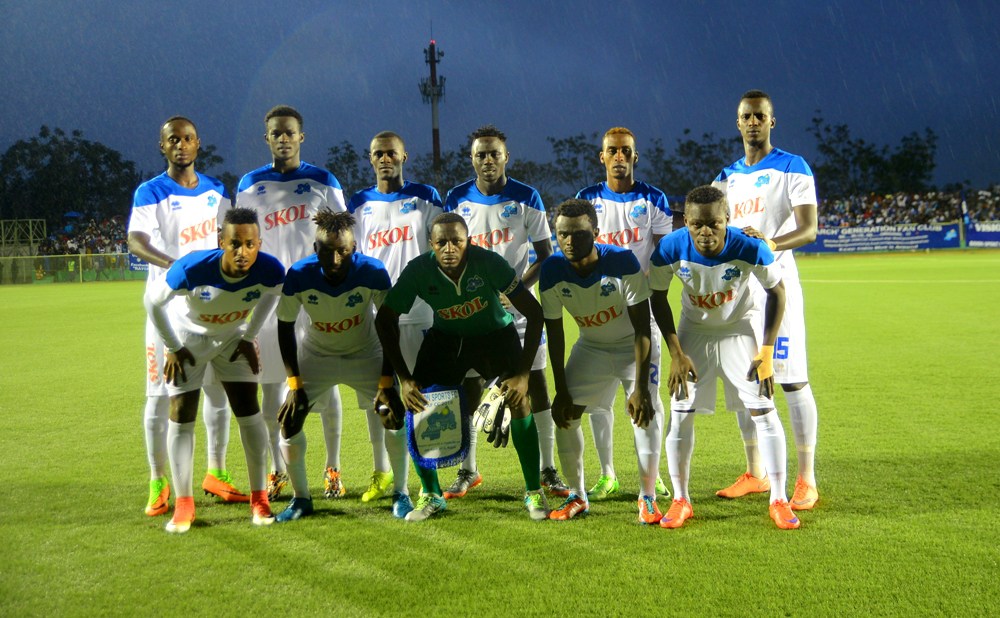 Rayon Sports secured a 3-2 goal aggregate to advance for the first time to the CAF Confederation Cup on Wednesday night in Maputo. Courtesy Photo

The Rwandan league giants advanced 3-2 on aggregate to the 16-club mini-league stage after winning the first leg 3-0 in Kigali 10 days ago.

Hosts Clube de Desportos da Costa do Sol earned two first half goals courtesy of Nelson Nesto in the 34th minute and Tisdell Terence on stroke of half time. The home side also missed a penalty.

In the second half, there were minimal chances from both sides but Shaban Hussein Tchabalala and Christ Mbondi had a few chances but could not convert them past Costa do Sol goalkeeper.

The Blues held onto their toes and defended well to only concede two goals. The result granted a historical qualification for the blues to the 2018 CAF Confederation Cup Group stages.

The day’s action kicked off in spectacular style in Pointe-Noire, where the Congolese derby between hosts CS La Mancha and DRC visitors AS Vita ended in a 5-1 win for the away side, thanks to four goals from Jean-Marc Makusu Mundele.

The victory sealed a 6-1 aggregate triumph for Vita, who became the first team to qualify for the Confed Cup group stage.

They were joined by Ivory Coast giants ASEC Mimosas, who showed their resilience in claiming a goalless draw away to Algeria’s CR Belouizdad. Having won the first leg 1-0, the Black and Yellows advanced by the narrowest outright margin.

While Belouizdad were unable to overturn a first-leg deficit, their compatriots USM Alger had no such problems against Nigeria’s Plateau United. Two goals to one down from the first match, the North Africans claimed a 4-0 home win – featuring goals from Oussama Darfalou and Kadour Beldjilali – to advance 5-2 on aggregate.

The final match of the day took place in Port Said, Egypt, and saw hosts Al Masry edge CF Mounana of Gabon 2-1 to advance 3-2 on aggregate. Mohamed Koffi and Esalm Eisa netted the goals for the North Africans.

Congs to our beloved team Rayon Sport its a God’s team we plaised the Lord to protect our team.I’m happy i’m gona pass this night happily.Thanks God