President Kagame has said that Rwanda Defence Force (RDF) is trained and prepared to fight wars but not to start or cause them.

Speaking on Friday after officiating the Officer Cadet Commissioning ceremony at the Rwanda Military Academy in Gako, Bugesera district, Kagame, said that despite not being trained to cause wars, RDF is always ready to help those causing wars to finish them.
“But if others make us their problem and choose to start a war with us, that is when we use judgment, determination and training to fight and finish it for them,” Kagame told 180 new officers, their parents and participants.
The officers commissioned were given the rank of Second Lieutenant – becoming the third generation to graduate from Rwanda Military Academy in Gako.
The officers who were commissioned today include 153 who were trained for one year, 22 who conducted a six-months training and four who graduated from a military academy in Tanzania. 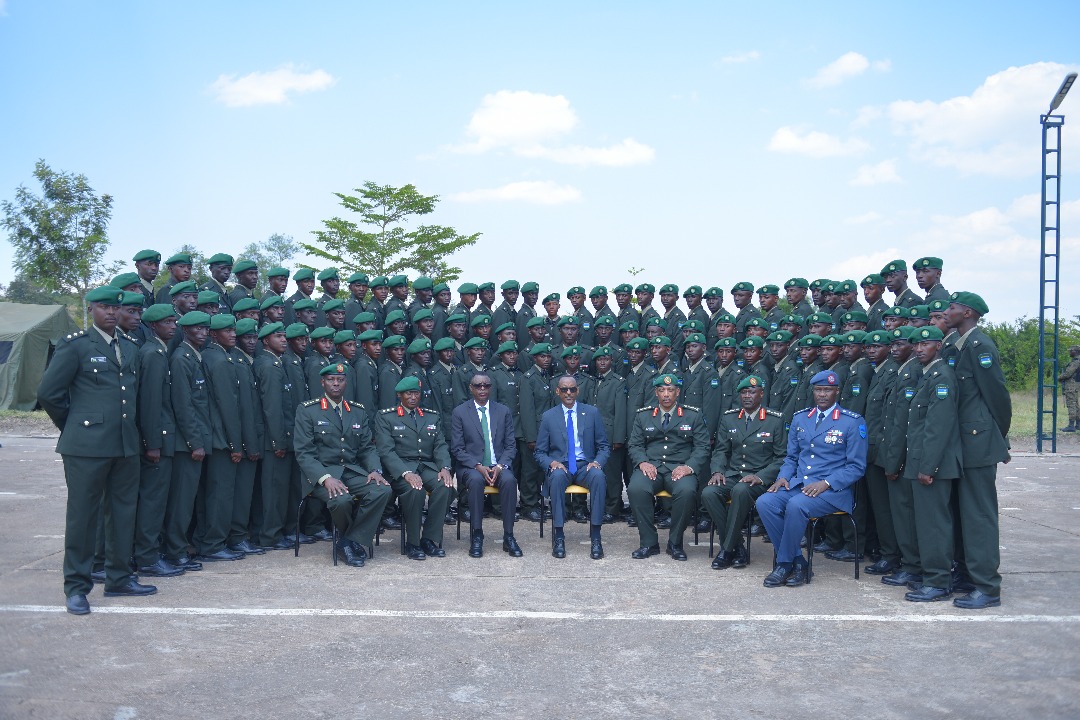 President Kagame congratulated the officers for choosing ‘a great profession’.
“The profession you have chosen is a great one. One you should be proud of. You can build your country and yourself the way the country and you deserve,” he said.
“You are given the training and knowledge to protect the sovereignty of our nation, to fight wars and keep Rwandans safe. It is an important responsibility,” Kagame told the officers. 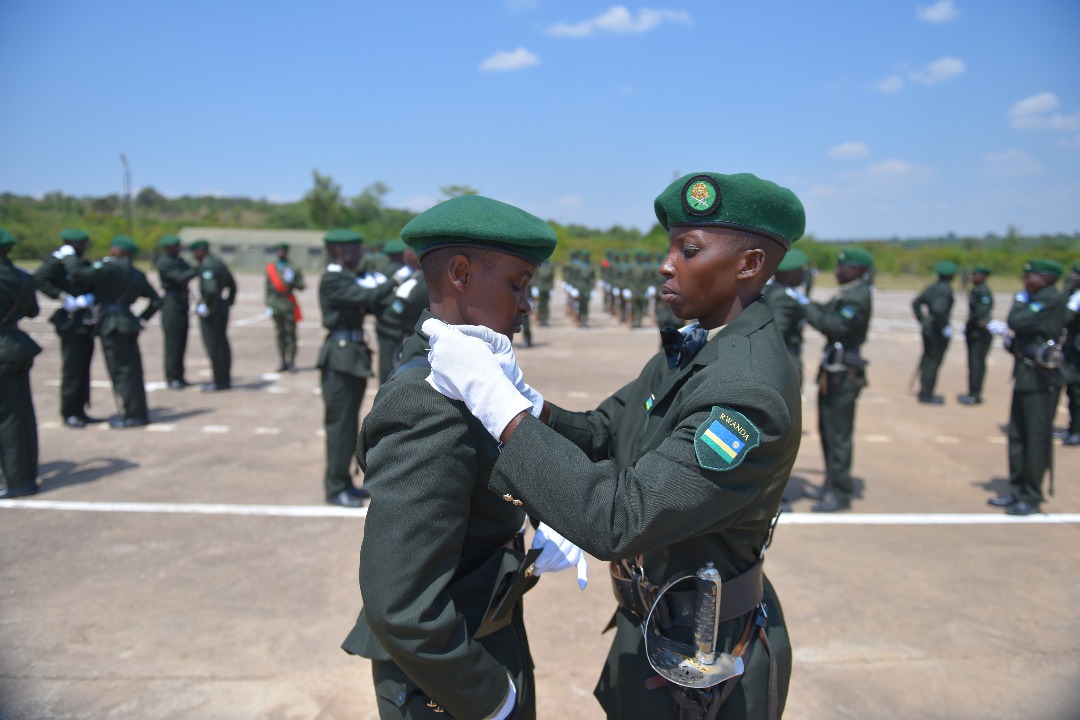 Kagame reminded the officers that there is huge task ahead including the unexpected ones.
“I congratulate all of you who successfully completed your training. All of those who join RDF are trained to face the challenges of the times we are in, including unexpected ones.” 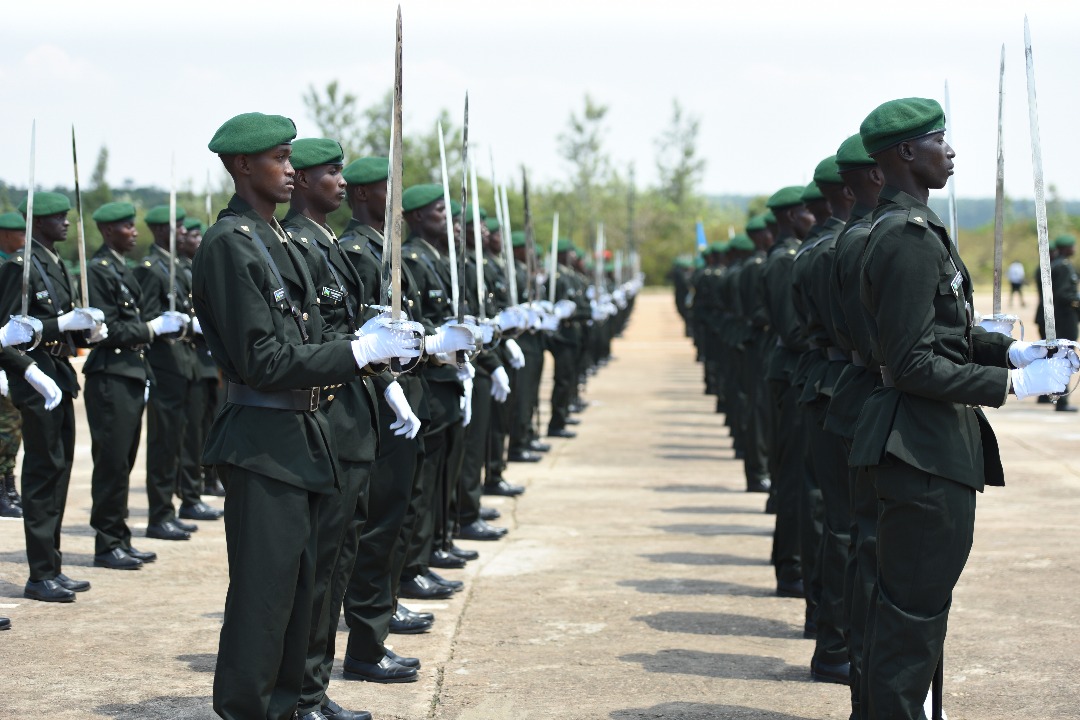 During the awarding ceremony, 2nd Lt. Frank Kwizera was awarded a medal by President Kagame and Commander-in-Chief of Rwanda Defence Force as the overall best cadet officer.
Junior Nkuranga and Amon Muhairwe were also awarded second and third best performers respectively.
To complete the training was the hardest experience ever, the new officers testified.
“Personally, I struggled like never before. I used every pounce of strength I had in me to survive. It seemed like endurance would never end. A day felt like a month, it was all part of the training,” said Annabelle Giramata – one of the commissioned female officers.
Most of the officers who graduated today had always embraced the bravery of their parents who joined the struggle to liberate Rwanda.
For Mereksedeck Imani, “Throughout my life, I have always admired the bravery of our soldiers during the liberation struggle and during the campaign to stop the genocide against Tutsi.”