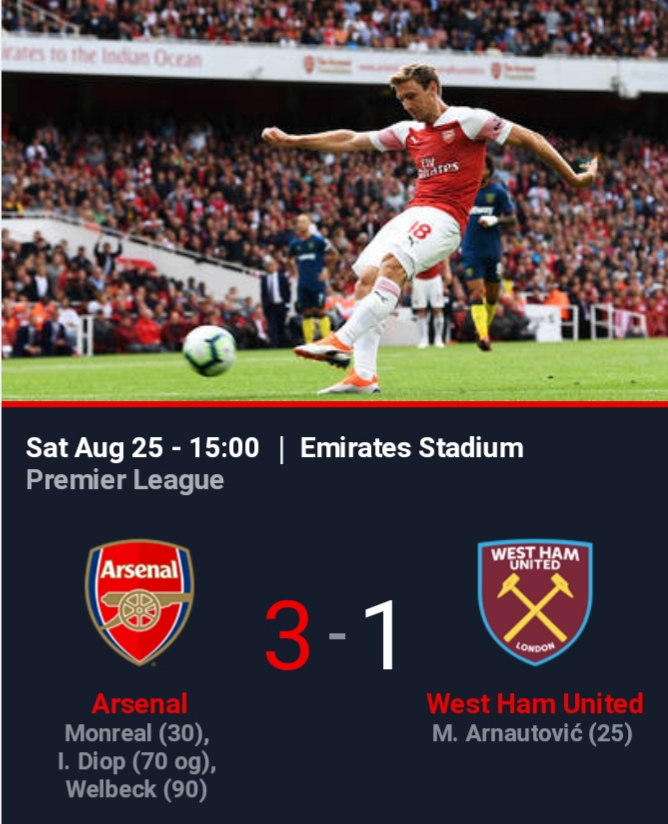 Rwanda Development Board CEO – Clare Akamanzi has congratulated Arsenal for claiming the first three points under new manager Unai Emery – the first win since the Premier League side signed deal with Rwanda.

Arsenal won 3-1 to claim three points after a hard-fought victory against West Ham at Emirates Stadium on Saturday.

“And the first of many Arsenal wins this season. Enjoy the games and #VisitRwanda,” Akamanzi posted on her Twitter handle shortly after the game.

Today’s Arsenal goals were netted by Nacho Monreal(30′), Issa Diop (Own Goal-70′) ,Danny Welbeck (90′), while Westham united was dripped by Mark Arnautovic in the 25′. 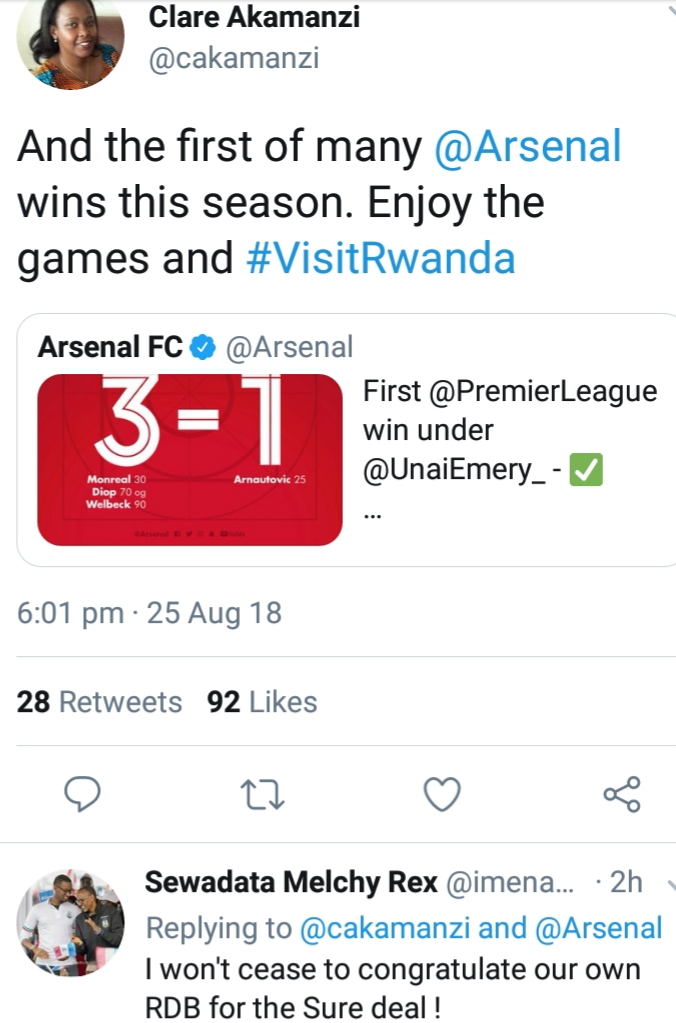 The win comes at a time when Rwanda has signed a multi million deal with Arsenal to promote Rwanda tourism at every game played with the #VisitRwanda tag appearing on Arsenal player’s left side of the jersey and on field adverts running during the 90minutes of the matchtime.

“We will deserve to have a public holiday if arsenal wins” Jean Bosco Nsabimana a forex bureau teller and one of Rwanda Arsenal fans said after the game.

In their second game on August 18, Arsenal 3-2 to Chelsea in a pain striking game.