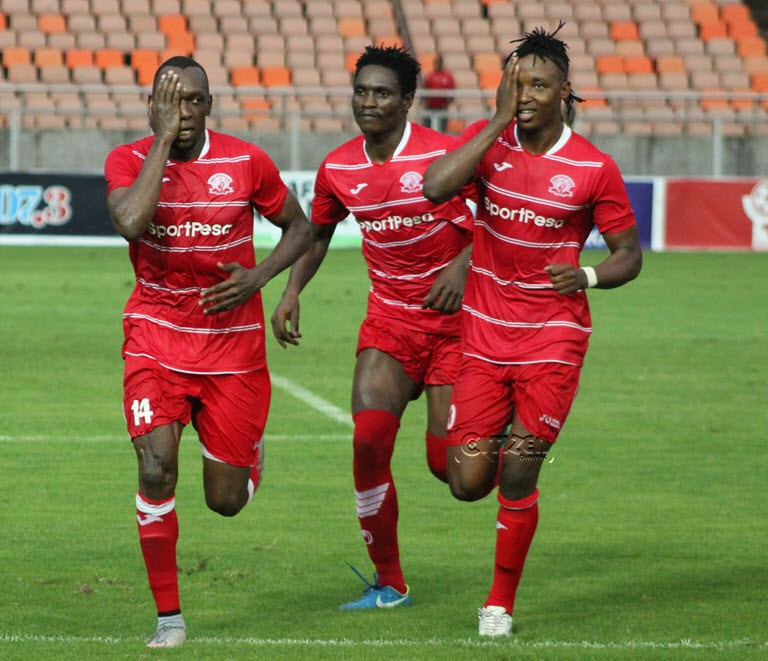 Kagere snatched a brace following an early strike from Ugandan import Emmanuel Okwi who put the home side ahead.

Simba pressed forward and managed to take a 1-0 lead into the break after a first half injury time goal from Emmanuel Okwi.

Simba came out firing in the second half and doubled their lead seven minutes after the restart courtesy of a clinical finish from Meddie Kagere, 2-0.

The match was over as a contest in the 68th minute when Kagere scored his second goal to give Simba a 3-0 lead.

The win sees Simba at the top of Group D on goal difference after Egyptian side Al Ahly beat DRC’s AS Vita Club 2-0 in the other group match on Saturday night.

It was not the best opening half with both sides squandering possession early on with poor passing and bad decision making in the final third.

The Algerian side tried to find their way back into the match, but was unable to do so and suffered a loss in their opening Group D game of the CAF Champions League.

Al Ahly joined Simba at the top of Group D on three points after they defeated 10-man AS Vita 2-0 in Alexandria in the only night game, with second-half goals from Nasser Maher and Ali Maaloul.

Simba are next in action Group D away to Vita Club on Saturday, 19 January while JS Saoura are at home the night before against Al Ahly.