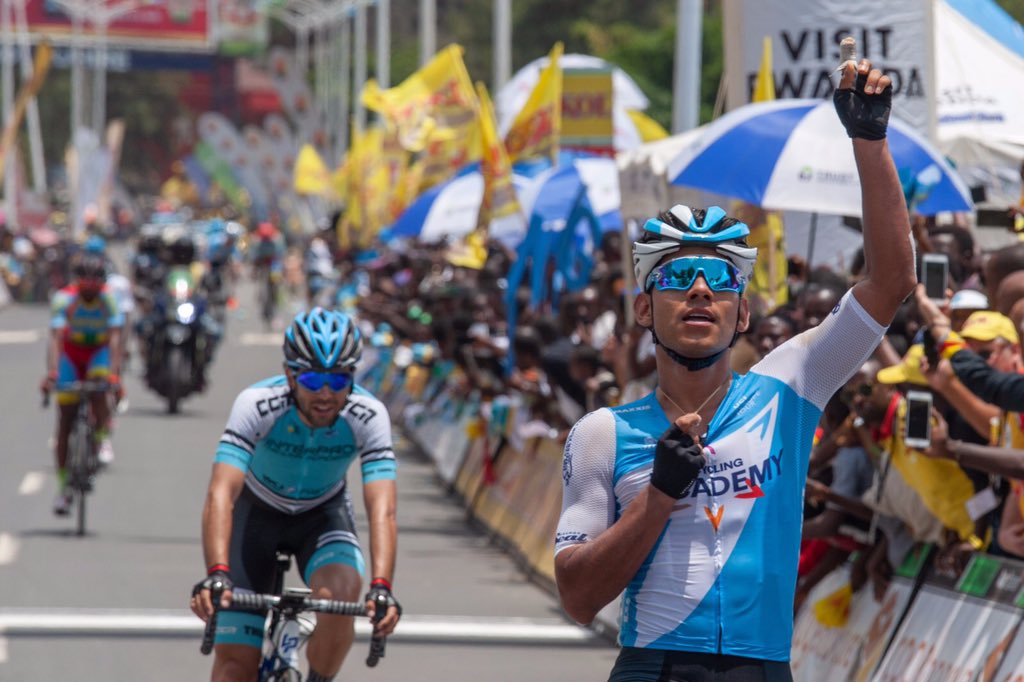 Munyaneza Didier of Benediction Excel Energy was the second Rwandan who finished inside the top ten in stage four as he placed a seventh-place finish to also finish tenth on the general classification.

Kudus, who is also the best ranked African, will head into stage five leading the general classification with a 17-minute gap between him and the second-placed Rein Taaramae of Direct Energie.

Kudus, a 2015 Tour de France participant with South African side Dimension Data, is the first rider to record back-to-back stage wins in Tour du Rwanda since 2011 when American Reijnen Kiel claimed the opening prologue and four stages in a row en route to winning the race.

Munyaneza heads into stage five as the best ranked Rwandan with a total time of 13h56’36, coming ahead of Areruya Joseph of Delko Marseille Provence and Valens Ndayisenga of Tour du Rwanda. As it is now and depending on the performances of foreign riders after stage four, there is no chance for any Rwandan to win the Tour du Rwanda.

With the frustrating performance, the 2017 Tour du Rwanda winner and reigning African Cyclist of the Year, Areruya has dropped further to 15th spot in general classification, level at 13h58’13” with Valens Ndayisenga who stands in 16th place.

The race heads to Musanze district on Thursday where the cyclists will ride the Kivu Belt road in a 138.7km Stage 5 from Karongi district. This stage is another climbing day and tough climbs early in the stage in Nyamuhebe, Rubengera, Congo Nil center and Gakeri could pose problems and split the race up early.