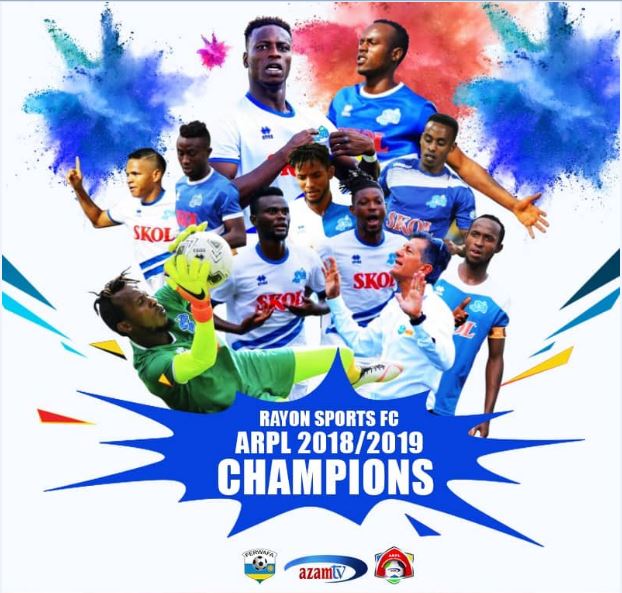 Rayon Sports are champions of the 2018/19 Azam Rwanda Premier League title following a 4-0 victory over Kirehe FC on Friday at Kirehe grounds.

The Blues won the Match Day 29 encounter to seal the league title with a game left to the end of the season. 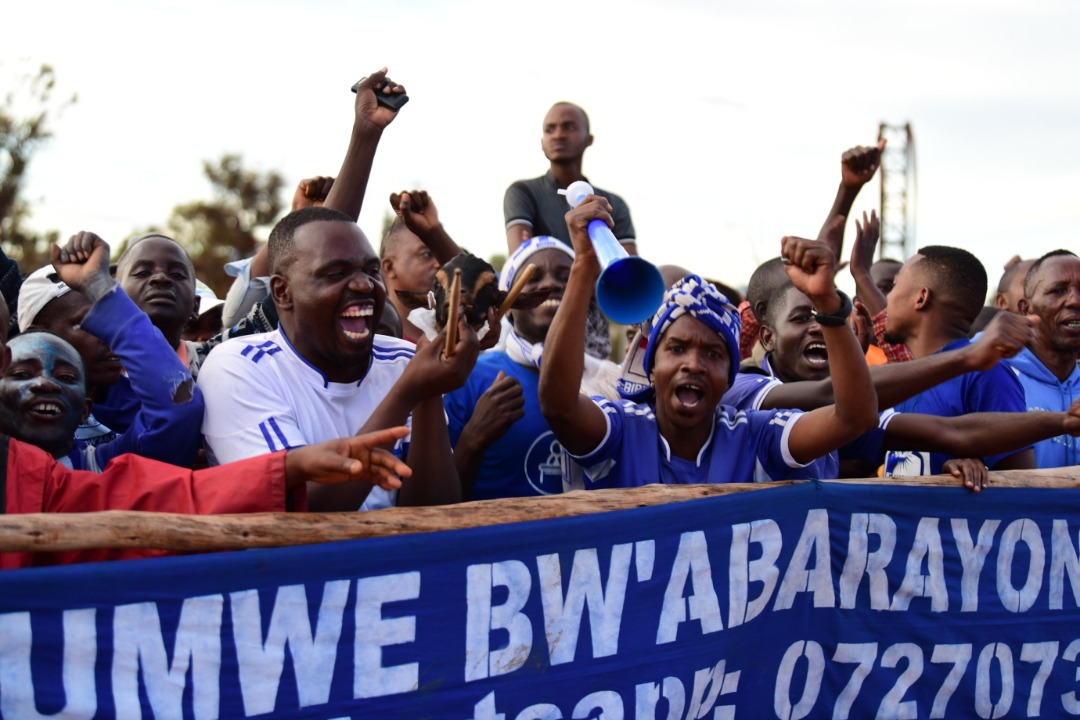 Burundian import Jules Ulimwengu scored a double while Ghanian Michael Sarpong added another brace to ensure the Blues remain on top of the league table with 69 points in 29 matches played this season.

Ulimwengu now tops the league goal scorer’s standings with 19 goals while his counterpart Sarpong has 16 goals. 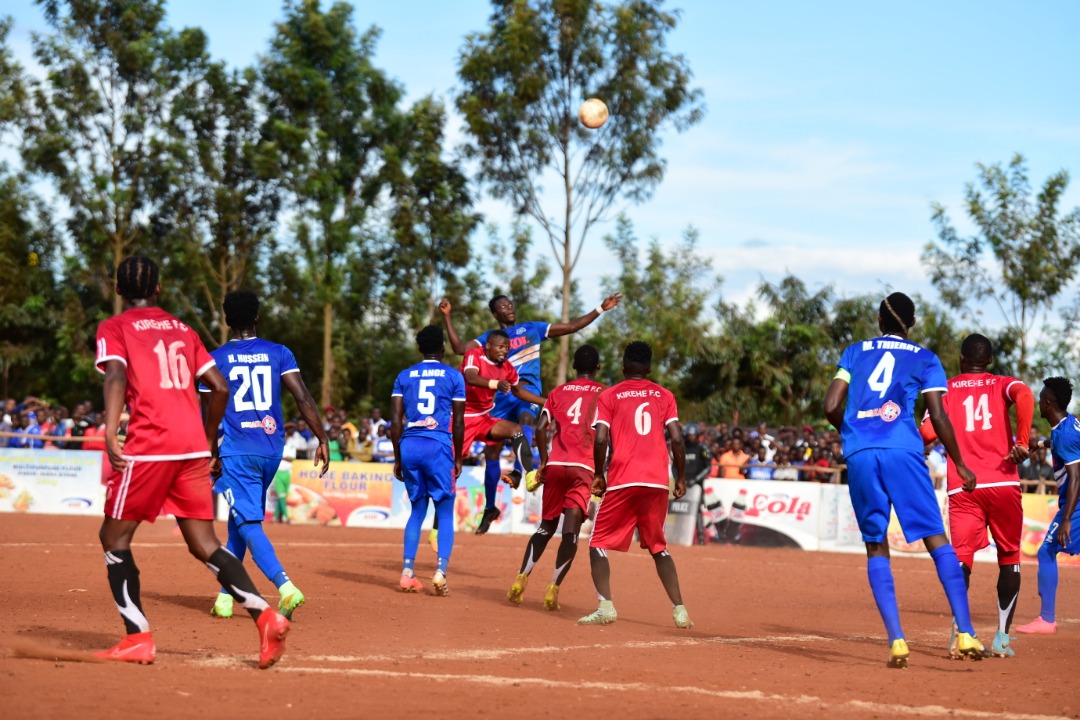 The win also extended Rayon Sports’ unbeaten run to 17 matches. The Blues will be crowned champions on their last league match due on June 1, 2019 when they host Marines Fc at Stade de Kigali.

In other matches played on Friday, Mukura VS defeated Etincelles FC away at Stade Umuganda; Gicumbi FC defated AS Muhanga 3-2 in Gicumbi to go to 30 points and escape the relegation zone; AS Kigali and Police managed a 2-all draw at Stade de Kigali while Bugesera FC and Musanze FC staged a 1-all draw in Musanze. 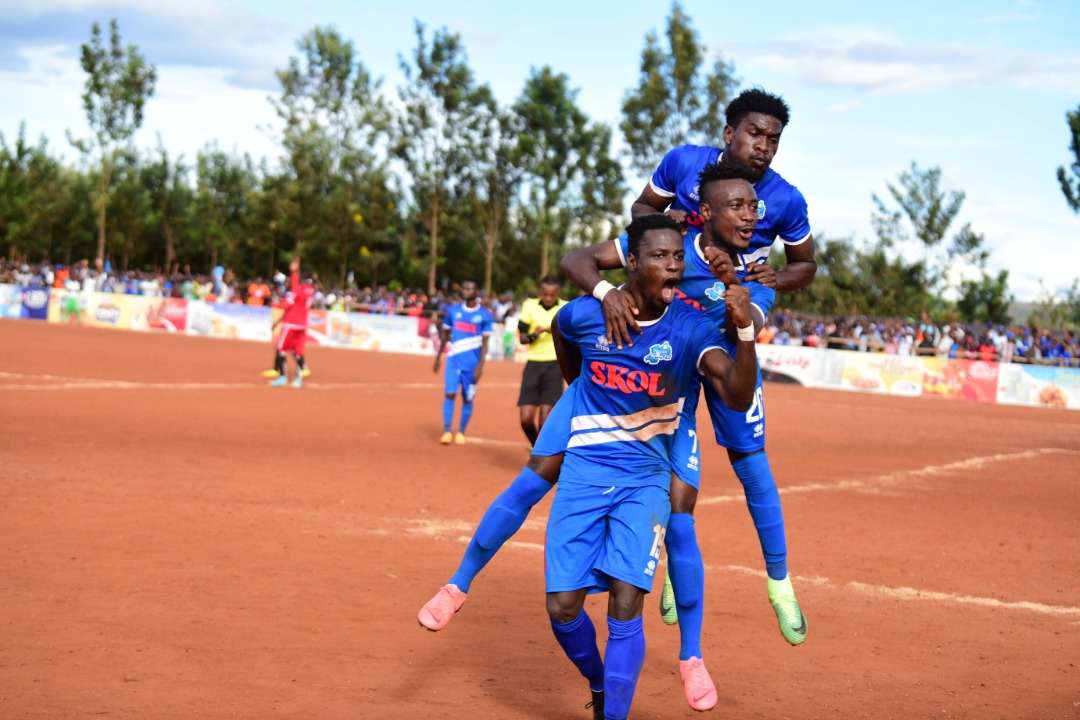 Action in match day 29 continues on Saturday with second-placd APR Fc hosting Espoir FC at Stade de Kigali; Marines FC will be hosting Sunrise FC at Stade Umuganda while already relegated Amagaju Fc will be away to SC Kiyovu at Stade MUmena. 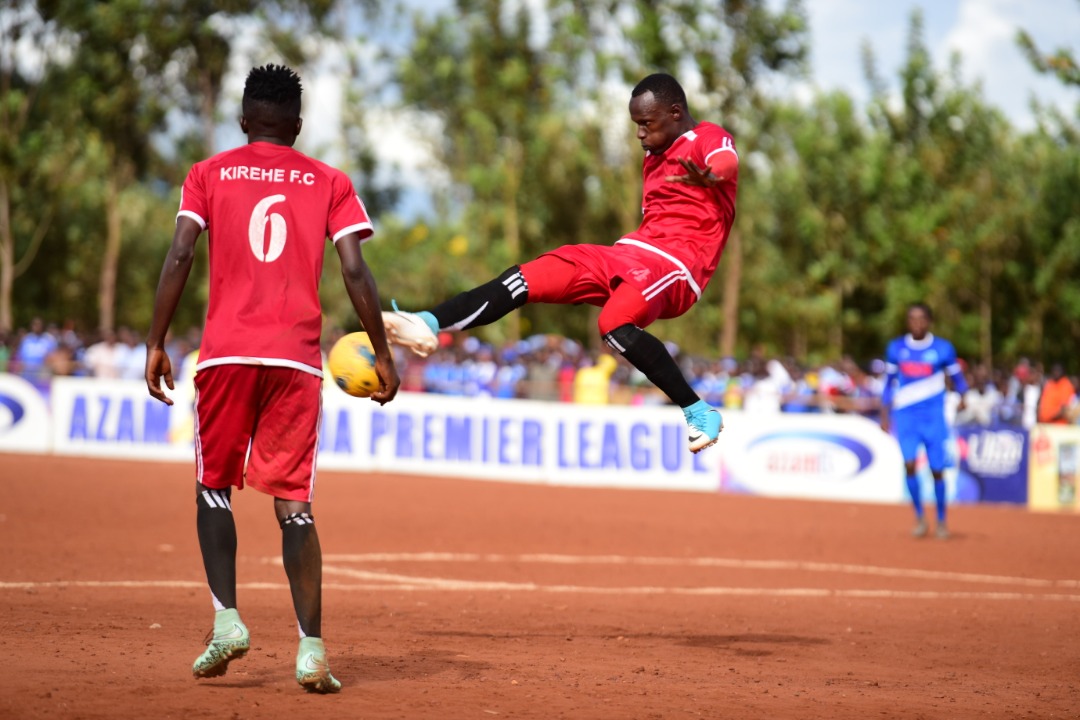 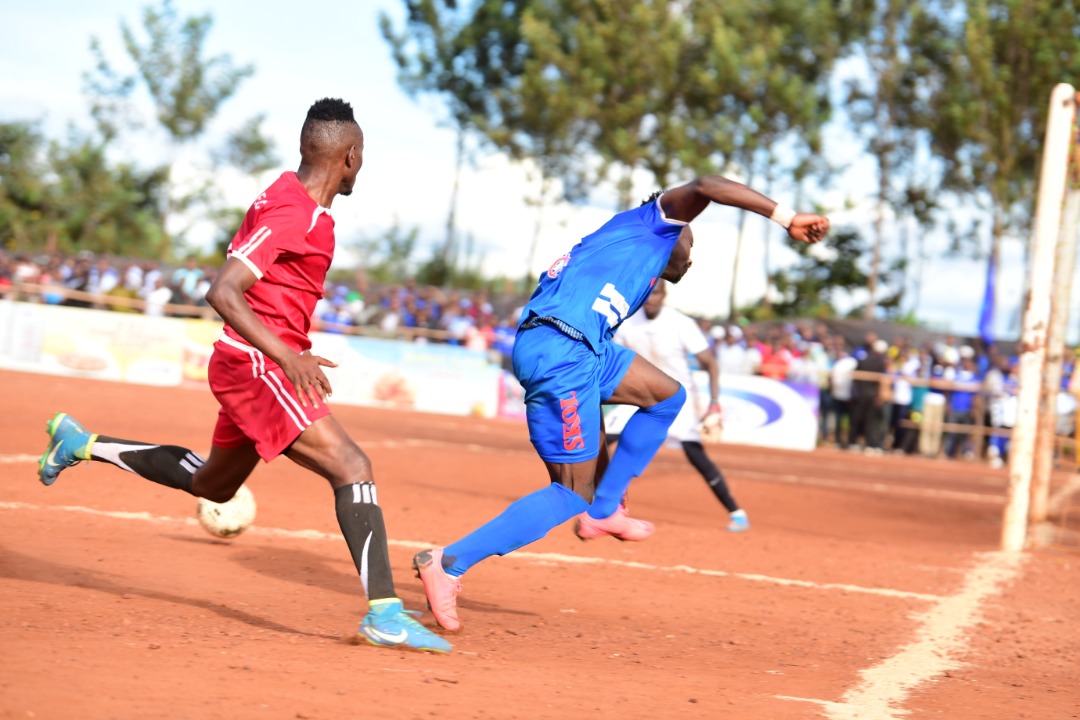