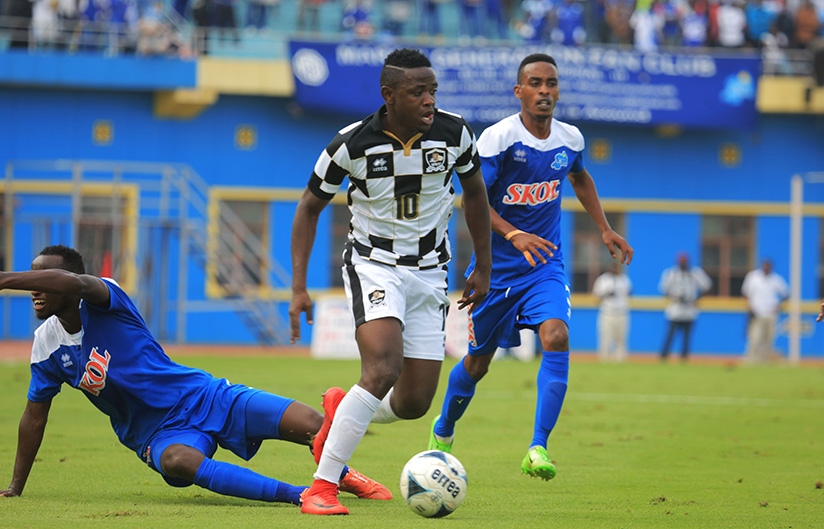 APR FC Hakizimana Muhadjiri seen in action in a local league, will be the main striker when APR FC starts its account for the 2019 CECAFA Kagame Cup campaign

The opening day of the two-week tournament will see Group C teams spicing up the tournament at Stade de Kigali.

On July 6, 2019, Somalia side Heegan FC facing Zambia’s representatives Green Buffaloes at 13h00 before the opening ceremony gets underway at 15h00.

At 16h00, the main game of the day will see APR FC who have had a torrid side this season taking on Ugandan side Proline FC at 16h00.

On July 7, Huye Stadium will host Group B action where Bandari FC will host Ugandan league champions KCCA at 13h00 while reigning champions Azam FC will face home side Mukura VS at 15h30.

The region’s oldest continental club championship is slated to climax on July 21 with two teams from each group advance to the quarter finals.