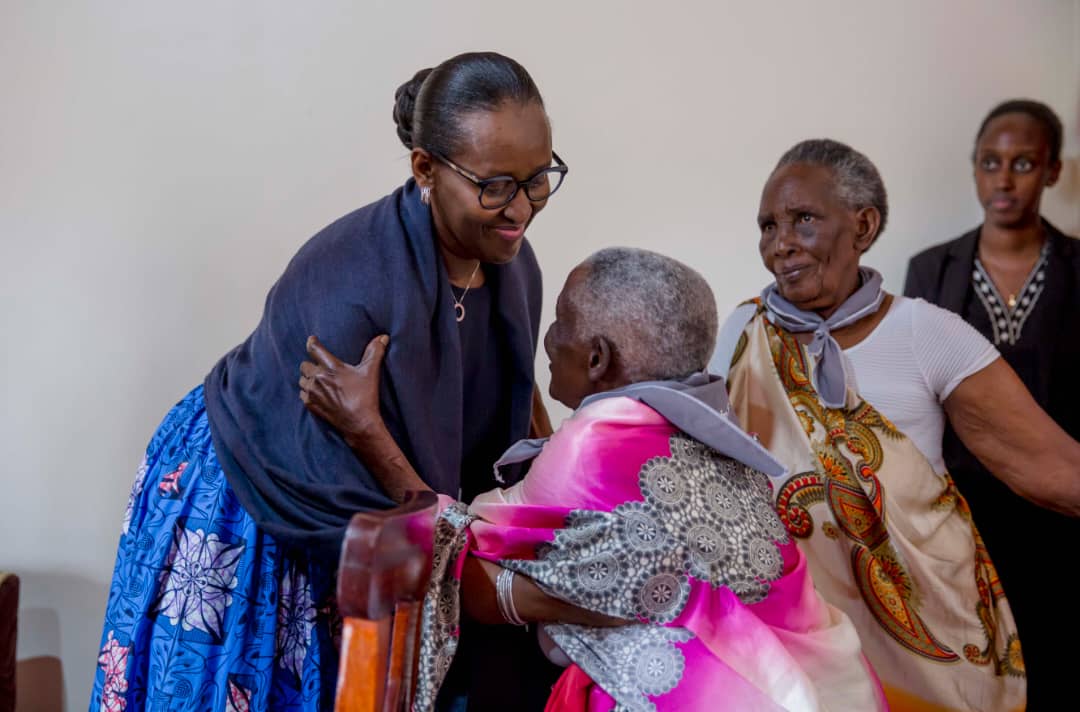 The widows lost their husbands and children during the 1994 Genocide against the Tutsi.

In 2017, Mrs. Jeannette Kagame was in the same area to unveil hostels that now accommodate 100 “Incike” of Huye and Nyanza districts. 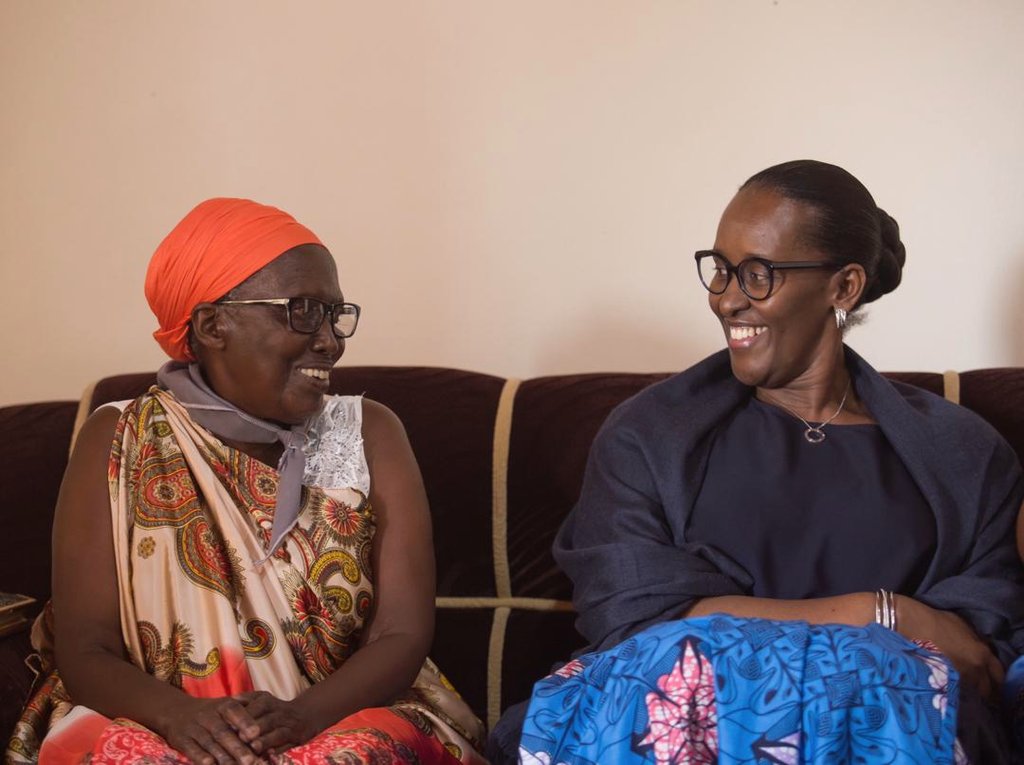 The Rwf406 million Impinganzima hostels were built by Unity Club Intwararumuri – an organisation that brings together former and current government officials and their spouses in partnership with Bank of Kigali, Rwanda Utilities Regulatory Authority (RURA), Rwanda Development Bank (BRD), Ministry of Defence and other stakeholders. 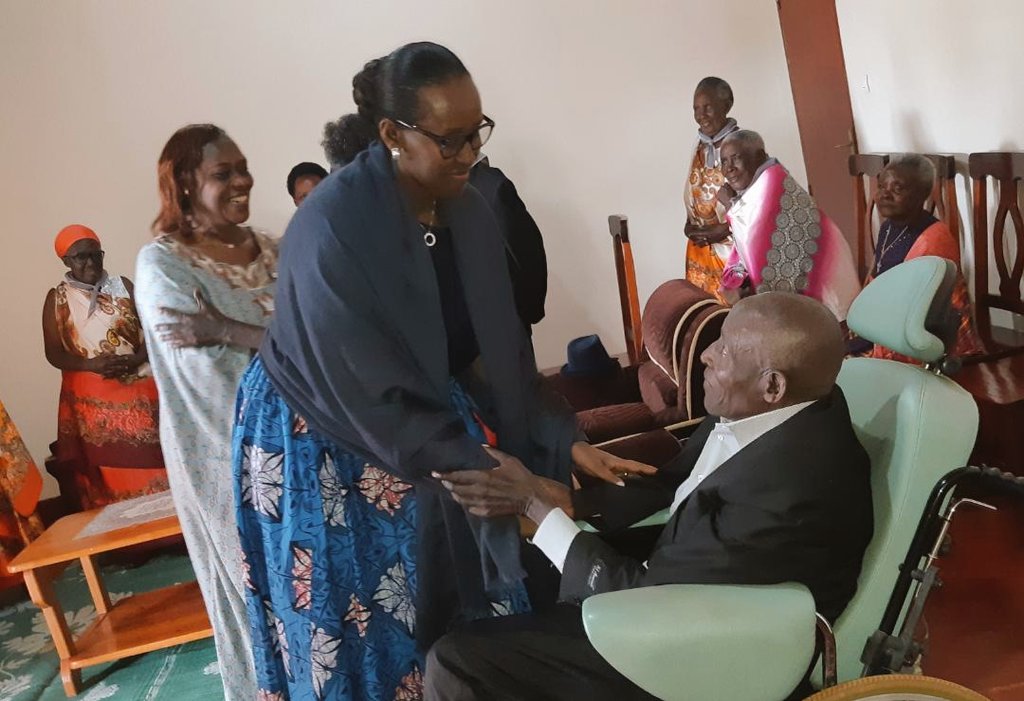 Several other hostels have been built across the country to accommodate elderly widows named “Intwaza”.

The First Lady is the chairperson of Unity Club.

Together with members of Unity Club and Avega Agahozo – an umbrella organisation of Genocide widows, the First Lady joined the elderly widows as part of 25th commemoration of the Genocide Against Tutsi.

Despite being in their late stages of life with deep scars left by the Genocide, the First Lady, in her speech, paid tribute to the bravery that still characterises the widows.

To her, nothing can replace their lost husbands and children, but Unity Club and its partners will keep a close eye on them, be their light in the dark and ensure they live a decent life.

“We are proud to be your children. Continue to be an exemplary Intwaza to us,” she told the widows at an event mostly dominated by interactive sessions. 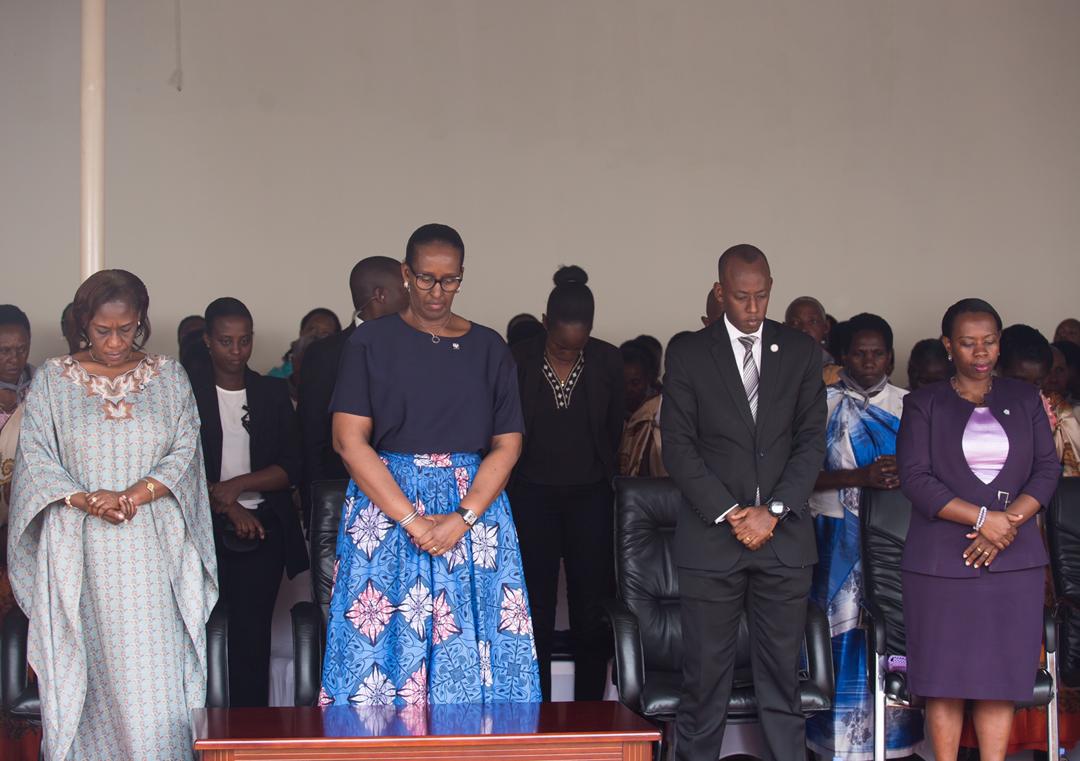 The First Lady thanked all stakeholders involved in the journey to retain hope and dignity of the elderly widows.

She challenged all Rwandans to own the responsibility of maintaining the wellbeing of Genocide widows.