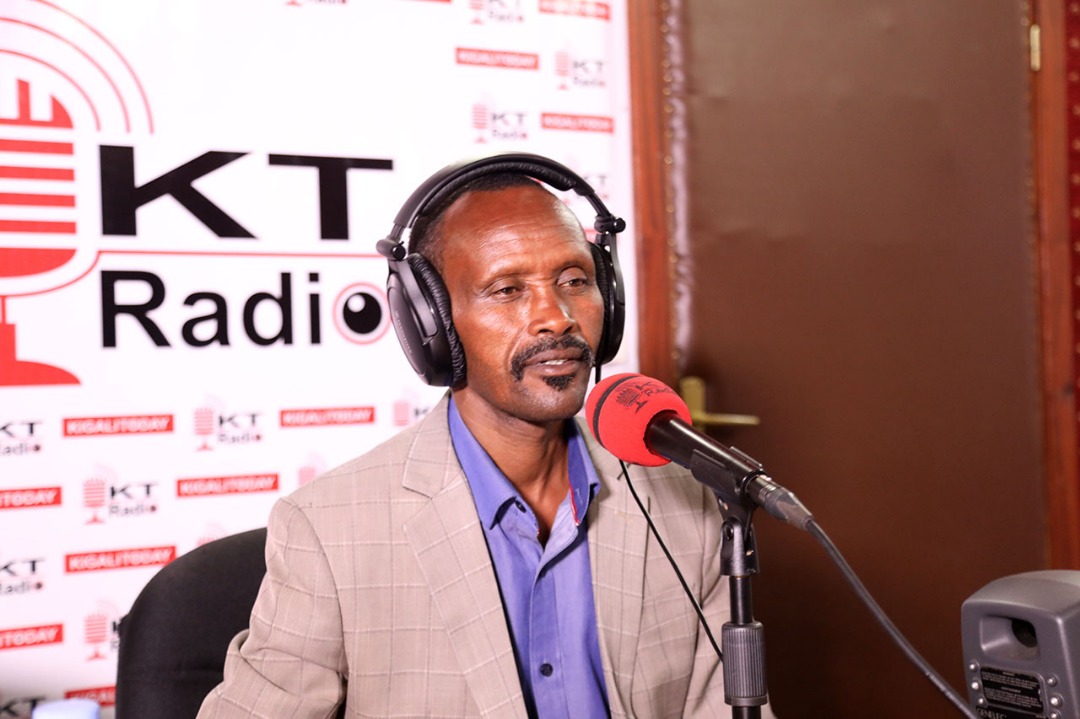 Music played a key role in the liberation struggle. When fighting conditions were tough and the weather too harsh, music came in as a remedy.

As Maj Gen (Rtd) Sam Kaka says in the recently released movie ‘The 600’, music became an integral part of the liberation struggle mainly as a morale booster.

When the cold in the Northern Province Mountains was biting and when the soldiers lacked enough supplies to sustain them, they turned to singing.

When there was a lull in fighting especially during the Arusha Peace Talks, it was music that kept the Rwanda Patriotic Army (RPA) fighters focused and determined.

RPA was the fighting arm of the Rwanda Patriotic Front (RPF-Inkotanyi) who would go on to topple the interim government at the time, stop the 1994 Genocide against the Tutsi and liberate the country on July 4, 1994.

Twenty-five years on, the songs, which many learned through the RPF-owned Radio Muhabura remain alive. Around this time of the year, they are replayed on radio and TV stations while live bands in different hangouts relive the patriotic compositions.

Among the most outstanding songs is “Maji Maji”, which was one of the triumphant songs which recollect RPA victory over the then government armed forces of the country at the time known as FAR pushing them out of strategic locations in Kigali and its peripheries.

Very few people however know Pierre Damien Nkurunziza, the brain behind the song, which went on to become some sort of anthem. It was later reproduced by the army jazz band in a video with him as the face.

Nkurunziza, 50, who came to be known as Maji Maji, thanks to the song, was part of the 600 soldiers who were at Parliament as part of the delegation which had come to form a transitional government put in place by the Arusha Peace Accord in 1993.

“I was part of the protection force that came with our politicians who were going to join the transitional government,” Nkurunziza told KT Press at the premiere of The 600 Movie. He is among the characters featured in the film.

The father of four, who retired from Rwanda Defence Force (RDF) in June 2016 as a warrant officer, composed many songs during and after the liberation struggle but the most outstanding of all is Maji Maji and Intwari za Rugamba.

“As other fighters, my job was to be on the frontline and on duty whenever called upon but I would use my small breaks for resting to write songs or just a few lines. I did music as a passion. I knew we needed music to keep going,” he said.

“I would compose songs very fast and then teach the soldiers. In no time, we would be singing the song,” he said.

He said that he composed “Maji Maji” in 10 minutes after RPF fighters had captured Mount Rebero, to counter Simon Bikindi’s ethnically-laced songs which were spreading hate and encouraging people to kill each other at the time.

“We wanted a positive song of triumph to show that despite the threat of the enemy fire, RPA fighters were more determined to conquer hate and restore the country,” explains Nkurunziza.

In the fight to liberate Kigali, Nkurunziza was shot on the shoulder and he was taken off the frontline for a short time, a period he used to write more songs.

Upon recovery, he was moved from the 3rd battalion to the 11th battalion where he continued to fight until the then government forces were pushed out of the country.

“Music kept us going. We put all our values and ideals in music. The more we sung them, the more determined we became,” he says.

After the liberation struggle, Nkurunziza and others formed the RDF army jazz band where he continued to write songs.

“I have written dozens of songs. Some haven’t been recorded but 11 of them have already come out of the studio. I intend to formally go into the music industry and produce songs on our culture and on the role of the army in the socio-economic development of the country,” says Nkurunziza.

Though retired, Nkurunziza is part of the RDF Reserve Force and he says he would be willing to go back to the frontline when called upon.

He is currently hired to recite poems ‘amazina y’inka’ at weddings and other functions and he is also engaged in his small business in Bugesera District. He is also constructing a house in Rilima Sector for his full retirement. 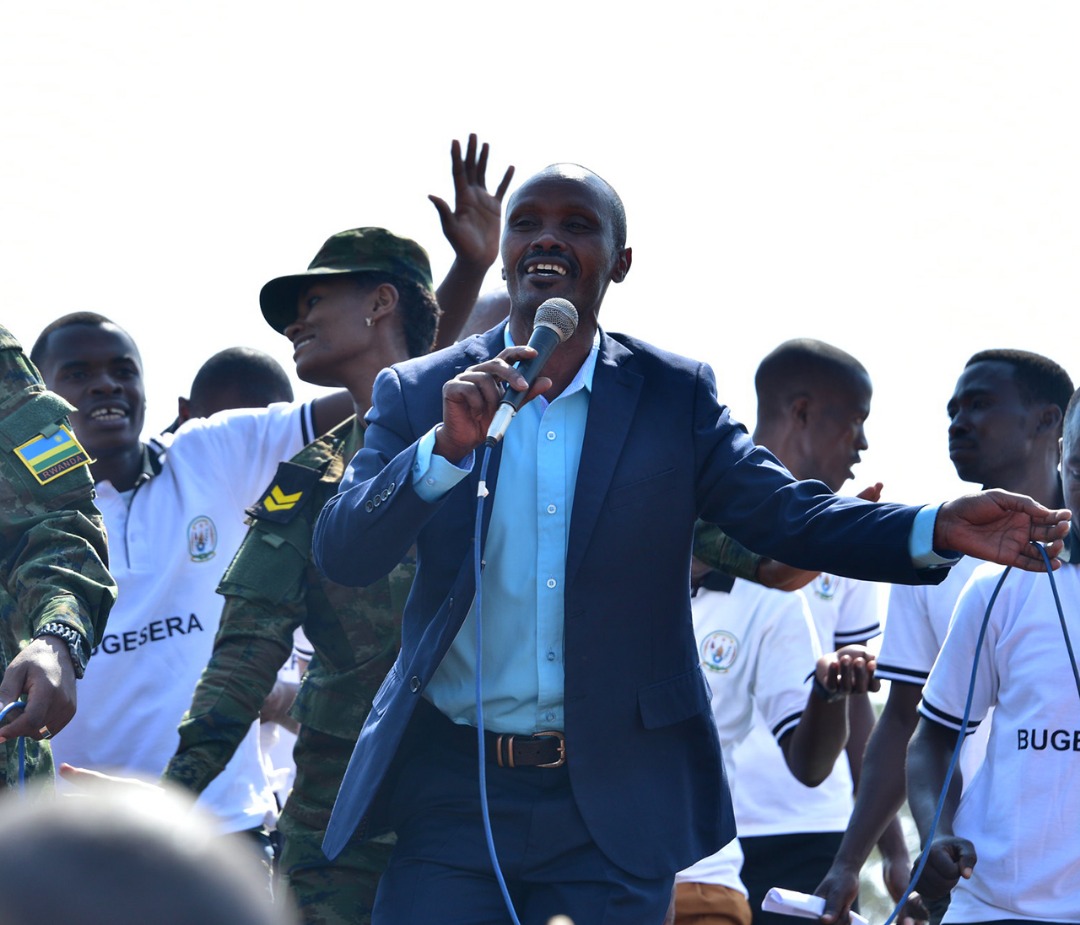 The retired officer who joined the liberation at the age of 22 says he has no regrets whatsoever. He retired at the rank of Warrant Officer (Adjutant).

“I joined the liberation struggle after realizing that I could not take the persecution anymore. Tutsi in Bugesera district were persecuted beyond measure and denied their rights,” says Nkurunziza, who was denied an opportunity to continue with high education after completing senior three.

Born in Rilima Sector in the current Bugesera district in 1969, Nkurunziza said that he had wanted to join the liberation struggle in 1989 but his father stopped him.

A proponent of the traditional Rwandan culture, Nkurunziza says he is determined to carry forward old practices and norms and has written over 150 names of cows and traditional poems. He has appealed to the Ministry of Sports and Culture to support his efforts.

“He is a great composer and he knows a lot of history,” says Sgt Maj Robert Kabera, a member of the army jazz band. The two worked together on a number of projects over the past 25 years.