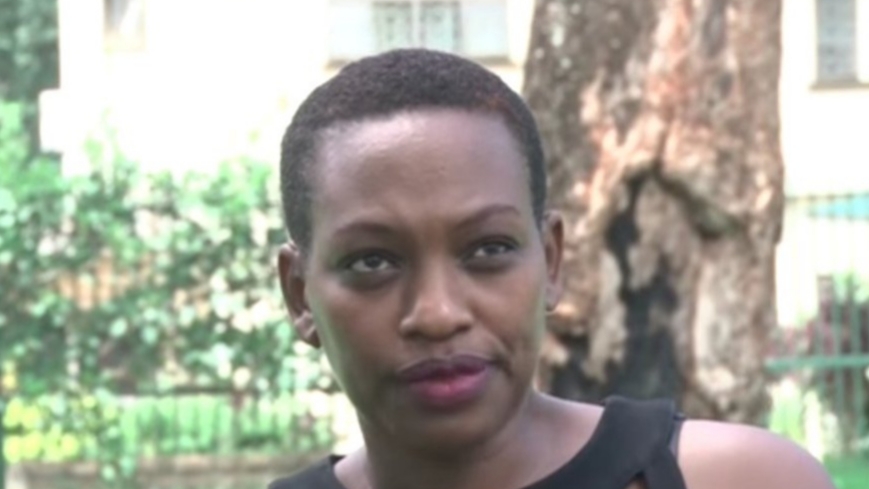 Prossy Bonabaana, “National Coordinator” for RNC in Uganda was recently promoted to the group’s Executive Committee.

In an article titled “Woman hunts for husband kidnapped four years ago”, the New Vision newspaper – Uganda’s main government mouthpiece – has given a full page to a Kampala-based senior operative of Kayumba Nyamwasa’s RNC to pour vitriol on Rwanda.

Prossy Bonabaana, whose title is “National Coordinator” for RNC in Uganda – recently promoted to the group’s Executive Committee – tells a tall tale in the Ugandan paper alleging that Rwandan soldiers “kidnapped her husband”, a Congolese national called Rwema Gendarme. Upon reading through the piece, published in yesterday’s Sunday Vision, one again is struck by the levels of desperation of Ugandan government propaganda in their never-ending attempts to tarnish Rwanda.

There are a lot of holes in the story, beginning with Bonabaana’s very first claim that Rwandan soldiers kidnapped her husband in Kisoro, a town of Uganda.

Throughout the article one will not find any explanation as to the anomaly of the forces of one country apparently acting with utmost freedom to commit a crime in another country. It is beyond childish. Uganda is a country with security forces of its own, what were they doing when members of the Rwandan military supposedly crossed over to kidnap someone there? Neither New Vision, nor Bonabaana explain this.

She claims her husband Rwema called her and supposedly told her, “Rwandan soldiers have kidnapped me”. She doesn’t tell what it is that made him conclude it was Rwandan soldiers. He didn’t say, “This is why I think these are Rwandans”. Neither did Sunday Vision bother to call the UPDF bosses to explain how it was possible for a foreign force to enter Ugandan territory to allegedly kidnap people.

The whole story just looks like a fictitious yarn, which it is. This analysis is borne out by the recent record of Ugandan propaganda organs and their fictions against Rwanda – such as the notorious ChimpReports allegation in May that “Rwandan forces had crossed to Kisoro to look for food and drinks”.

Challenged to produce a single iota of evidence, photographic or audiovisual, ChimpReports’ editor in chief Giles Muhame could only keep quiet and hope for everyone to forget the monster lie. Rwandans on Twitter refused to let him off the hook, challenging him repeatedly to substantiate his claim. Muhame hasn’t, up to now.

The same happened when a Ugandan lawyer in Kisoro was murdered, with pro-Museveni propaganda organs rushing to claim “Rwandan soldiers killed him”. The allegation was even more ridiculous, with the so-called media quoting an unnamed boy as the one that, in the dark of the night, supposedly identified the “Rwandan soldiers”. “With Museveni’s propaganda organs there is no such thing as human shame any more, leave alone professional pride”, said a Kigali journalist.

Bonabaana not only is an important RNC member, she also is an active propagandist of the group and is its spokesperson in Kampala. On 13 January this year she published a pro-RNC piece full of anti-Rwanda talking points and smears identical to those ones that RNC-affiliated individuals regularly publish. That article was on none other than the ChimpReports website.

According to reliable sources, Bonabaana also is an operative of Ugandan Military Intelligence, CMI, and her handler is Col. CK Asiimwe. In the piece in the Sunday Vision in which she alleges kidnap of her husband she gives no reason – and neither does the newspaper – why she thinks Rwandan soldier would do so. What quarrel would Rwandans have with a Munyamulenge trader in Uganda?

She doesn’t say. The whole lie is amateurish beyond belief.

The story gets funnier the more one reads through it. “The day that he was kidnapped, his captors left him with his phone, from 11:00 am to 5:00 pm to call whoever he wanted, including President Yoweri Museveni for no one was going to save him,” Bonabaana says. At this point one has to burst out laughing.

Which kidnapper leaves his captive with a phone for even one second? But Bonabaana is saying her husband’s alleged kidnappers left his phone with him for six full hours, to call whoever he wanted. “Those must be the kindest kidnappers in history,” joked one reader.

Here, one has to pause to get the full implications of the phone claims. Bonabaana herself says her husband was kidnapped in Kisoro and that her kidnappers left him with a phone for hours to call anyone he pleased. She in fact says she was the first person he called to inform her of the kidnap.

The immediate question this raises is: what kind of daft lie is this? Phones are the most dangerous things for kidnappers. Their signals can be traced to the user, raising the possibility of capture or getting killed.

But on top of all that Bonabaana and Sunday Vision expect the reader to believe that a team of Rwandan soldiers, supposedly acting stealthily in dangerous foreign territory, would successfully abduct a man after which they allowed him to go ahead make calls all day? All the while driving to a border post, which they then passed as if there were no authorities?

“Bonabaana must be the most naïve liar on the planet!” one observer chuckled. “The fact that New Vision has published every one of the falsehoods and not bothered to question any of it shows the depths to which this once respectable paper has sunk,” he concluded.

Bonabaana’s lying when one examines it, has the same goal since Museveni decided to work with RNC, FDLR and other groups sworn to destabilize Rwanda and devised their anti-Kigali misinformation policy: to tarnish Rwanda at every chance. The modus operandi includes publishing or airing outright concoctions. The lies take on different variations with the hope that as they throw more dirt perhaps some will stick.

Analyzing The Sunday Vision’s piece it is clear the aim of Bonabaana’s fraudulent claims is to smear Rwandan authorities with the image of kidnappers. Here the reader will remember that Ugandan security bodies are the biggest kidnappers, by far, in the region and beyond.

Only none-state actors like Boko Haram kidnap more people than CMI or ISO, which are the most in the news for kidnap and abduction than any other security agency in Eastern and Central Africa. That is easily verifiable with some online research.

CMI’s attempts to tarnish Rwanda with kidnap or abductions on a certain level reflect acknowledgment of their own criminality. “They know abductions, arrests with no warrants or court orders and the like are crimes, and it must eat them that Rwandan security agencies don’t engage in such. So they come up with these ridiculous fictions,” said a security analyst that preferred anonymity.

Bonabaana in her yarn tries to create an impression of plurality; an impression that Rwanda “has kidnapped many other people than her husband”. Sunday Vision claims, “Through her activism she has met other women whose husbands were kidnapped.”

“We recently formed an organization called the Self-Worth Initiative to give a voice to these women,” she says. The truth about this “Self-Worth Initiative” however is that it is another CMI-created front – specifically to try to lend credence to the idea there indeed is a group of such women, whose husbands purportedly have been “kidnapped by Rwandans”. Its other function is to act as a vehicle of advocacy for RNC.

Bonabaana by the end of the story comes across as completely amateurish at telling lies. In the article she claims to have spent much time in Kigali “looking for her husband”, to the point of going to Rwanda’s Defense Ministry. Yet she claims she is deathly scared of the same military.

In one part of the story she claims she has no idea who “kidnapped” her husband. But in the last sentence she claims she is happy that “individuals who participated in his kidnap have since been arrested and are currently in court!” One’s head spins. Where in any Ugandan court is such a trial taking place?

Only Bonabaana and her New Vision enablers know.