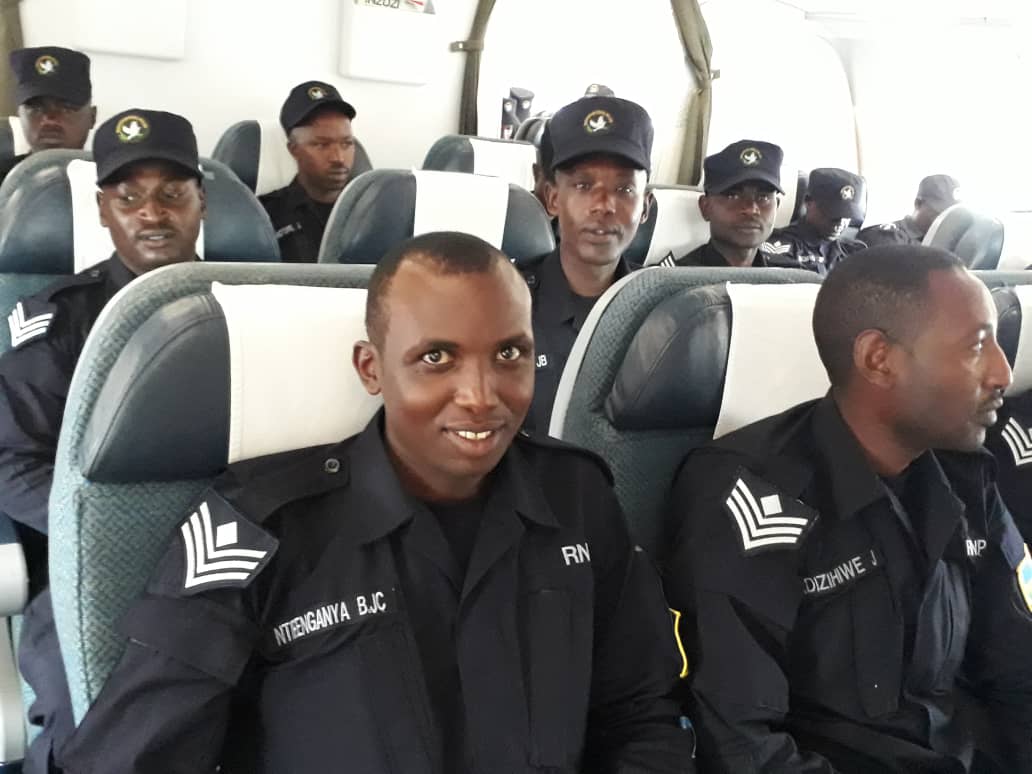 Rwanda has this morning sent 240 police contingents for the rotational exercise in the UN peace keeping mission in South Sudan.

The contingent, aboard Rwandair of which an estimate 30%(72) are female are replacing other 240 police peacekeepers that have been serving for the last one year to protect UN personnel, activities and refugee camps. 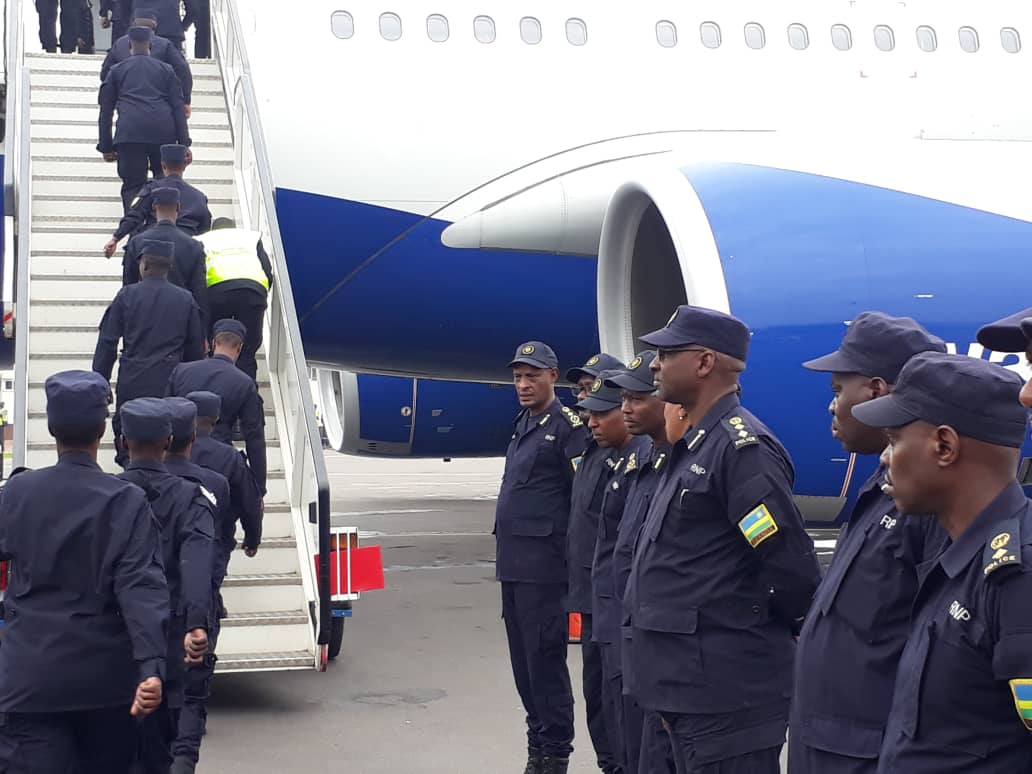 It is a well-trained contingent, ready for mission in the country that has been undergoing political crisis since the last six years, according to Commissioner of Police (CP) Bruce Munyambo.

CP Munyambo said that the latest is the fifth rotation and the United Nations “is thankful to Rwanda for this valuable contribution.” 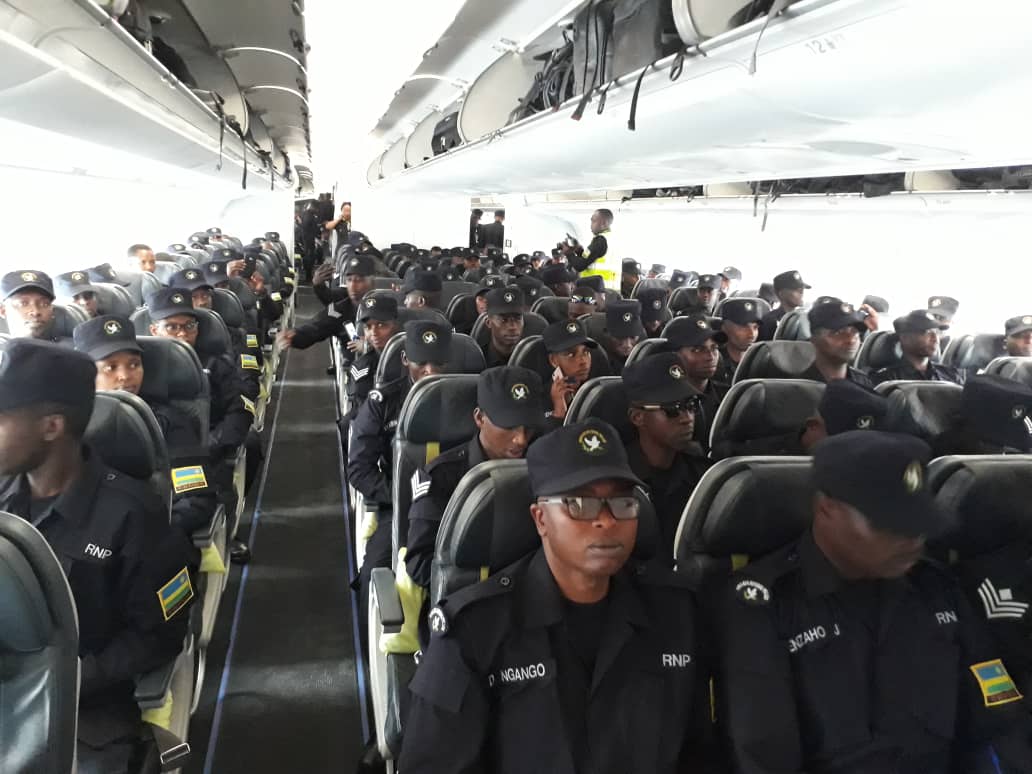 The police peacekeepers will be based in Malakal – Upper Nile Province.In this province, 1200 Rwanda Police peace keepers have served on a rotational basis.

Another female dominated police peacekeeping mission served in two rotations in Juba, the capital city of South Sudan for the last two years.

The contingent concluding the mission today is expected to arrive at Kigali International Airport at 12o’clock. 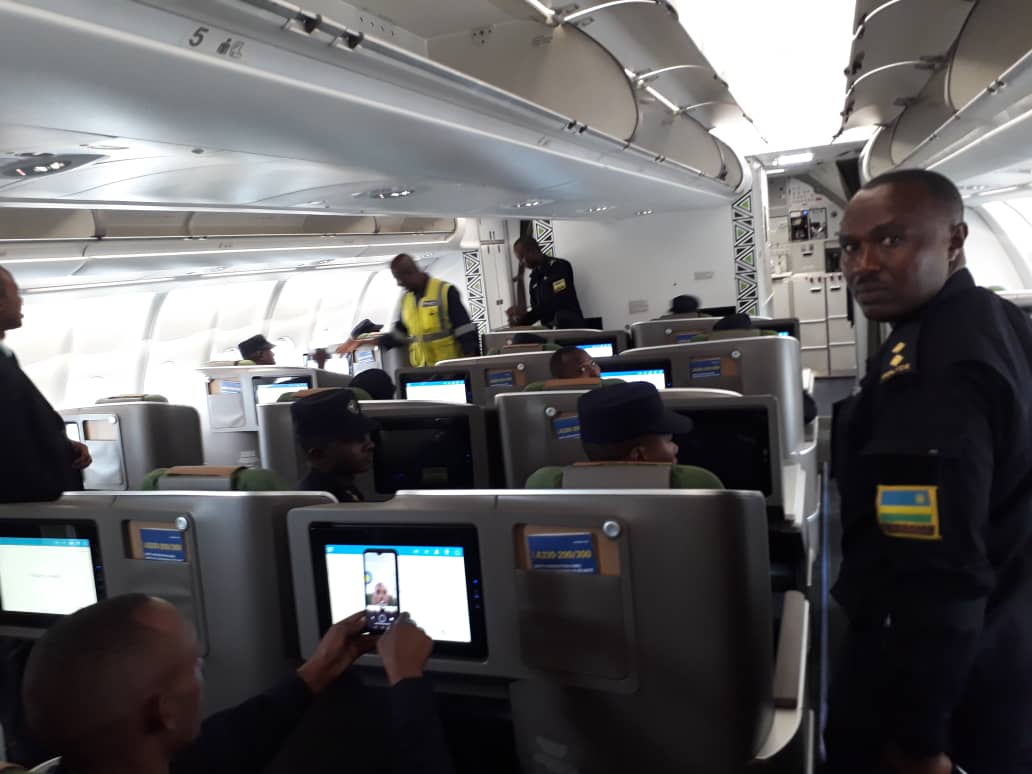