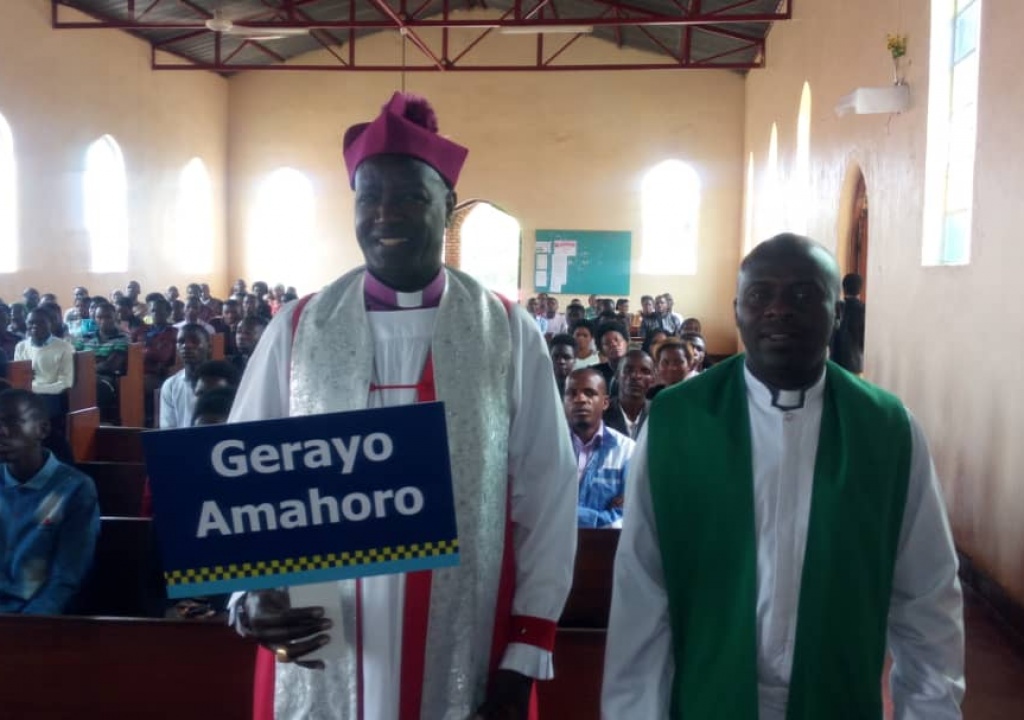 From the Catholic pulpits, Rwanda National Police (RNP) on Sunday took the road safety campaign dubbed ‘GerayoAmahoro’ to doors of Pentecostal churches across the country.

Police officers were given the chance to stand on holy grounds inside Pentecostal churches to pass on a single message of “road safety first for all Christians, be it a pedestrian or motorists otherwise getting to church can be in vain.”

Before delivering the road safety message in Nyagatare parish in Nyagatare district, police officers were first given a holy blessing and prayed upon so that they too work hard to maintain safety on roads where they are posted. 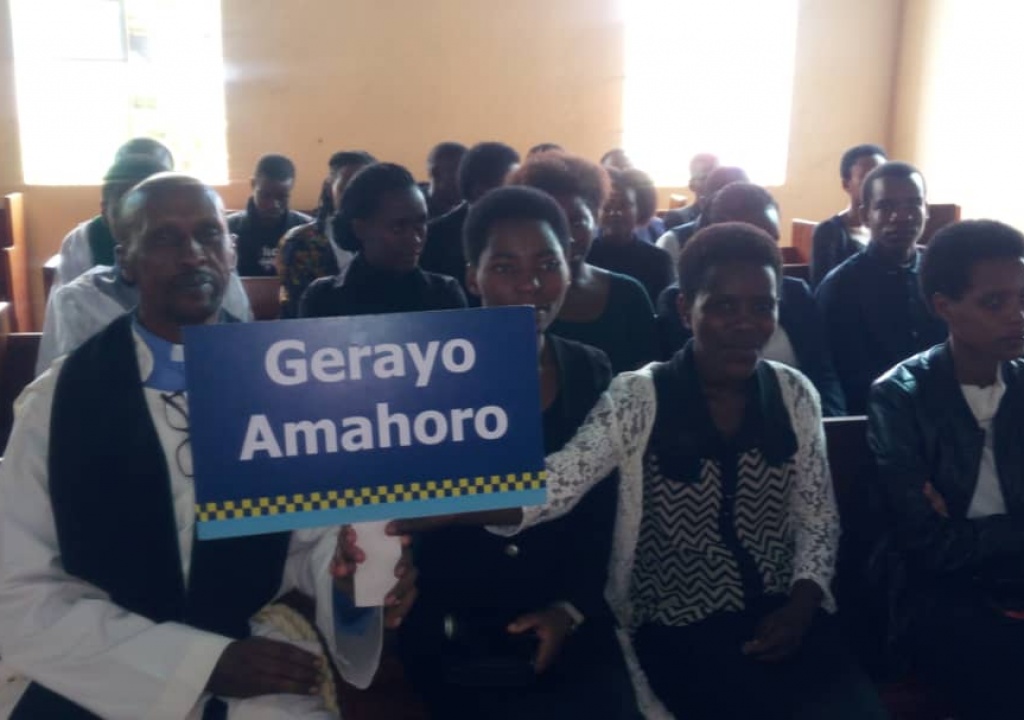 Some Pentecostal faithful including children, carried placards that contained ‘Gerayo Amahoro’ safety message and in some churches the posters were hanging inside and outside church buildings for everyone to pick a message from the inscriptions.

Just a day after Police sensitized citizens on road safety at the Huye Marathon on Saturday, Huye town church goers gathered again at St. Paul Protestant church in numbers and the police road safety agenda was communicated to a fully packed congregation.

RNP said in a statement that this is in the effort to partner with religious organizations in fighting road accidents of which the umbrella organisation of Protestant churches (CPR) joined the campaign. 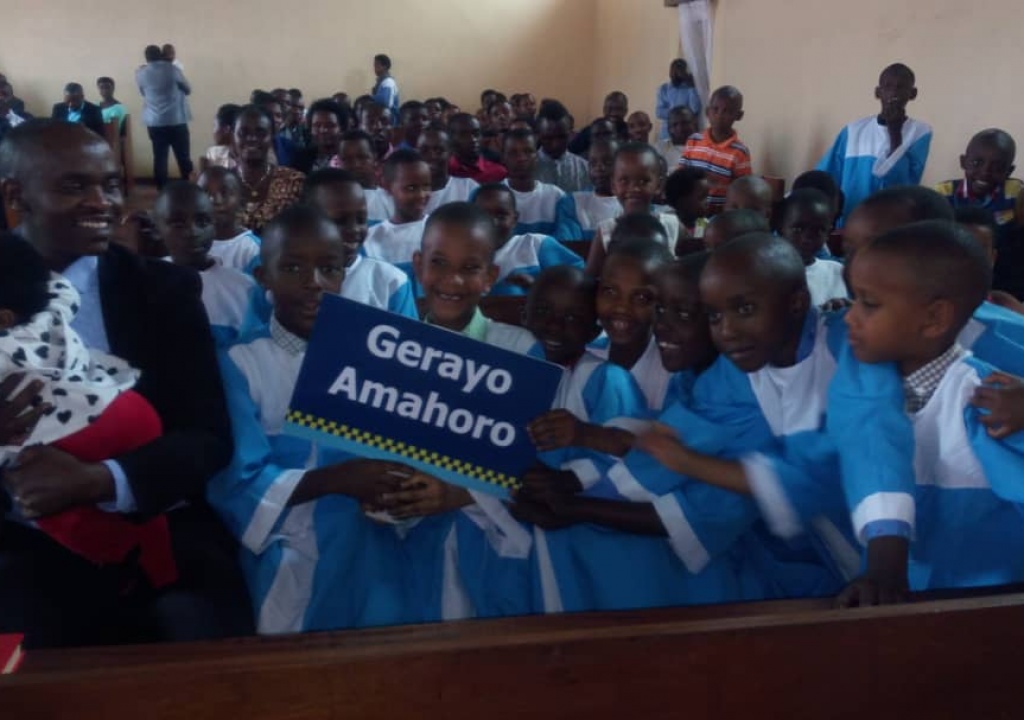 In the capital Kigali, the main event site was at the Pentecostal Church of Rwanda (ADEPR) in Remera opposite Kigali Arena, where RNP Spokesperson, CP John Bosco Kabera, delivered his message emphasizing personal safety and public partnership to make roads safe for all users.

In Muhanga district, Southern Province, besides the church campaign outreach, Gerayo Amahoro was also held specifically for the disabled persons including children born with physical disabilities and adults who have been victims of road accidents that left some of them with permanent disabilities.

The participants called for an increased education for motorists to respect pedestrians and other road users in order to avoid leaving more citizens disabled by road carnages. 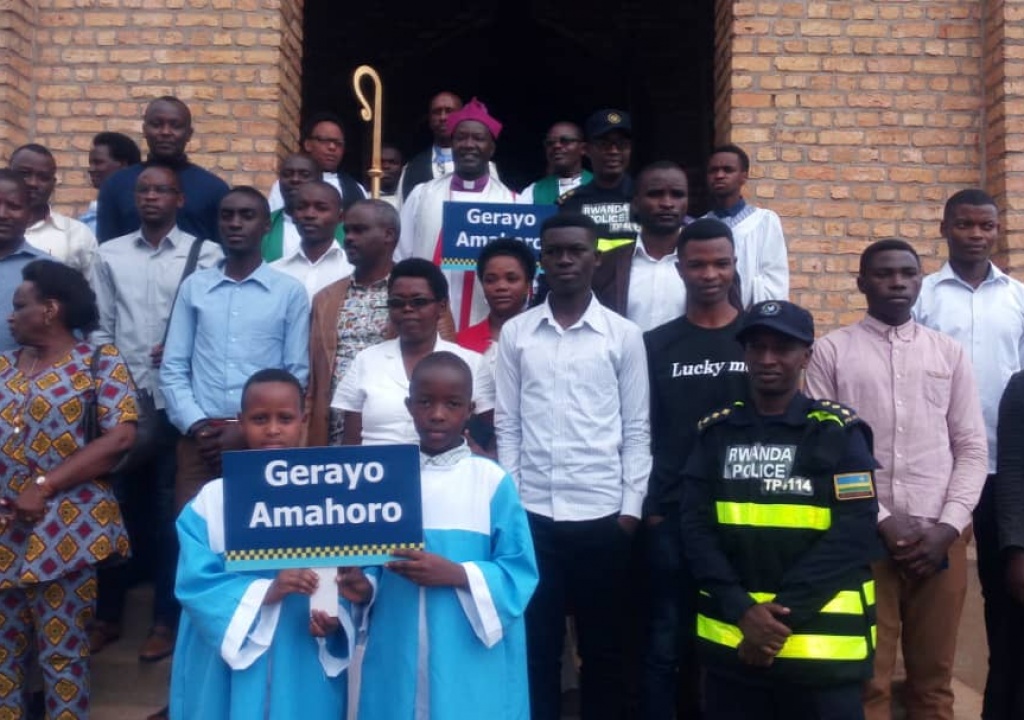 Gerayo Amahoro is a year-long campaign that intends to sensitize the general public to mind the road safety, which is a concern that cannot be solved by the only traffic police and drivers, but every road user.

The campaign is on its 36th week out of 52 weeks that it is supposed to cover.

So far it has gone to Driving schools, Catholic churches, schools, sporting events among others.

Traffic police statistics for 2019 show that there were 12,755 traffic violation tickets issued for over-speeding, and 30,042 were issued to vehicles that did not go for mechanical inspection yet 2,597 people were arrested over drunk driving in that year. 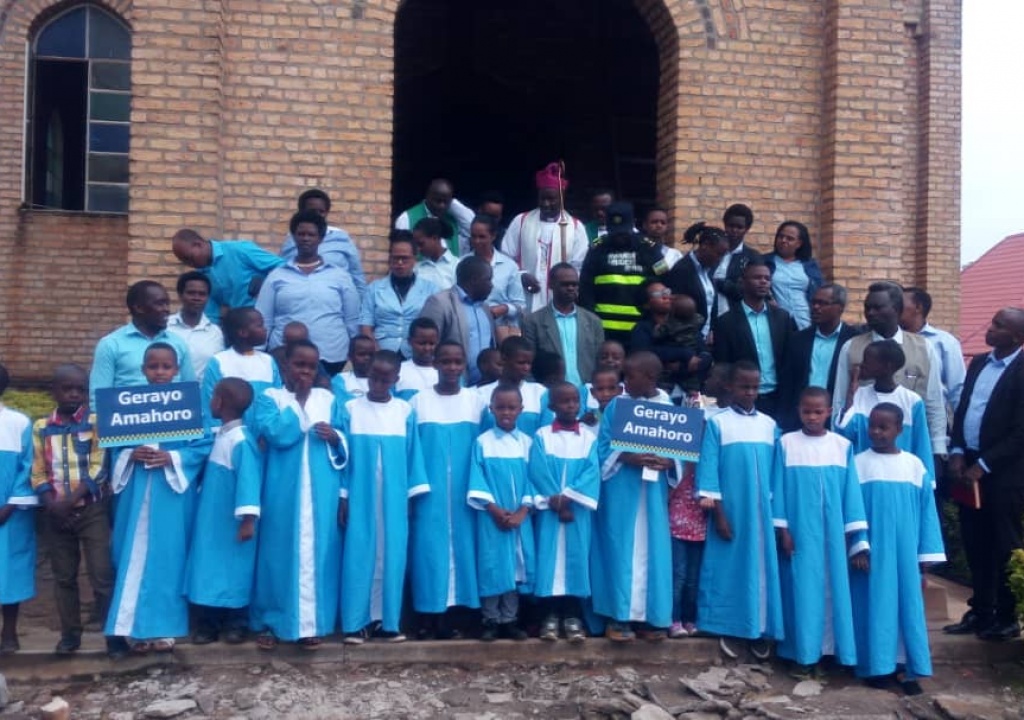 Driving under the influence of alcohol, over speeding and mechanically unsound vehicles, were some of the key reasons Gerayo Amahoro was implemented. Its implementation saw a 42 percent reduction in fatal accidents caused by the three.