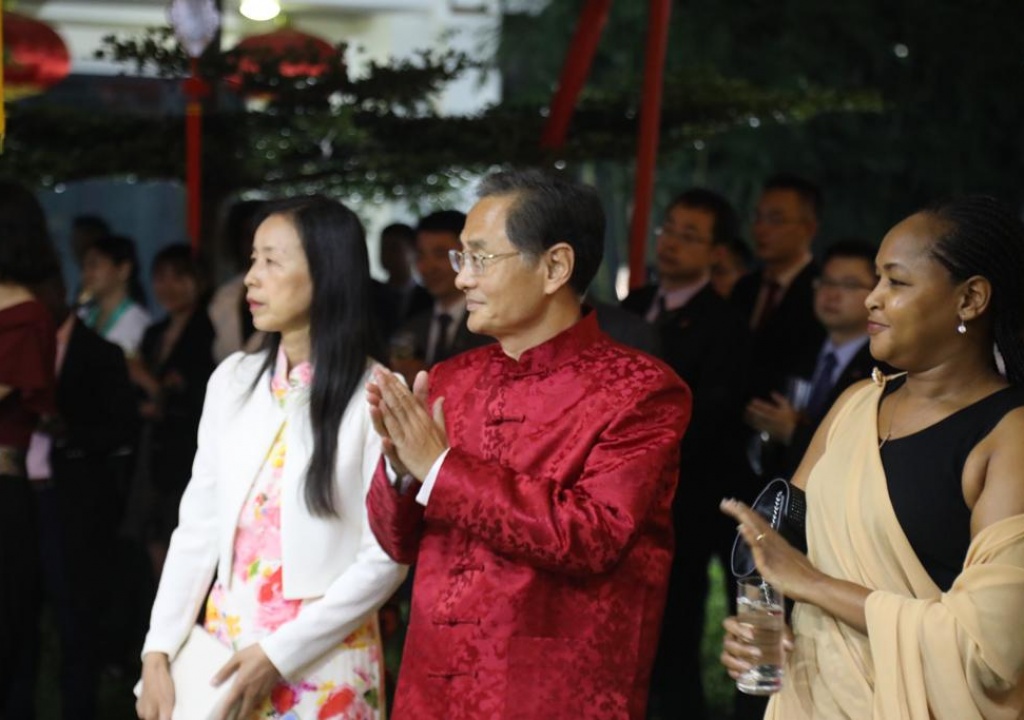 More and more diverse cultures are calling Rwanda home, this can mean celebrating the usual events at unexpected times, so according to the Chinese Lunar calendar Happy New Year, in the year of the rat.

Although not quite just yet, the 16th of January was when China’s diplomats in Rwanda invited their Rwandan friends to mark the Chinese New Year, which will in fact start on 25th January. And the reception was a splendid occasion.
Resplendent in red tunic (about which colour, more in a moment) the Chinese Ambassador to Rwanda, Rao Hongwei, was joined by his staff, to enthusiastically welcome guests into the Embassy grounds. 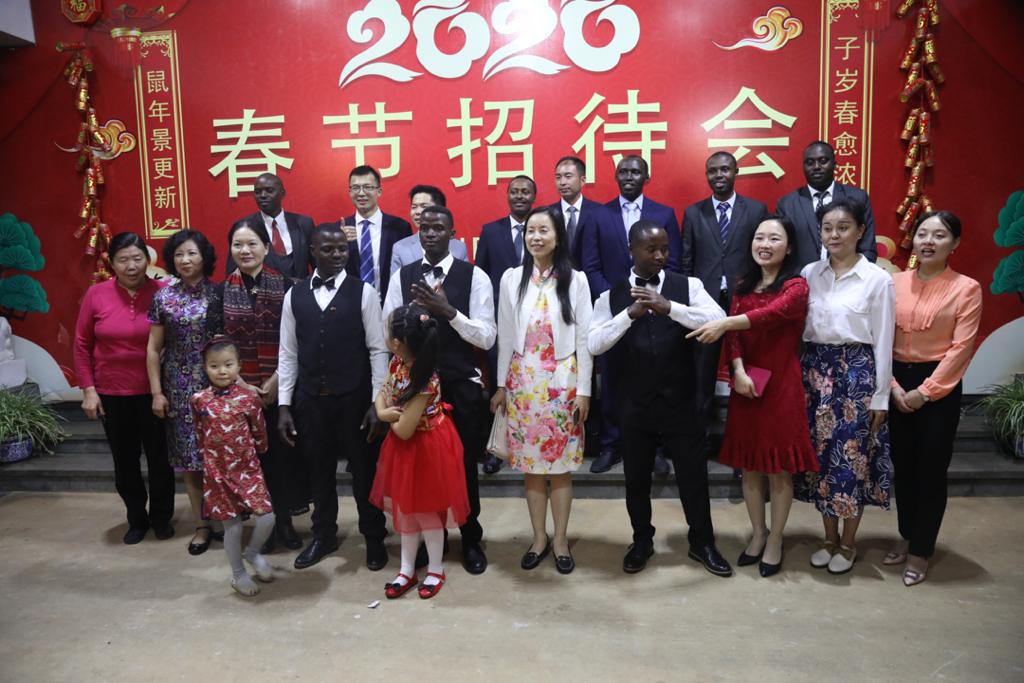 China has one of the oldest embassies in Rwanda, and they have used the time to good effect.

The Embassy may not be the largest, predictably, the Americans must take that prize, but China can legitimately claim to have one of the grandest, and architecturally, most eye catching Embassy building.

For these celebrations, or more accurately, to mark the forthcoming celebrations, the Ambassador’s red tunic set the tone for a red theme.

The Chinese love the colour red, and why wouldn’t they, when traditionally for them, red is regarded as an auspicious colour that translates to energy, happiness, good luck. 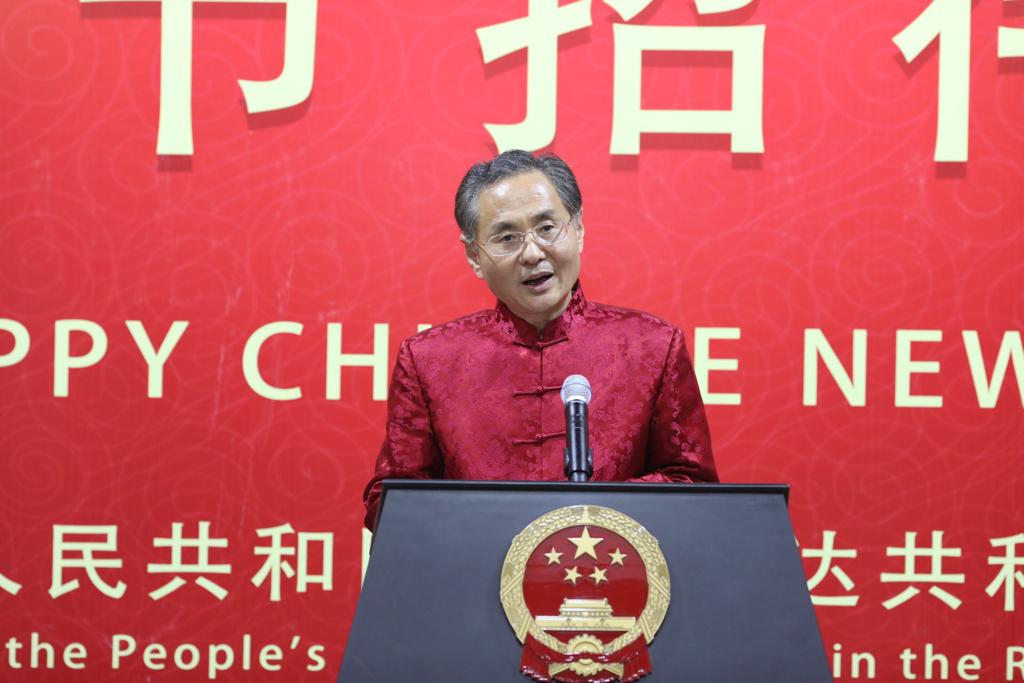 Guest of honour, representing the Rwandan government, was minister for youth, Rosemary Mbabazi. Shortly after her arrival, the proceedings were officially opened.

Master of Ceremonies, Economic and Commercial Counsellor, Wang Jiaxin was the trail blazer, opening his remarks by wishing everyone a Happy New Year of the Rat, a year in which coincidentally he was born.

Rats feature in Hindu mythology, but China, in its zodiac calendar, may be the only country where Rats are so highly regarded. 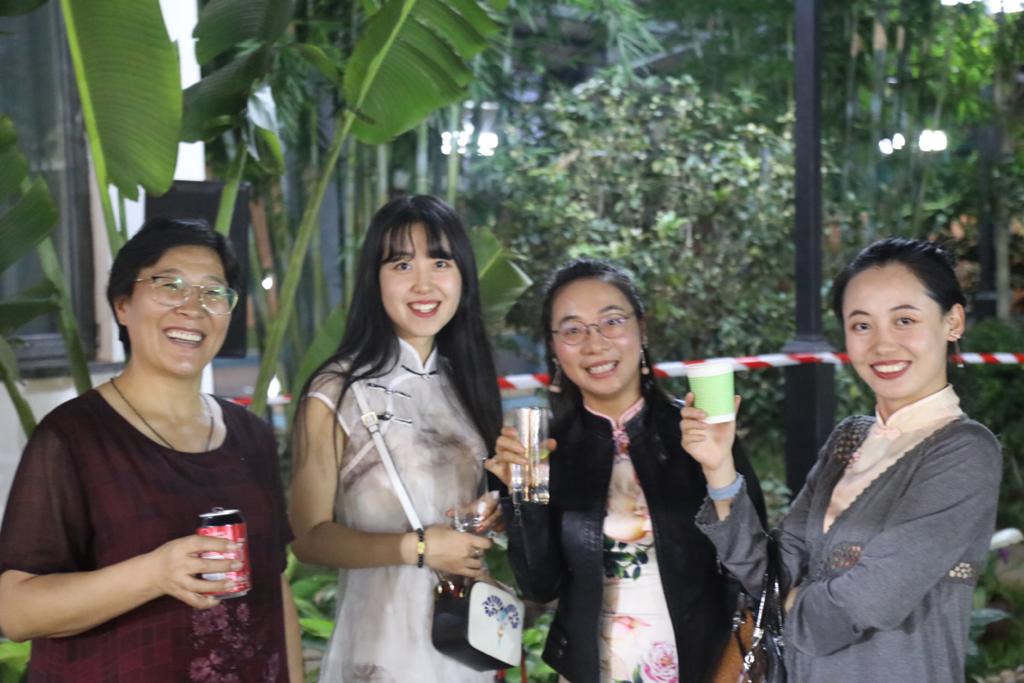 “In Chinese culture” begun Mr Rao Hongwei, “rat symbolises bright, sociable, ambitious and passionate. On behalf of the Chinese Embassy in Rwanda, I would like to extend our New Year greetings, and best wishes to all our distinguished guests present here, and through you to all friends of different walks of life in Rwanda…”

There is a genuinely strong bond of friendship between Rwanda and China, that is beyond the usual expected declarations of amity between countries.

Cooperation between Rwanda and China is according to the Ambassador, “running at a high level. The bilateral exchanges at different levels bring China-Rwanda relations friendly ties and mutual trust to a new height and give a strong boost to the all round development of China-Africa relations.”
Compared to the main event in China, the Embassy reception, with Chinese food prepared by the Embassy’s award winning chef, will nevertheless seem like a quiet tea party with a few close friends. 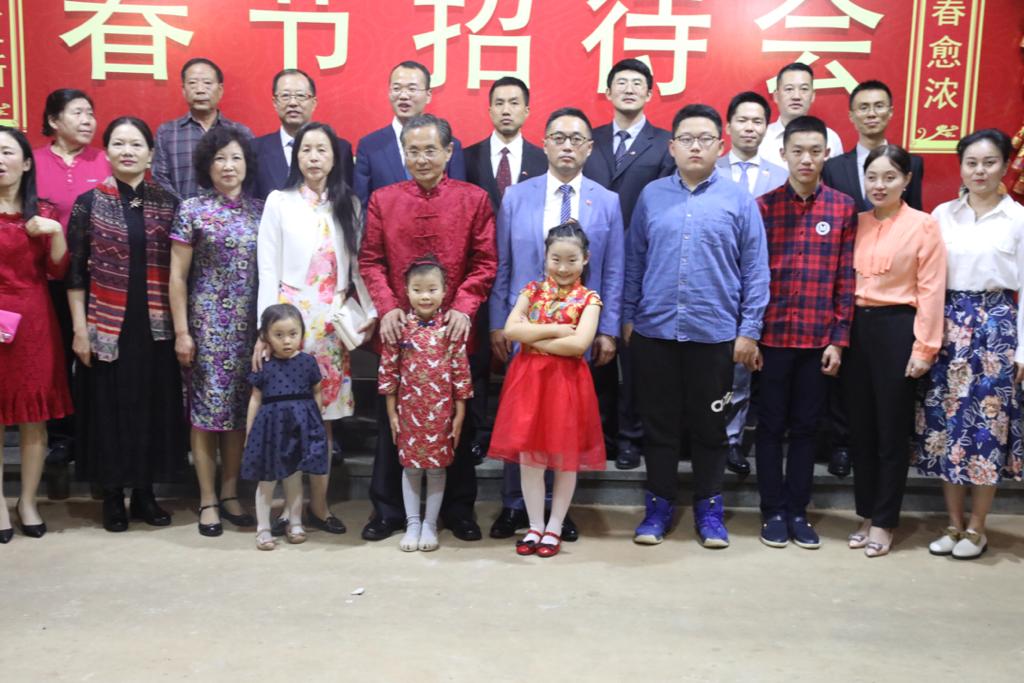 The Chinese New Year at home, also known as the Spring Festival, is biblical in its epic proportions. It is the beginning of spring, new life, at the end of winter.

Household decorations are put up on New Year’s Eve, 24th January this year, whereas official preparations will have begun in December.

The entire country will be festooned in red, the auspicious colour. There are no available statistics, but billions of red envelopes will be exchanged, given especially, but not exclusively, to children.

These days, these envelops, or Hongbao, contain money, crisp new notes. Cue long queues of people outside banks, waiting to exchange old notes for new ones. The denominations are of particular importance. Even numbers are considered luckier than odd numbers, except the number four, which in Chinese sounds like death, and so to be avoided. The number eight however is regarded as particularly lucky. 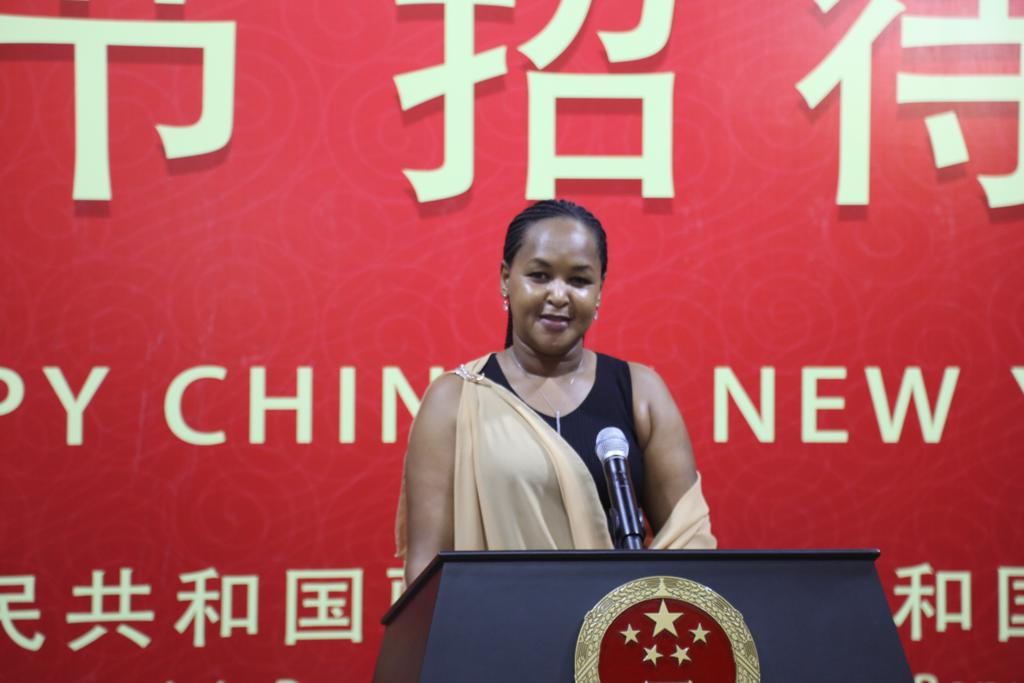 Traditionally, the point of the read envelope was the envelope itself, signifying luck, and future prosperity.

There are concerns among some that monetary considerations in the envelopes may degrade the cultural, even spiritual meaning, but theirs may be a losing battle, for now anyway.

Predictably with a country that is edging ever closer to a cashless economy, red envelopes, among young people especially, are sent through WeChat, the social media network.

The majority are however given in the traditional way, with some people even carrying red envelopes with them, in the event of chancing upon someone to whom they would like to present one.
Ubiquitous too will of course be rat motifs.

Almost every child will have a rat inspired toy. Couplets, wishing all comers good fortune, will adorn doorways, Chinese red lanterns will be everywhere, and then there will be the fireworks, and fire crackers. Billions will go off at New Year’s Eve, the most anywhere in the world, at any given time of the year.

“Chinese New Year is a time to be with family and we glad to be with our Rwandan family” said Wang Jiaxin, touchingly. It was a more heartfelt tribute than it may have seemed.

“The strength of a nation is derived from the integrity of its homes”, the great Chinese philosopher Confucius is quoted as having said. Every culture stresses the importance of family, but arguably no where more so than in China.

New Year is therefore a time for families to come together. An important feature the “Reunion Dinner”, after which families will sit together to watch the Spring Festival Gala, on television. The most watched show in the country, and given the size of the Chinese population, one can safely say, the world.

“New Year is also a time when Beijing is clear of traffic jams” joked Wang Jiaxin, as the capital city is cleared of people journey elsewhere. There are jams right across the country however, as people travel to be with their families.

China boasts one of the world’s most impressive infrastructure, and the country could do no better to prove this, than point to its ability to satisfy the demands of the Spring Festival journeys.

Around 3 billon trips will be made between now and the end of New Year’s holiday, when life returns to normal routine.

Of those an estimated 2 billion or so, will be by car, about 80 million, a lucky number of course, will be made by air, 45 million, despite the dreaded number 4, will sail safely to their destinations, with a massive 440 million, that four again, getting home by rail.

In any other country, this could bring untold chaos. China however, is more than prepared. Last year, 2019 on the Gregorian calendar, China added over 5,000 miles of rail, to what was already the world’s largest rail network, in addition to 5, 474 kilometres of high speed rail. This includes the 350 kilometres per hour driverless bullet trains. Over 5,000 train services per day, will be in operation, decreasing as demand falls. 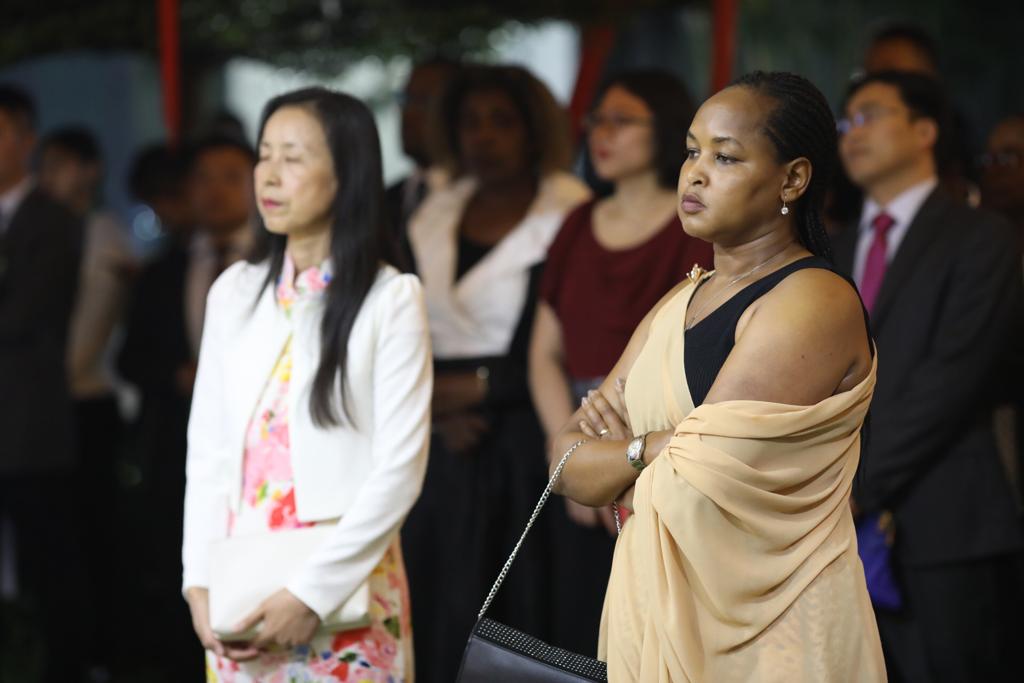 Twenty first Century technology will be deployed to help people celebrate an ancient tradition. Ticketing at up to a thousand train stations will be e-tickets to speed up the process.

Perhaps most impressive of all, is technology to help fly during low visibility, to keep the service moving smoothly.

“The Spring Festival is a festival of joy and celebration” said Ambassador Rao Hongwei, “Actually, we do have much to celebrate at this time…” before reeling off a list of developmental milestones, including a per capita income of close to $10,000. 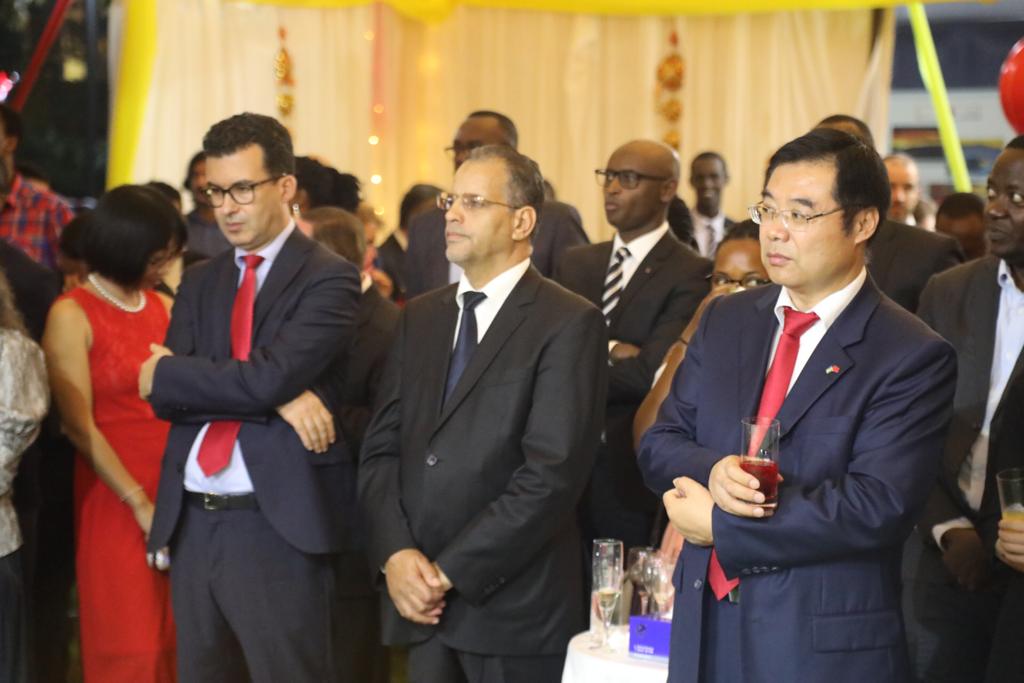 He might have added the infrastructure to meet the challenge of moving hundreds of millions around the country in a few days, quickly, efficiently and safely, on the most advanced transport system, anywhere in the world. Enough to tire even the most energetic rat. Happy New Year China.

Is Kigali Up To Defend Miss Rwanda Title?