Home ShowBiz ‘The600’ Film is Back
ShowBiz 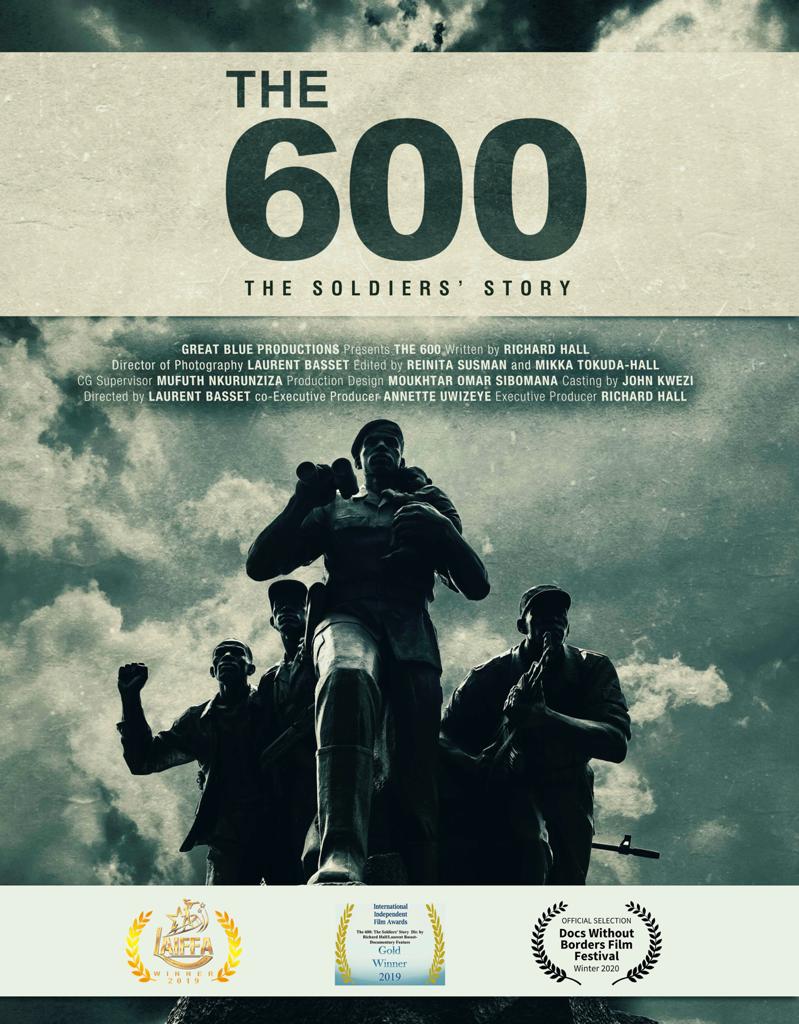 Rwandans wanting to watch the country’s most popular liberation struggle documentary film have one more chance to attend its screening in Kigali city, before it embarks on an international promotional tour.

The film known as ‘The600’ is a documentary of Rwanda Patriotic Front (RPF) Inkotanyi in the 3rd battalion who were trapped behind enemy lines of the then genocidal government and their priceless sacrifices made to set their country free.

Thereafter, it was screened in several embassies in Kigali, Washington DC, and Dakar in Senegal.

The documentary is now showing in Kigali.

“We will screen at century (cinema center in Kigali) till February 1st (Heroes Day) and focus on the festivals abroad,” said Richard Hall, the film Executive Producer and funder.

After February 1, The600 will start its international tour premiering at the London’s Fusion Film Festival on February 19, and then head to New York and Los Angeles film festivals slated this year.

Rwandans however, will have to wait a little longer to have the full film accessible online or on DVDs.

“No DVD or download deal anytime soon, these deals are always after festivals and TV sales. They have to go see at Century,” Hall told KTPress.

The film highlights can be seen on the600 website in just a two (2) minutes trailer on website- www.the600movie.com.

The producers say that they are negotiating a private distribution deal with an American company after failing to get a suitable company in a tendering process for distribution.

The movie runs for 117 minutes took 18 months of hard work to produce according to Richard Hall.