Kagame in Ethiopia for AU Summit Which Discusses ‘Silencing the Guns’ 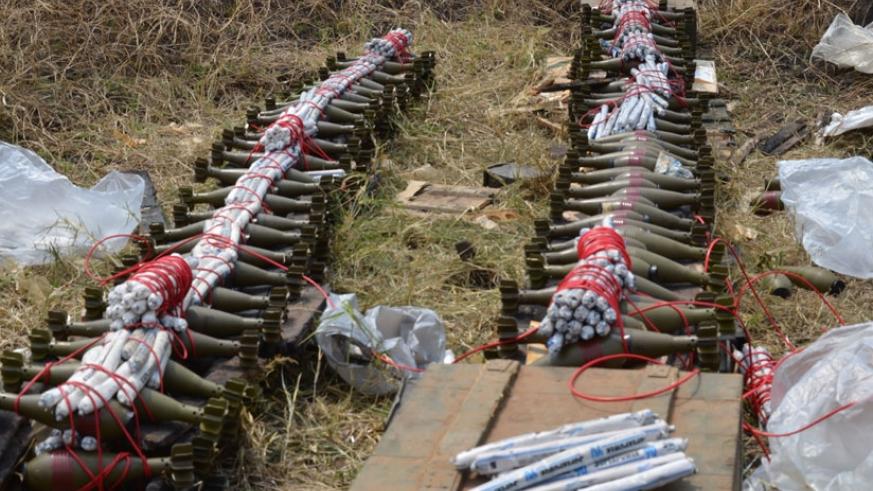 Destruction of 55 tonnes of unexploded ordnances, expired munitions and faulty explosives in Rwanda 2016. The exercise is part of avoiding illegal proliferation of small arms

President Kagame is in Addis Ababa, Ethiopia for the 33rd Ordinary Session of the Assembly of the African Union (AU) which is being held under the theme “Silencing the Guns: Creating Conducive Conditions for Africa’s Development”.

“Silencing the Guns” is a slogan of a project that targets silencing all illegal weapons in Africa.  An amnesty month of September 2020 was set where those with illegally-acquired guns can hand them in to the authorities without penalty.

Discussion on silencing the guns is timely given the situation of crisis in Africa and the world at large.

According to Stockholm International Peace Research Institute(SIPRI), an independent research on global security, in the Sub Saharan Africa where Rwanda is located, “Eleven countries had active armed conflicts in sub-Saharan Africa in 2018.”

The summary of the SIPRI’s annual year book indicates that “many of these conflicts overlap across states and regions, notably in the Lake Chad Basin and the Sahel, as a result of the transnational activities of violent Islamist groups, other armed groups and criminal networks.”

The report further reads that such conflicts “are also linked to extreme poverty, poor governance, economic fragility and low levels of resilience.”

In this context, SIPRI suggests three cross-cutting issues that shaped the region in 2018: (a) the continuing internationalization of counterterrorism activities in Africa; (b) changes in the scale and frequency of election-related violence; and (c) water scarcity and the growing impact of climate change.

“A peace agreement between Ethiopia and Eritrea in July was a potential game-changer in the Horn of Africa,” writes SIPRI.

As far as Rwanda is concerned, efforts to fight negative groups and proliferation of illegal small arms can be seen in the wider context of the repatriation, demobilization and reintegration of the ex-combatants.

The latter, largely include Rwanda’s militia who fled to the Democratic Republic of Congo (DRC) in the wake of the 1994 Liberation war which also stopped the Genocide.

The association says that when implemented properly, DDR programs reduce the number of illicit weapons in circulation and provide opportunities for former combatants to pursue a livelihood in areas other than soldiering. In many cases, programs provide incentives such as cash, goods, or skills training in exchange for weapons.”

The government of Rwanda gives cash money to the ex-combatants upon graduation from its demobilization and reintegration centre located in Musanze district – Northern province. 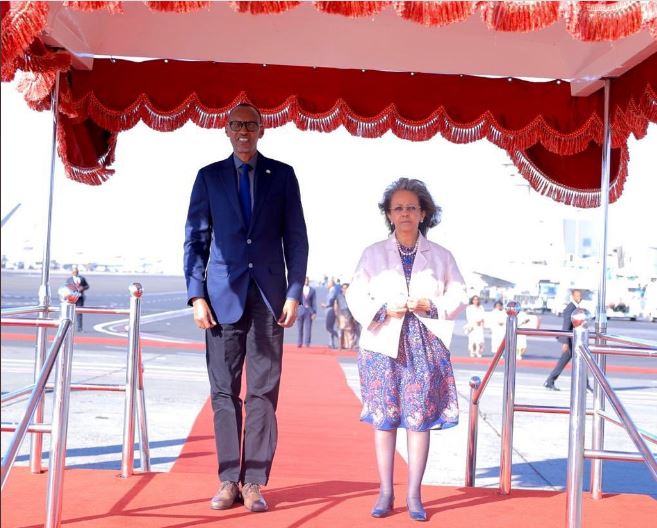 From that centre, more than 10,000 former militia graduated in more than one decade.

World Bank, is one of the key partner of Rwanda in the demobilization and reintegration of the ex-combatants.

“The World Bank has a multinational program that coordinates DDR programs throughout the Great Lakes region of Africa, the goal of which is to develop programs for up to 350,000 ex-combatants in nine countries,” reads part of the report by ACA.

Back to Addis, the 33rd AU Summit will bring together African heads of state and governments, foreign ministers of AU member states, AU Commission leadership, diplomatic corps and other invited delegates.

President Kagame will join AU Commission Chairperson H.E Moussa Faki Mahamat and other heads of state on Saturday, 8 February for a high-level breakfast on gender equality and women empowerment in Africa.

During the afternoon of 8 February, President Kagame will deliver remarks at the AUDA-NEPAD Orientation Committee which convenes various heads of state and government. A highlight of this session is Rwanda’s nomination as the next chair of NEPAD (New Partnership for Africa’s Development).

President Kagame will also attend the Peace & Security Council meeting at Heads of State Level and the AU High-Level Ad Hoc Committee meeting on South Sudan on the evening of 8 February 2020.

The official opening ceremony of the 33rd AU Summit will take place on Sunday, 9 February 2020.