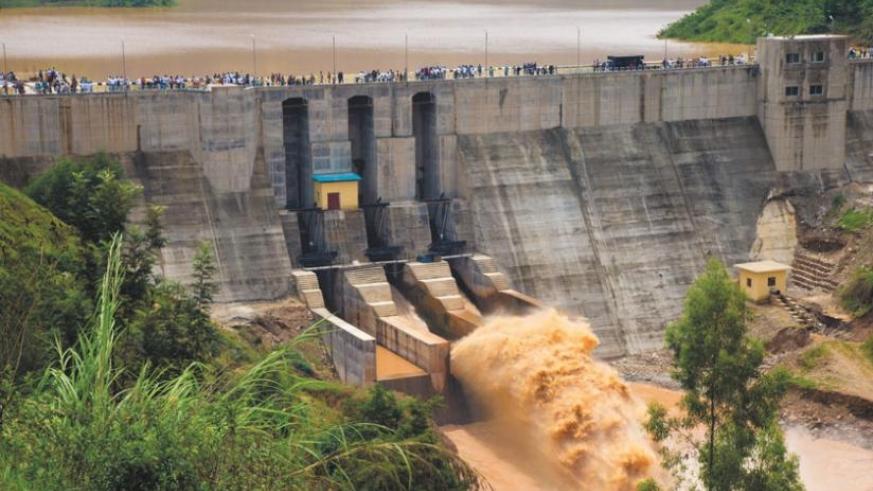 Nyabarongo I – currently producing 28MW to the national grid

Rwanda and the people’s Republic of China will tomorrow, February 7, sign a financing agreement to construct the Nyabarongo II Hydro-power project.

Nyabarongo II project is an addition to Rwanda’s mega energy projects that will push the country to attain universal access to electricity by 2024.

In an invitation sent to KT Press, the Ministry of finance and Economic planning which will sign the deal on behalf of the government, did not provide more details regarding whether China will offer the entire project funds.

The project is located at the upper reaches of Nyabarongo River in Shyorongi, Rulindo District, Northern Province – some 27km from the capital Kigali.

The 43.5MW total installed capacity of the hydropower station shall consist 3 units of 14.5MW each.

Its total pool reservoir level is 1,419m high, with the total storage capacity of 846.3 million m³ enough for the power plant to run throughout the year with minimum guaranteed generation of at least 50% in dry season.

Once completed, Nyabarongo II project will contribute to over 11.5% of the total installed Generation to the National Grid by 2024.

The feasibility Study for Nyabarongo II was completed in 2013 and later in 2015 the Ministry of Infrastructure and Sinohydro Ltd signed a Memorandum of Understanding (MoU) to develop the project under Build Operate and Transfer (BOT) modality.

The Nyabarongo II is a Multi- Purpose Project. It will increase power generation and control flooding during this first phase. In the second phase, the project will incorporate both the pumped storage which will increase power output from the river and irrigation downstream of the dam.

The Dam will regulate water flow to allow downstream irrigation projects and hence reclaiming a total land of about 20,000 hectares for the agricultural use. More than 1000 people are expected to get employment during the project’s construction period.

Nyabarongo II project follows the completion of Nyabarongo I – currently producing 28MW to the national grid.

It was commissioned by President Paul Kagame in March 2015.

Currently, Nyabarongo I is the largest Hydro-power plant in Rwanda, and has helped the country save up to $3 million per month – an amount previously spent on diesel generators to produce power, according to officials at the ministry of infrastructure.

Nothing Grows where There Is Divisionism and Hatred – Jeannette Kagame