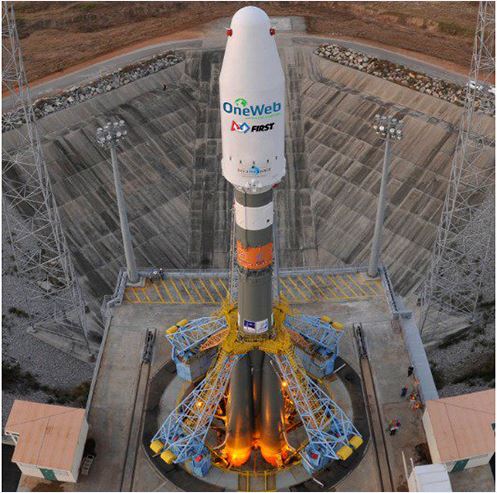 One Web, an international telecommunication giant says commercialization for its satellite internet services worldwide will be operational around April 2021.

This communication comes a day before the launch of the second batch of thirty-four (34) satellites to be held on 7 Thursday, in Baikonur Cosmodrome, Kazakhstan.

The first batch of six (6) satellites was launched in February last year, with Rwanda collaborating with One Web, to have her first-ever satellite internet dubbed ‘Icyerekezo’.

The global satellite was named ‘Icyerekezo’ by students from St Pierre Nkombo island Rusizi district, western province, who are currently waiting enthusiastically to be connected on an integral part of the high-speed satellite global broadband network.

“Rwanda will be connected with the rest of the world next year around April. We are now focusing on providing 24/7 internet at the same time globally. St Pierre students are among the beneficiaries probably in April. They will have free internet for 10 years,” Patrick Kariningufu, vice president of the Middle East and Africa at One web told KT Press.

Karaningufu further said: “After ten years, prices will be negotiated by one web and Rwandan government depending on the quality of internet and world market competitions for the internet by then.”

This second launch of thirty-four (34) satellites will rapidly grow one web installation of 684 satellites by 2021. Each satellite forms a basis of the high-speed global satellite broadband network. The global commercialization of internet services will start with maritime, aviation, the government in late 2020 and enterprises like schools in 2021.

“This satellite service does not target St Pierre students only because they were chosen to name the satellite ‘Icyerekezo’. Our dream is to see all the schools and communities in Rwanda connected to the internet and the global at large.”

Students from Nkombo Island – one of the remotest Islands within the volcanic Lake Kivu in the western part of the country who named the satellite  can’t wait to be connected to internet.

“I believe Icyerekezo satellite internet will help to do much research easily. They told us it would be faster,” Geoffrey Shema, senior four students at St Pierre told KT Press. 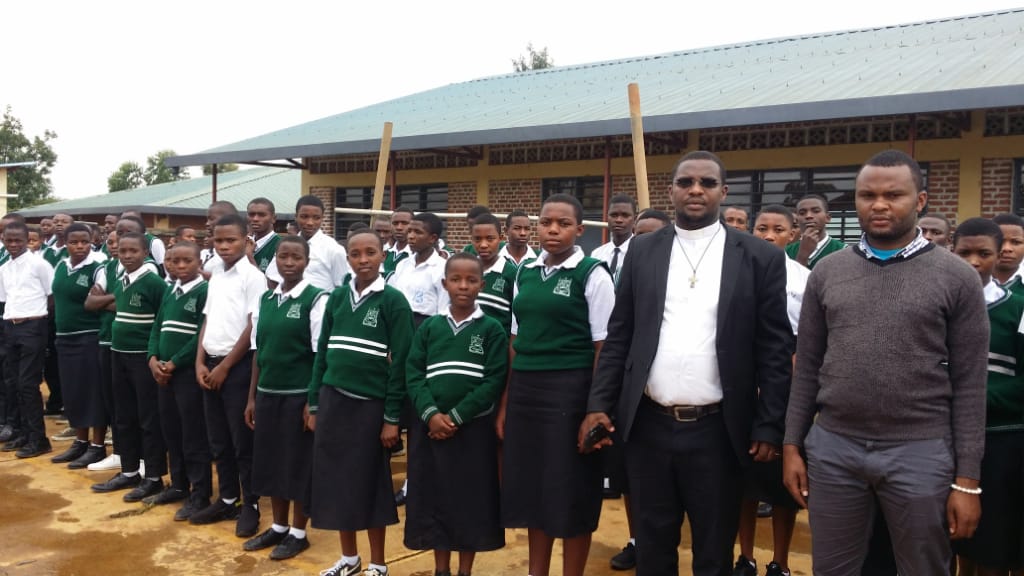 “ think our academic performance both at school and national level will improve if that satellite gives us internet. We shall be able to navigate on internet to understand our courses,” said Celine Uwineza, a student of MEG, at St Pierre Nkombo.

“Teachers may give us about 60% of the required content in a course, and it’s up to us to find the rest ourselves, which is difficult when you don’t have internet.”

Silas Nsengimuremyi, head teacher of the St Pierre school said: “Our combinations require a lot of research. Currently, we rely on wireless internet which is very slow in this part of the country; downloading a document only takes over 30 minutes or fails completely.”

The London based company (One web), which was founded in 2012, is one of organizations battling to commercialize low Earth orbit (LEO) through delivering fiber-like high-speed internet.

The second batch of a satellite owned by one web will be launched by Arianespace, a multinational commercial launch service provider which will place satellites into a near-polar orbit at an initial altitude of 450 kilometers from where they will rise to their final orbit of 1200 kilometers and form part of one web satellites.

According to one Web officials, building implementation of the global satellite cost about $3billion, the money raised in big entities including Softbank, Qualcomm, Grupo Salinas, and the Rwandan government.