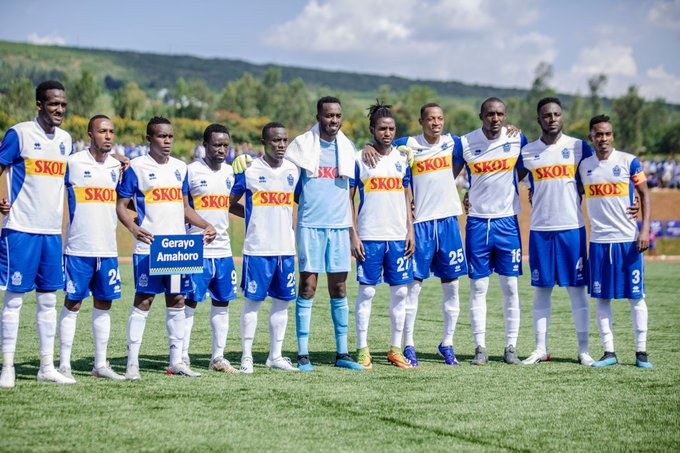 Rayon Sports players have rejected the request of their club to forego their wages until the football returns as the club cites financial crisis caused by the coronavirus pandemic.

In a letter signed by the team’s captain Eric Rutanga,the reigning champions said  they were not consulted before the club took the decision to withhold their wages.

This came a few hours after the club released a statement, backdated to March, announcing that they will not be paying their non-playing staff until football activities resume.The club also stated that players who have already gone two months without pay will only get paid for February.

The players who are currently confined to their homes, claim their March’s pay, saying they had already played all the games scheduled last  month and were about to go into the break when the league was suspended.

Rayon Sports is one of the few clubs that rely on matchday ticket receipts for income. Their last league game over a month ago was held behind closed doors due to the coronavirus fears.

It’s been over a month since the league was suspended indefinitely with a maximum of seven games to go but it remains anyone’s guess whether there will be further matches with teams already struggling to cope with the coronavirus crisis and the country on lockdown until April 30 at the earliest.

The Rwanda Football Federation (FERWAFA) in charge of national football activities recently said they will take any decision to resume football when they deem it ‘necessary’ and  based on advice from the relevant National public Health Authorities.

Musanze FC and Espoir Fc, have already laid off their players while Bugesera FC resorted to temporary salary cuts saying the squad has accepted the club’s request of more than a 60% pay cut amid the coronavirus crisis.

There is still a feeling that other clubs may follow suit.