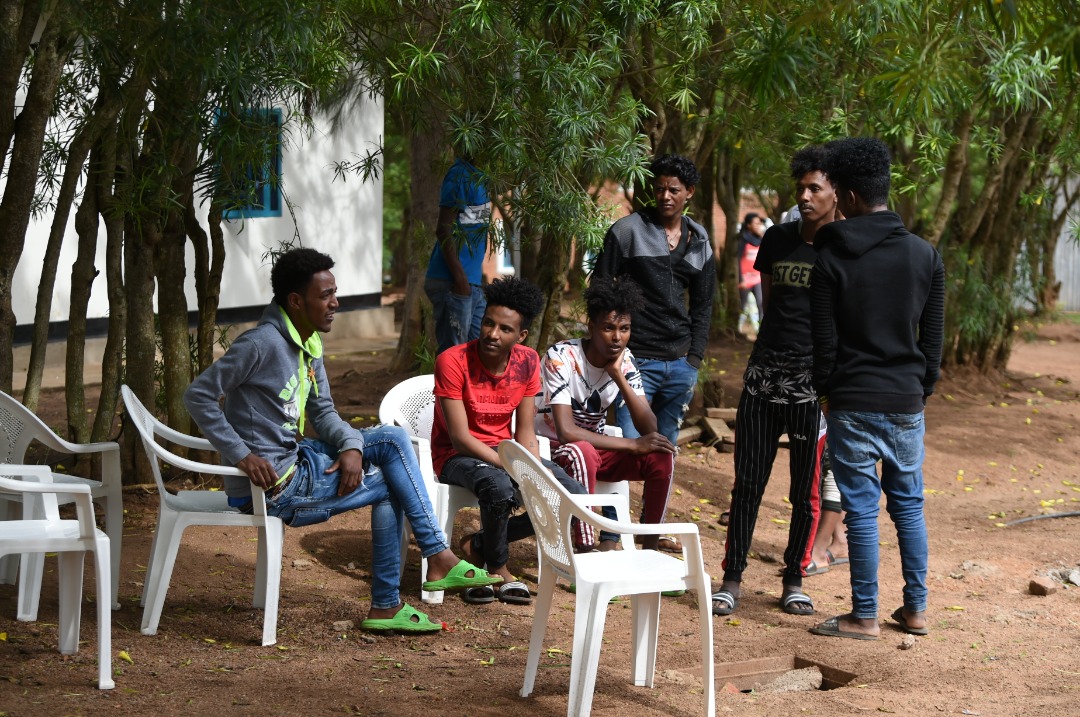 Rwanda Investigation Bureau (RIB) has concluded that allegations of sexual assault by a minor refugee at the Gashora Emergency Transit Centre against a Rwanda National Police commander at the centre in Bugesera district are unfounded.

The Ministry of Emergency Management (MINEMA), which manages the camp together with the United Nations High Commission for Refugees (UNHCR) said on Tuesday that investigations found that the allegations which were earlier dismissed by Police were not true.

“On 14 April 2020, a minor refugee filed a complaint of sexual assault against the police commander at Gashora Transit Centre. The Rwanda Investigation Bureau (RIB) has thoroughly investigated this allegation and determined that it was unfounded,”

“On 13 April 2020, three refugees (two adults and one minor), including the complainant, returned to Gashora Transit Centre after curfew. In accordance with procedure, they were held at the sentry house adjacent to the gate until the arrival of the police commander,” the Permanent Secretary at MINEMA, Olivier Kayumba said on Tuesday.

The Ministry further said that the police commander reminded the three refugees about the importance of established curfew rules, particularly in the context of the COVID-19 lockdown.

Later, however, the minor alleged that the commander attempted to sexually assault him. The story was sold to refugee bloggers and activists who spread the allegations of assault widely, including through international media.

“The medical report determined that no physical assault took place, and the testimonies of all eye witnesses (including the two adult companions of the complainant) indicate that no sexual abuse took place. At no time was the complainant separated from his companions during the period in question,”

“Investigation further determined that five adult refugees are responsible for pressuring the minor refugee to make the false report, which they then transmitted to media contacts in a bid to accelerate their resettlement. Given that context, the minor refugee will not face charges for filing a false police report,” the Ministry said.

On April 18, UNHCR called for calm among African refugees relocated from Libya last year and resettled in Rwanda, urging them to wait for the investigations and respect national laws. UNHCR is yet to comment on the outcome of investigations.

RNP was responding to a one Andre Gagne, who describes herself as a human rights activist and blogger dedicated to documenting the lives of African refugees in Libya.

Police said the sexual assault allegations against one of its officers were aimed at covering up the bad conduct of the refugees who arrived in the country last year.

Police said that during the COVID-19 pandemic lockdown, it had been agreed that the refugees get the permission of two hours to go shopping and on that day, three of the refugees including the minor left the camp at 2pm and overstayed their permission, only to return at 6.30pm.

They were held at the holding room in the camp near the gate but it was discovered that they were drunk. RNP said the Commander and two other officers decided to search them per protocol but one of them ran away and entered the living quarters.

Police said that earlier on April 6, camp management agreed with the entire resident community not to play music instruments during the genocide commemoration week from April 7 to 13, because they had been loudly socializing and the noise was reaching the neighborhood community.

Police further said that on April 12, officers confiscated the music instruments after the residents had decided to use them in breach of what had been agreed upon.

Displeased by the enforcement of lockdown measures that stopped them from leaving the camp as they wanted, RNP said they conspired to make up a story of physical and attempted sexual assault.

The Government of Rwanda, in partnership with the African Union and UNHCR, established in September 2019 the Emergency Transit Mechanism (ETM) for the evacuation of refugees and asylum seekers of various nationalities from Libya.

PS Kayumba said that the Government of Rwanda will continue to work with UNHCR and other partners to ensure the protection and safety of all refugees in the country.

All relocation plans have been put on hold as the country continues to observe the COVID-19.