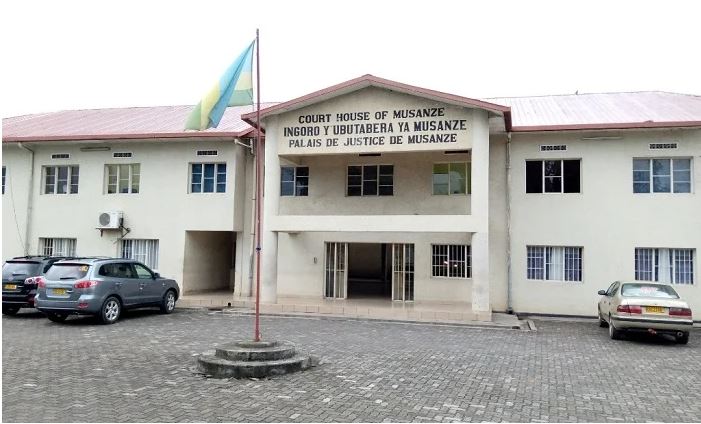 Musanze Intermediate Court in Nothern Province today listened to a bail hearing in which a Catholic Church priest, was battling his freedom after being arrested and detained for alleged sexual abuse and impregnating a 17 year old parish girl.

The priest is believed to have had a sexual encounter with the victim in his parish area of Mbogo in Gakenke district where he was also a family sponsor-helping the victims’ family in so many ways.

In her testimony, the victim said that the priest forced her into bed four times, inside his parish house bedroom, which had three mats, the latest being in November 2019.

To show other evidence, she told court that the priest was circumcised.

Based on this circumstantial evidence, the defendant was sentenced to 30 day provisional detention by Gakenke Primary court, which he subsequently appealed against.

After analyzing the testimonies of the plaintiff and the bail appeal of the suspect, the intermediate court ruled that there were disconnected facts in the victims’ allegations.

For example court found that the said Priest’s room had four mats instead of one.

The court concluded that evidence was baseless while saying that possibly, the victim was offered this unverified information by a source from the parish.

The court also quoted the report of the doctor which indicated that the defendant was not circumsised contrary to the earlier allegation.

There were, according to court, disconnected facts in claims that when the minor got pregnant —her mother claimed that the pregnancy was by a young man from Kamonyi district, but later changed the position to blame it to the priest.

The priest who has been in jail in Musanze denied having had a sexual relationship with the victim and asked for DNA test to be conducted for further evidence.

He argued that the victim claimed the last time they met for a sexual act was November, 2019, yet the gynechology report showed that she is five months pregnant.

Basing on these discrepancies, the Musanze court ruled that the priest be granted immediate bail and required him to appear in the area court every Friday for the next six months, for further inquiries into the case.

Let Critics Say What They Will, I Love Weasel – Sandra Teta