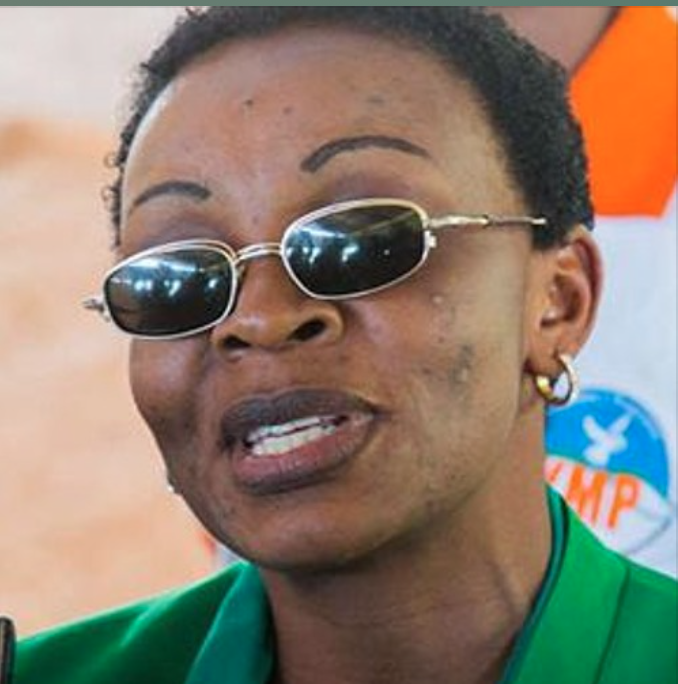 It is likely that from what law enforcers gathered out of the surprise visit, Ingabire will most probably find herself in trouble with the law, less than two years after she was released from prison by presidential clemency in September 2018.

The founder of the so-called FDU Inkingi came up with new ways to disguise her machincations, quickly renaming her unregistered political outfit DALFA Umurinzi, after it became impossible to cover her involvement in terrorism networks after the United Nation’s Group of Experts confirmed that FDU-Inkingi was part of the “P5” coalition.

The P5 militia, which has since suffered huge casualties as a result of clean-up operations by the DRC armed forces (FARDC), comprises different terrorist organisations including Rwanda National Congress (RNC), Ingabire’s FDU-Inkingi, the so-called PS-Imberakuri of Bernard Ntaganda, PDP-Imanzi of convict Deo Mushayidi and Amahoro People’s Congress of Etienne Masozera.

Upon realising that she had been exposed, Ingabire attempted to distance herself from the virulent propaganda of the online FDU-Inkingi platforms by launching a new political group called DALFA Umurinzi in November 2019.

Though many read into her frantic moves to cover up her criminal activities, Ingabire was left to continue with her activities, continuously abusing the freedom she was granted.

She has tried desperately to maintain relevance by alleging disappearance or harassment or even murder of people close to her.

In keeping with her constant manipulations, Ingabire has also been attempting to sanitize her mother Therese Dusabe, a former nurse remembered very well for her role in the Genocide in Butamwa Commune, now Mageragere Sector in Nyarugenge.
She has appeared on local media and Youtube channels which act as her mouthpieces, to explicitly deny her mother’s active participation the Genocide. But that is a story for another day.

Apart from having to report to Prosecution regularly as required by the law, and a summons by RIB last October for questioning over her links to the terrorist groups, links which, have never been in doubt. Ingabire has been enjoying her freedom.

She has revealed in interviews with western media outlets and all sorts of fringe YouTube channels, while feeding hungry human rights groups all kinds of false allegations.

However, as they say in Kinyarwanda, ‘Akabaye Icwende ntikoga’. Ingabire’s criminal activities have continued unabated. In her October 2019 summons at RIB, she was questioned about the deadly October 5 attacks in Musanze and Burera districts, which were linked to RUD-Urunana militia and “P5”.

The armed attacks claimed at least 15 people and some of the captured assailants confirmed links to Ingabire, prompting her attempted reinvention through her new front “DALFA”.

Gaston Munyabugingo, one of Ingabire’s followers, was caught attempting to flee the country to join one of the terror militias in the region.

Reliable sources say that the arrest of Munyabugingo provided deep insights into Ingabire’s subversive activities and those involved.

Following the search by RIB over the weekend, Ingabire and her camp went into panic mode, scrambling over to human rights groups, in attempts to generate statements condemning Rwanda, to distract from what they know is seriously incriminating evidence.

It would not come as a surprise when the usual suspects, NGOs that feed off hounding the Rwandan government over their favourite “opposition politicians”, cook up more biased, one-sided reports, in total disregard of all the evidence that may implicate their chosen protegés.

The case of Ingabire has been a puzzling one. According to the watchdogs, she is the subject of a witch-hunt, and it does not matter how much evidence is presented in courts of law, be it documents and pictorial evidence gathered by the Dutch Police in her former country of residence, or details of her trips to DRC or Congo to meet militia groups including the FDLR.

When Victoire Ingabire was first arrested in 2010 and sentenced to 8 years by the High Court on charges of inciting the masses to revolt against the government, forming armed groups to destabilise the country, and minimising the 1994 Genocide against the Tutsi, these groups shouted from the rooftops.

On appeal, her sentence was later increased to 15 years by the Supreme Court in 2013. Still the watchdogs blasted their condemnation of an open and transparent legal process, which media, ordinary citizens and interested diplomats followed in real time.

Why is it that for these groups, rule of law and evidence doesn’t matter? It’s as if 12 million Rwandans have no rights when it comes to their security and freedom to live their lives without the threat of terror.

Let us not forget that Ingabire was not released because she was innocent, nor was it because there was no evidence linking her to serious criminal acts.

She got early release because, just other Rwandans convicted of different crimes, she deserved a chance at a new lease on life upon requesting for clemency, which she did several times.

However, at this point, what Munyabugingo has revealed during investigations, which prompted RIB to pay an impromptu visit to Ingabire could be a major turning point for her and many others who will be named in the dossier.

According to the RIB Spokesperson, Marie Michelle Umuhoza, there are many people who will be questioned in the coming days as more of Ingabire’s activities come to light.

Will her parole be revoked for Ingabire to face justice again? Time will tell.