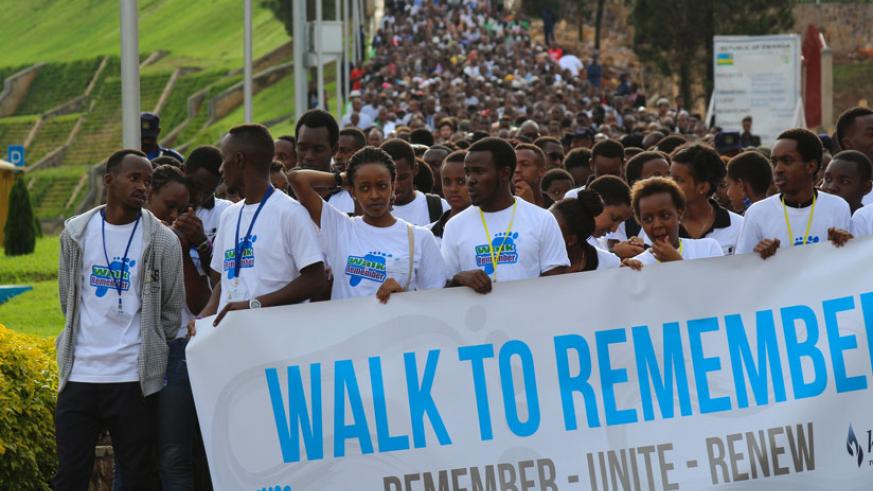 Rwanda Parliament has examined the relevance of a new draft law governing the National Commission for the Fight against Genocide (CNLG) which could see the commission relieved of some of its original responsibilities.

The proposed law was presented Monday by the Minister of State in charge of Constitutional & Legal Affairs, Soline Nyirahabimana suggesting that after 13 years, some of its provisions should be revised in order to conform to the national policy of fighting genocide and its ideology.

Nyirahabimana said the main reasons for the revision of the law governing CNLG was to ensure that moving on, the commission remains more focused advocacy and partnerships but also reduce time that it’s Executive Secretary spends on running after other responsibilities.

The new proposals include: conserving documents of the Gacaca jurisdictions, seek assistance for Genocide survivors and pursue advocacy on compensation of genocide survivors, to elaborate and put in place strategies meant to solve genocide consequences such as trauma and other diseases which resulted from genocide.

This proposal means that the CNLG will be relieved of responsibilities like managing welfare and issues of trauma among genocide survivors, which the commission has been manning in collaboration with the ministry of health and the Genocide Survivors Assistance Fund (FARG).

In order for this to happen, the new draft law suggests provisions relating to a new CNLG structure, composed of the Council of Commissioners and the Bureau of which the minister said with more executive leadership appointed to the commission, there will be division of labor.

“The health ministry will solely take responsibility of trauma treatment and survivors funding will be handled by separately by FARG.  This will ease the job of the commission but collaborate with other institutions as it was before,” Nyirahabimana said.

Nyirahabimana explained that collaborating institutions have over the last years grown in managing these issues and the direct engagement or management of such activities has created a duplication of activity plans and subsequent conflicts of interest.

“With this focus on core activities, the CNLG Executive Secretary will have time to concentrate on performance instead of being caught in the middle of daily management and oversight activities,” she explained.

This argument was bought by some members of parliament but MPs like Suzanne Mukayijore insisted this would be a deviation of the whole purpose of the commission and possibly create impunity in decision making.

Parliament approved the relevance of the law composed of thirty-one article in five chapters, which will now be submitted to the committee for revision before it’s presented to another plenary session soon.