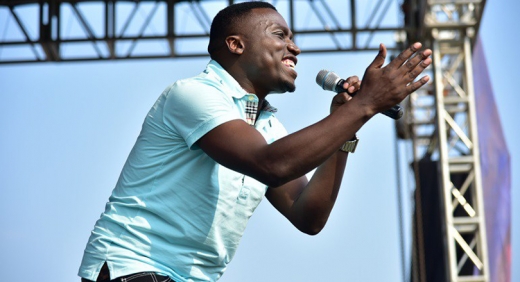 Afrobeat singer Daniel Semivumbi a.k.a Danny Vumbi has ignored critics that want him to change the price of his new album ‘Inkuru Nziza’.

Danny Vumbi set his new album at Rwf 100,000 and says his real fans will buy it without thinking about the price.

However, as soon as he posted the price, he was welcomed by insults and threats on his Instagram platform saying that the price would be reduced by half only after the album’s official launch, July 17th.

“Instead of buying this album at 100k, I would rather invest it in buying a plot,” says one Hakizimana.

“I would rather buy 500GB and download all songs on the album including those for other artists I feel like and still remain with the balance,” says another critic.

Danny Vumbi first replied to some fans explaining how he will reduce the price after official launch on 17th July, but no one seemed to buy his explanations according to the comments.

“Already 9 people have purchased the album including one who paid 500k. After the launch, the price will reduce to Rwf 30,000-50,000 Rwf depending where one is buying it from whether CD or flash,” Danny Vumbi explained.

“You may not prevent people from making comments but that’s my plan.”

Danny Vumbi is regarded as one of genius song writers, who has penned down songs for established artists like Bruce Melody, Urban Boys, Charly Na Nina and many more.

He was among the three singers that made up one of the famous music groups of 2002 dubbed The Brothers.