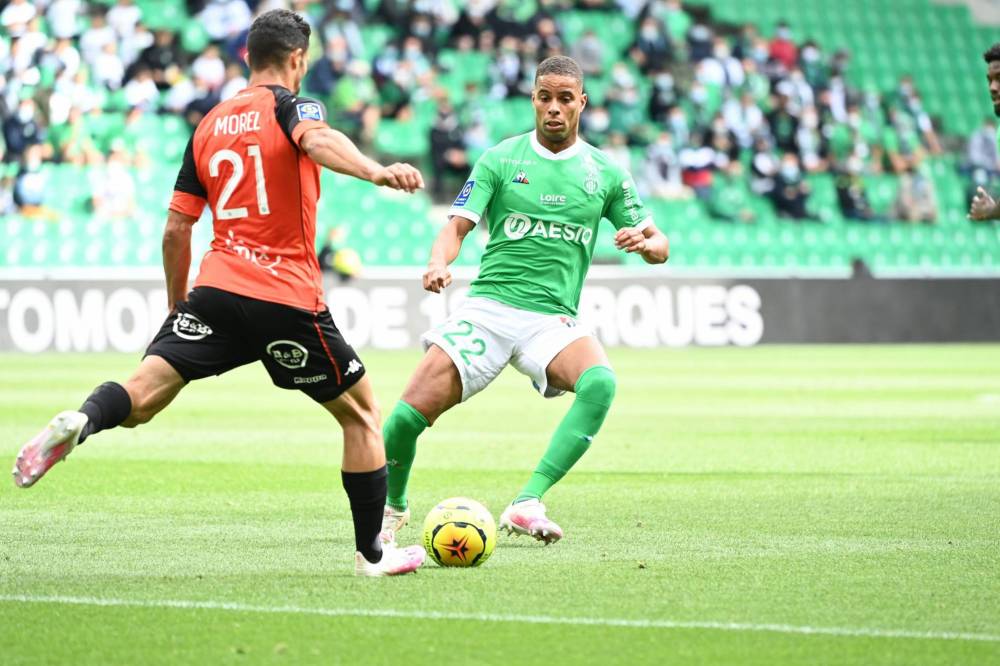 Saint-Étienne striker Kévin Monnet-Paquet looks set to finally end his injury nightmare after making his first appearance in 560 days, against Lorient on Sunday.

The 32-year old damaged his anterior cruciate ligament in his left knee during a match against Paris Saint-Germain back in February 2019.He then suffered a setback in October last year and was forced to undergo a surgery. He has since been sidelined.

Having previously not made a first-team appearance for 560 days, Kevin Monnet-Paquet returned to action on Sunday, coming from the bench in the second half to replace Romain Hamouma in their league win against Lorient.

The French-born striker recently announced his intention to represent Rwanda internationally despite playing for the French youth team at the U21 level.

The forward was born in Bourgoin-Jallieu in France, to a French father and Rwandan mother and started his career at Racing Club de Lens. In 2014 he moved to Saint-Étienne from Lorient.

Kévin Monnet-Paquet will be expecting his first Amavubi call-up later this year when Mashami Vincent names his squad for the two Africa Cup of Nations qualifiers against Cape-Verde in November.