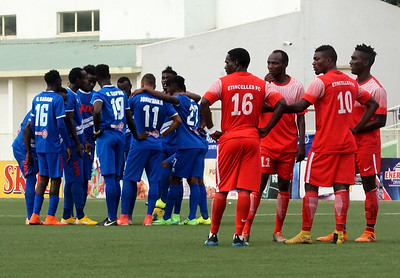 A planned return of football has been further delayed after Rwanda Football federation (FERWAFA) canceled plans to resume football activities next month.

National leagues were expected to return next month with the start of the season scheduled on October 30.

However, clubs face a longer wait after they received letters on Friday announcing the cancellation of the earlier planned schedule.

Announcing the postponement, Ferwafa stated “We would like to bring to your attention the changes regarding the start of competitions for the 2020-2021 football season. Further details about the start of the new season will soon be communicated to you”

Transfer activities will not be affected by the suspension.

In March, all sports activities were brought to a premature halt due to COVID-19.

The Rwandan football league was eventually curtailed in June, and runaway leaders APR were subsequently declared champions while Heroes and Gicumbi were relegated.