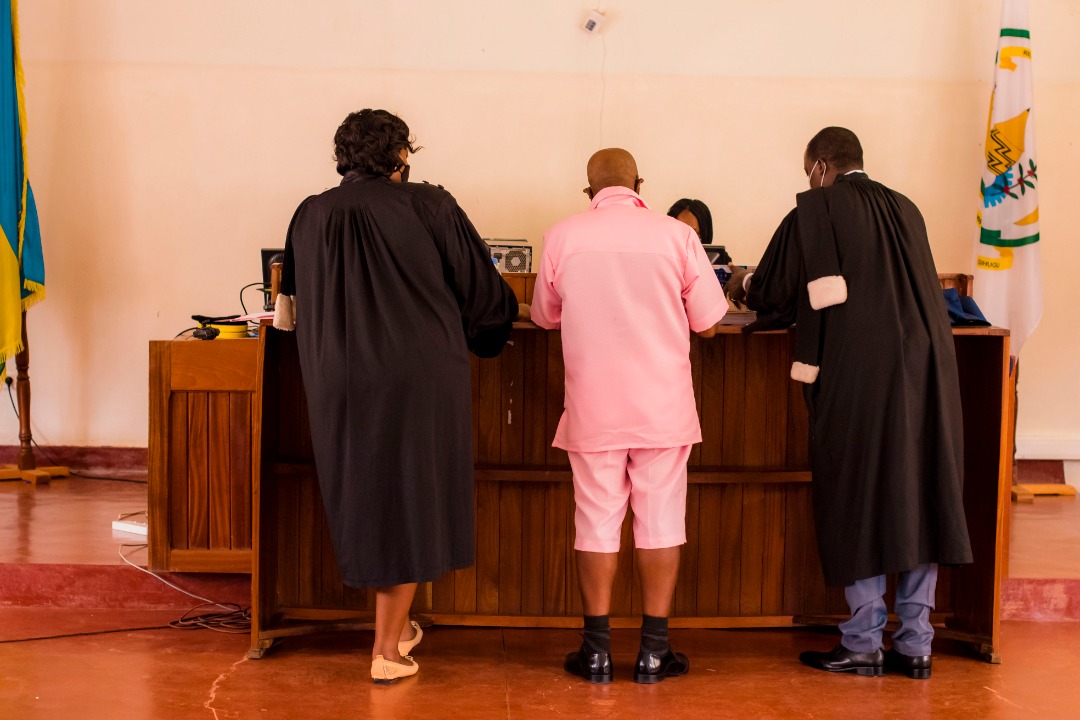 Paul Rusesabagina in the dock in a previous hearing.

Kicukiro Primary Court on Friday ruled in favour of keeping terror suspect Paul Rusesabagina in detention for another 30 days pending trial, to allow Prosecution to put together more evidence in the case against the ‘Hotel Rwanda’ protagonist.

Rusesabagina, 66, earlier this week appeared in the Kicukiro-based court in a hearing in which the National Public Prosecution (NPPA) was asking for more time to prepare the file as investigations into Rusesabagina’s subversive activities continue.

Rusesabagina, the founder of the Rwandan Movement for Democratic Change (MRCD), whose armed wing, National Liberation Forces (NLF), is accused of waging war on the Rwandan government, faces 13 terror-related charges.

The Kicukiro court, in absence of Rusesabagina, who followed the proceedings with his lawyers virtually, ruled in favour of the Prosecution request to continue detaining the defendant for another 30 days to allow Prosecutors more time to put the case together.

“Prosecutors gave reasons this court finds valid, as to why they needed more time to add more evidence to the file,” the Judge said, adding that among other things, Prosecution said it needed more time to interview survivors of the FLN attacks in the south western part of Rwanda.

Rusesabagina and his lawyers earlier this week argued that Prosecutors did not use well the first 30 days, which in a way violated Rusesabagina’s right to access justice.

The Judge said the Prosecution reasons were justified, given the magnitude of the case and the seriousness of charges which Rusesabagina faces, which require more time to put together.

The Judge further said that Prosecutors were able to account for the first 30 days, which rules out Rusesabagina and his Lawyers’ argument that they were put to waste.

“This court therefore finds that the reasons presented by Prosecution are justified and extends the defendant’s pre-trial detention by another 30 days, pending trial,” the Judge said, pointing out that this was vital for the substantive trial to start.

Court further dismissed Rusesabagina’s argument that he should be immediately released to seek medical treatment, the Judge pointing out that as it had been previously pronounced, the former hotelier can access medical care from detention. Prosecutors said that Rusesabagina has doctors at his disposal and can get the needed medicine even in detention.

On claims that Rusesabagina is not Rwandan, the court ruled that the defendant’s citizenship is not in dispute as he confirmed his profile and identity when it was read out to him in court while there is enough evidence to prove that Rusesabagina is a Rwandan and Belgian citizen. 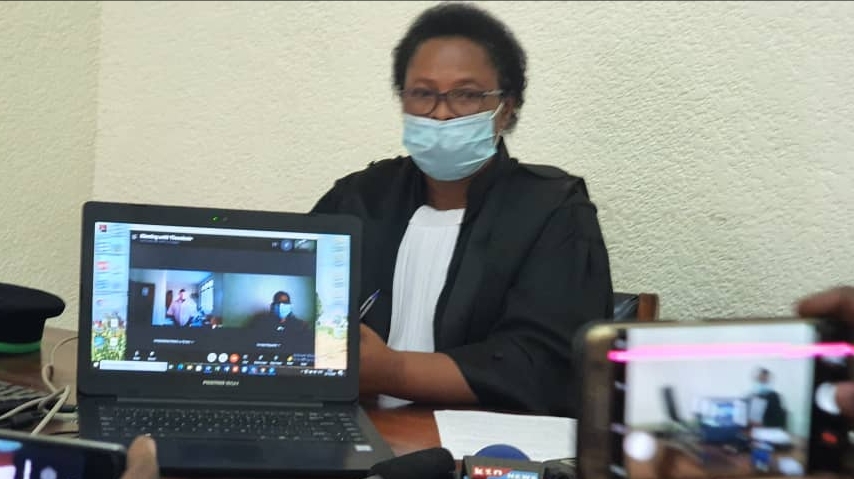 The Friday hearing was virtual.

The Kicukiro court said it would not change earlier rulings regarding his citizenship. Court previously ruled that Rusesabagina had never officially denounced his Rwandan citizenship.

The Prosecution contend that FLN, the armed wing of MRCD coalition led by Rusesabagina, committed terror-related crimes on Rwandan soil between in 2018 and 2019, killing at least 9 people, injuring many and kidnapping dozens more, including children.

While the crimes were being committed in the districts of Nyaruguru, Nyamagabe, Rusizi and Nyamasheke, Rusesabagina, through different media outlets, took responsibility of the attacks and officially declared war against the Rwandan government.

During the pre-trial hearing, Rusesabagina was pinned on financing the armed groups and he pointed out that he never thought that they would engage in acts that would claim the lives of innocent Rwandans. He also said that they wanted to attract the attention of the Rwandan government and the international community.

His substantive trial will be merged with that of Callixte Nsabimana and Herman Nsengimana, both former spokespersons of FLN and 16 others, currently undergoing trial in the country.