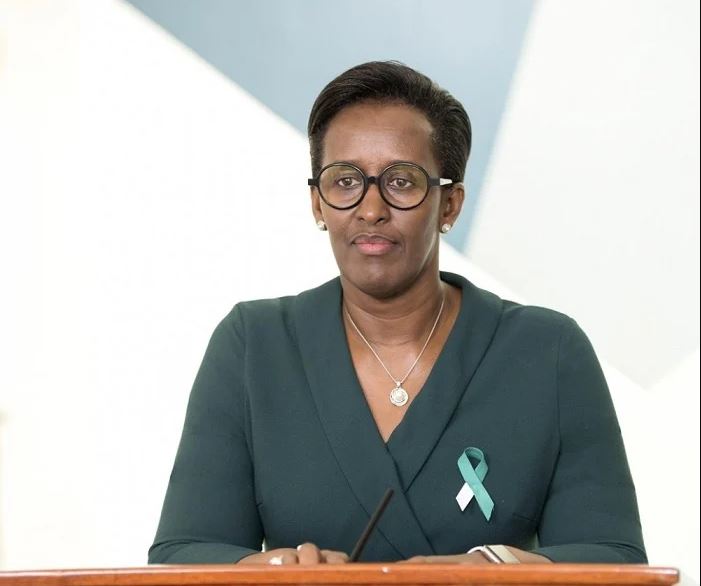 The First Lady Jeannette Kagame has indicated that the battle to eliminate cervical cancer should be a concern of everyone; men like women and vaccination should be administered to young boys just like young girls.

The First Lady on Tuesday, November 17 spoke at the Virtual Launch of the Global Strategy to Accelerate the Elimination of Cervical Cancer that was also attended by Tsepo Motsepe, First Lady of South Africa, Princess Dina Mired of Jordan, Dr Tedros Adhanom Ghebreyesus, Director-General of the WHO and his deputy Zsuzsanna Jakab among other dignitaries.

Mrs. Kagame first and foremost pointed at her concern that women in low and middle-income economies are still succumbing to cervical cancer while the world has all it takes to stop it.

It is a concern which WHO Director-General also mentioned two years ago, and not much has been done to reverse the trend so far.

In this regard, figures the First Lady shared speak by themselves.

“Up to 93% of cervical cancers are preventable, but today, cervical cancer is the second largest killer of women in low and middle-income countries after breast cancer. This is unacceptable when taking into account the available technology, policies and cost-effective measures for early diagnosis and treatment,” the First Lady said.

This happens at a time when the HPV vaccine, Gardasil 9, has proven to be highly effective if
administered before a girl or woman is exposed to the virus but, according to the First Lady, Rwanda is registering a success story since 2011 when the Human Papilloma Virus(HPV) vaccine was introduced in Rwanda. 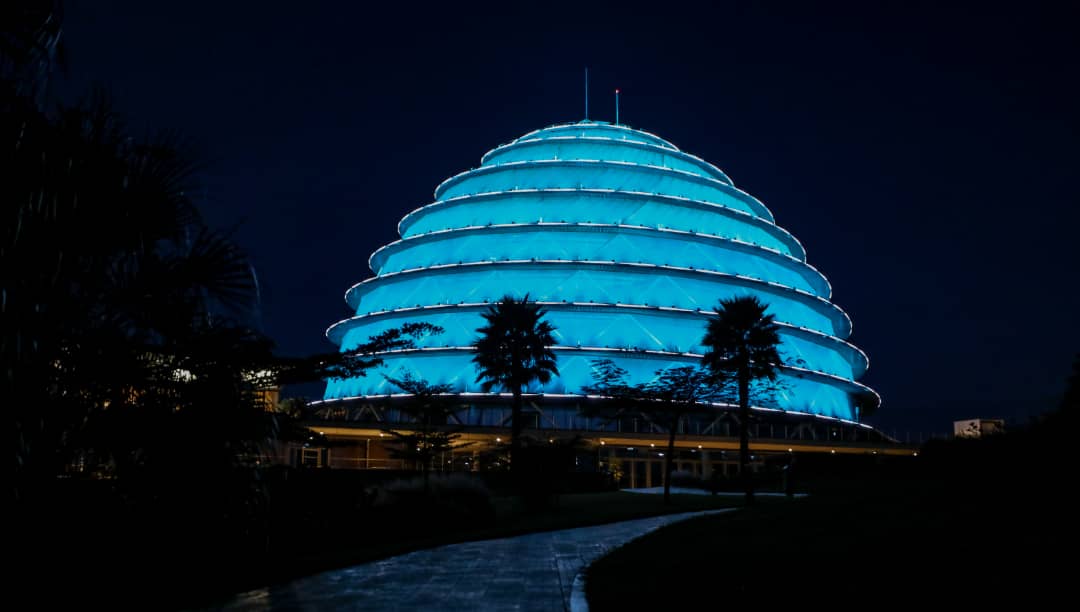 Tonight, the iconic Kigali Convention Center dome is lit in teal to highlight the urge to eliminate cervical cancer

She said the country implemented the WHO recommendations on screening, treating and vaccinating targetted population groups, and results were commendable, thanks to “the effort between leaders and community health workers at a national and grassroots level.”

“Today, the vaccine is included in the national immunization regimen for children,” the First Lady said.

Men Should Come on Board

The First Lady acknowledged the awareness campaigns that in most cases targetted women and girls, and the attention the media dedicated to this cause.

However, Mrs. Kagame said that there are still challenges ahead “that warrant our urgent attention: the critical role and responsibility of men in reducing the incidence of cervical cancer.”

The challenge lies in the fact that HPV is the most common viral infection transmitted
through sexual intercourse, yet HPV-related cancers are not as common in men as it is in women who are likely to develop cervical cancer. In this perspective, men tend to behave as if the cancer is a battle that women just, should fight.

“But to this day, there is limited knowledge of HPV among men, which comes with the risk of undermining the progress made so far. This is especially true of cultural settings where women are still striving for their full sexual and reproductive rights,” the First Lady said. 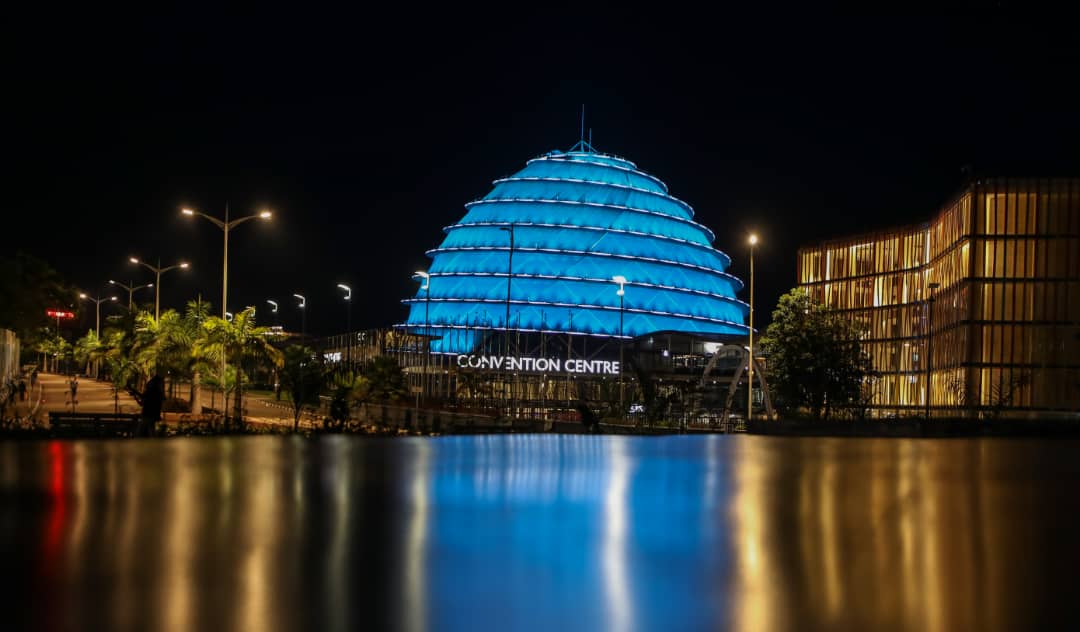 This brought her to a call to men to be active in the prevention of cervical cancer, first of all through understanding their role in protecting their female partners, the most victims.

This also comes with responsibility “to ensure that at a young age, boys — just like young girls —
are systematically vaccinated. Until then, the best prevention to protect women against this cancer will continue to be the use of condoms.”