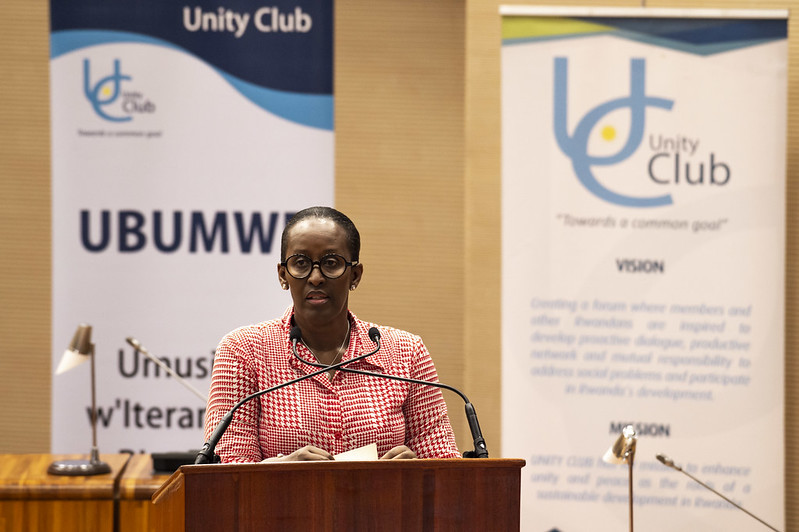 The First Lady Mrs Jeannette Kagame has called on members of the Unity Club to put the interests of Rwandans first and strive to be the difference the society needs by being the torchbearers of unity and the development of the country.

The First Lady, who is also the Chairperson of the club which brings together former and current members of the cabinet and their spouses, made the call on Friday, while addressing the one-day retreat at Parliament, which was aimed at setting new goals and ambitions for the club whose core mission is to promote unity and reconciliation among Rwandans.

Mrs Kagame welcomed 23 new Members of the club, who include 12 new members of the cabinet and their spouses, pointing out that inducting new members emphasises the importance of the club and serves as a reminder of the uniqueness and mission of the organisation, urging them to be bearers of light.

“Accepting them today, makes us all reminisce about our uniqueness first and foremost. We started our family as a group of women, united by the fact that our spouses were members of cabinet or heads of different institutions of government,” Mrs Kagame said. 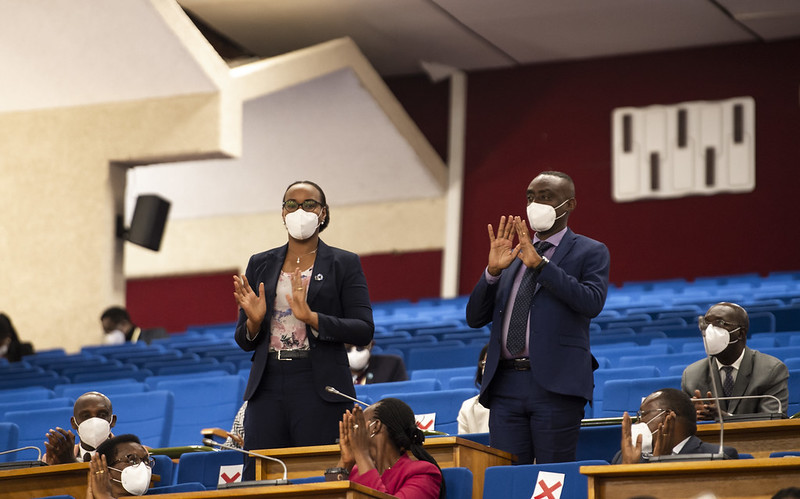 She pointed out that Unity Club was founded at the time when the country was going through a difficult phase, characterised by anger, divisions, prejudice and mistrust as it grappled with the devastating effects of the 1994 Genocide against the Tutsi. 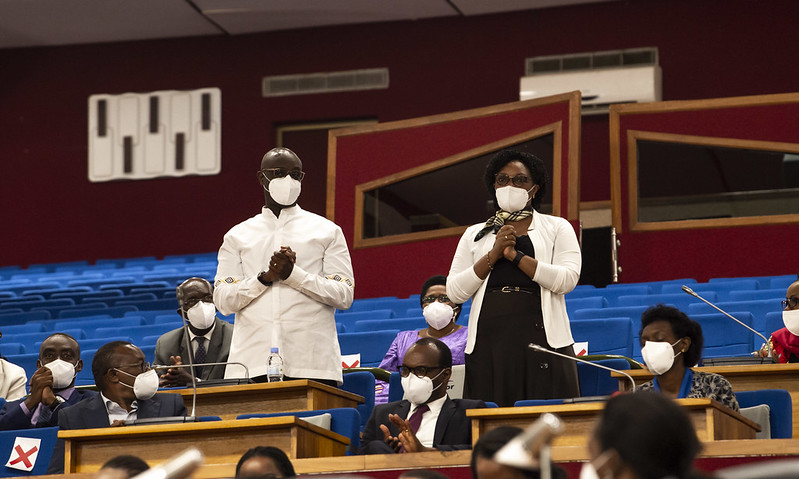 The First Lady said that had things remained as they were at the time, 24 years ago when Unity Club was founded, the country wouldn’t be where it is today.

“Our aim was to foster unity, especially since we had already seen that, when divisions and hate are given the front seat, the consequences are serious and long term,” Mrs Kagame said, adding that the principle of Unity Club is that once you are a member, you are always a member, whether you are still in government or not.

“Our responsibility as torchbearers and as leaders in particular, we are committed to prioritizing Rwanda as a country, Rwandans as an identity and our unity as a people, which is what connects us,”

“We are determined to be the Light! Light brings us out of darkness, for where darkness is, there is much destruction,” she said. 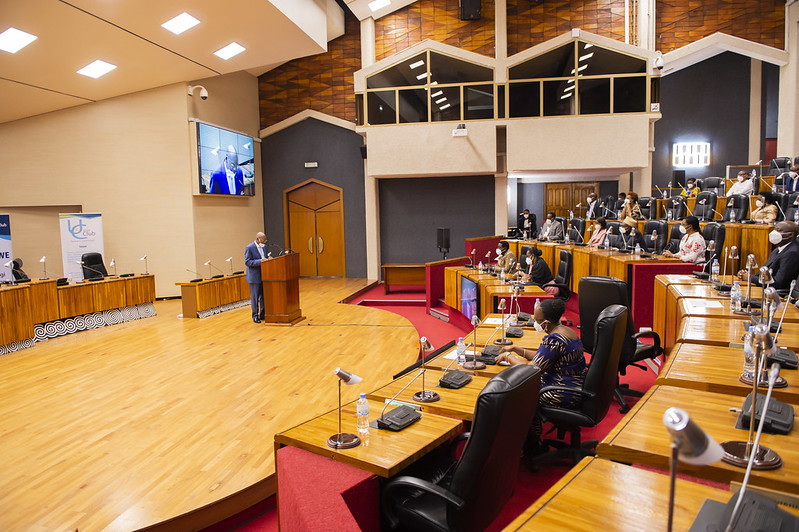 She reminded the members of the club that the idea of coming together was to join efforts to support the government in the difficult journey of rebuilding a country, pointing out that when people join hands, they can overcome any challenge.

In the era of internet, Mrs Kagame said that Rwandan continues to have many detractors who use the internet and social media platforms to tarnish the image of the country and the progress it has made so far, urging members to use the same platforms to challenge the negative propaganda aimed at setting the country back to its dark past.

“We must never tolerate ideas whose aim to destroy Rwanda, and what we have already achieved. A Unity Club member should prioritize Rwandans and work for the betterment of our citizens, the community, and the nation as a whole,” adding that they must ensure that no one’s rights are violated.

“We continue to find users of technology who distort our history and want to destroy our unity. As members of Unity Club, we should as well use this technology to counter this misinformation since we know the truth and we have seen the results of our efforts speaking for themselves,” 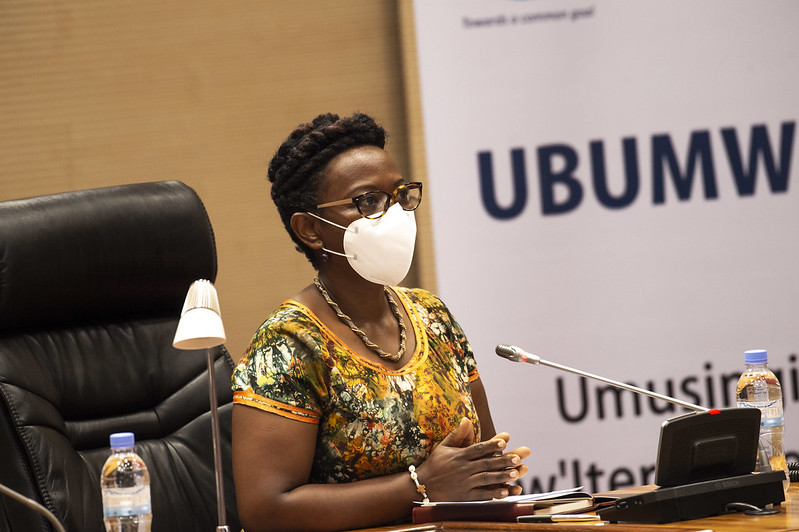 The First Lady emphasised the importance of a united country, which she said is the bridge that will allow the country and the people to transition from its past characterised by divisions and ethnicity.

Reflecting on the recommendations of the 13th Forum, which took noted of the challenges facing unity and reconciliation, the First Lady called on members to continue efforts to foster the same, something she said is a calling to Unity Club members. 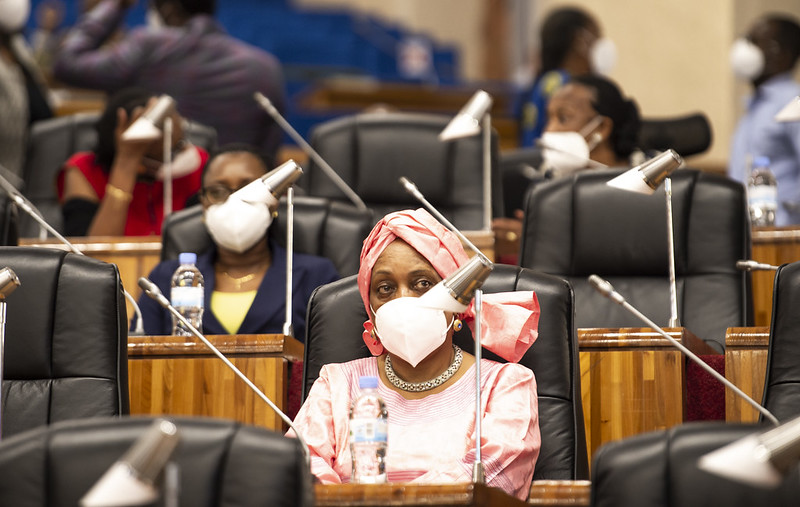 Among other challenges, Mrs Kagame said that the National Unity and Reconciliation Commission (NURC) highlighted challenges which remain an obstacle to unity and reconciliation, including denying the Rwandan identity, discrimination, harassing genocide survivors, distorting the country’s history, hiding and destroying evidence. 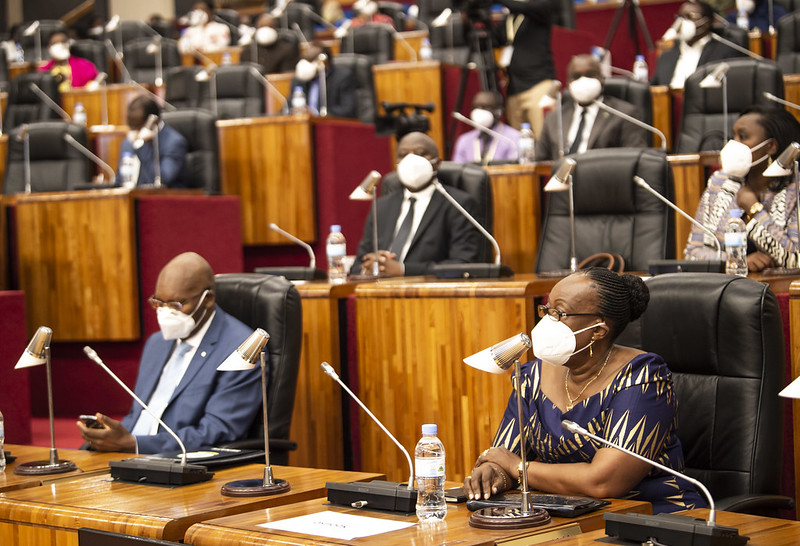 She urged members of the club to be at the forefront of fighting those vices and be the bearers of light which illuminates the world, emphasising the need to continue spreading the good message, which she said is a vaccine that strengthens the oneness of Rwandans.

During the retreat, members of Unity Club took stock of the progress made, challenges and the future of the organisation as well as solutions to challenges facing the Rwandan society today. 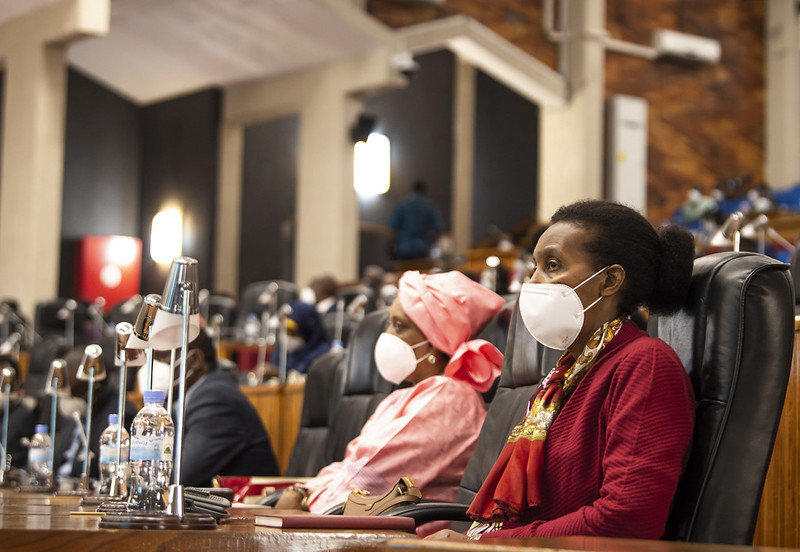 In his closing remarks, the President of the Senate, Dr Augustin Iyamuremye, one of the longest serving members of Unity Club, thanked the First Lady for being the idea to establish Unity Club 24 years ago, at the time when the country was going through difficult times.

Dr. Iyamuremye said urged members not allow other people to speak for on their behalf as if they cannot speak for themselves, point out that he is regularly attacked by detractors and negative groups for his position but it does not deter him from stating what he knows.

“I speak of what I know, what I have experienced, what I have lived. President Kagame and the First Lady have been at the forefront of keeping us united as leaders. We have come a long way. We started from a very low base, putting unity above everything else.

“Today we can proudly look back and say we have overcome the most difficult times as a country and are on the right track,” he said adding that Rwandans know what they want and cannot be distracted.

He urged leaders to work to the expectations of Rwandans, pointing out that a leader is expected to work hard, deliver beyond expectations, serve selflessly and accept to be criticized and corrected where it is necessary, all in the interest of citizens and country. 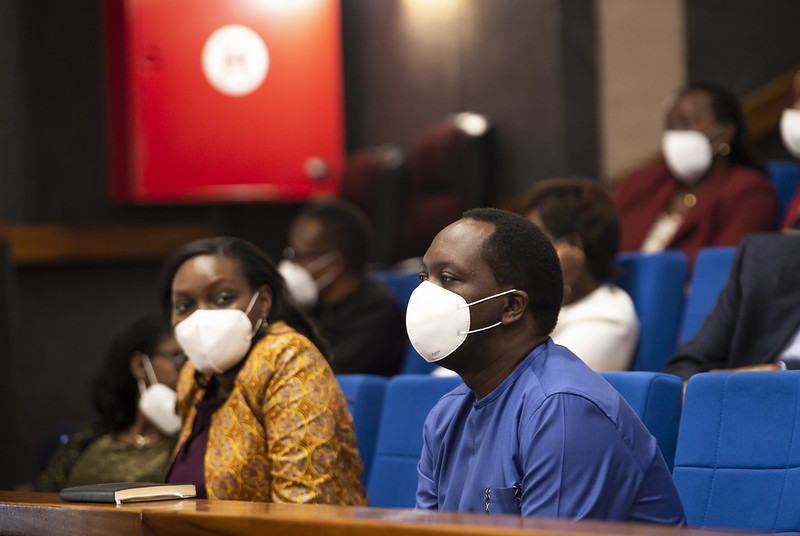 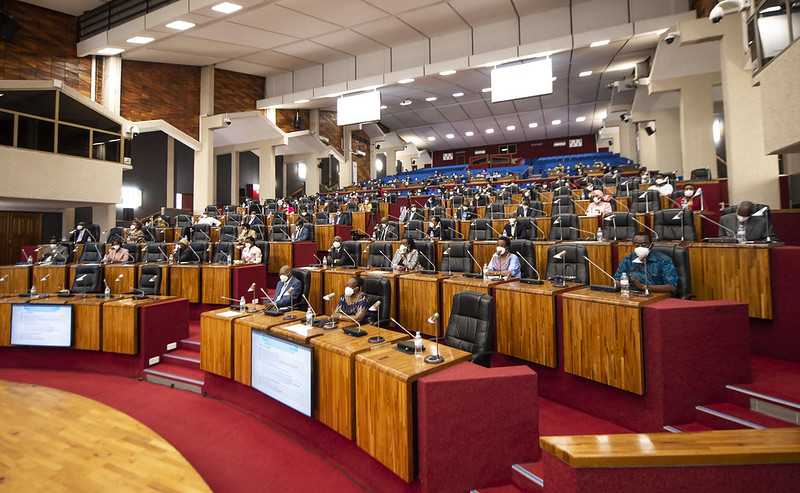 It Is To Be President Biden, BAR Official Declaration