The singer shared the news of her engagement on Saturday, first sharing a ring on her finger and flowers before sharing a photo of the engagement.

“The ‘King’ asked me to be the Queen of his Kingdom. On what basis could I reject his request?” Karasira posted on Twitter and Instagram before sharing another photo with a different caption.

“This is the one God created for me. A King I adore for his heroism, a warrior who stays true to the cause, a patriot who loves and works for his country, the one I love more than anyone else in life. I love you King Dejoie,” Karasira posted, adding a heart to the tweet.

Ifashabayo, is currently the CEO of Clarisse Karasira Ltd, a company that represents the singer’s interests. He has been recently seen in photos with Karasira at different events.

According to his LinkedIn page, he is also the CEO of Anidaso Leadership Academy, an institution which describes itself as a “breeding ground for transformational leaders and passionate youths in Rwanda who are ethical and audacious enough to sacrifice their comfort zone in the benefits of the next generation.” 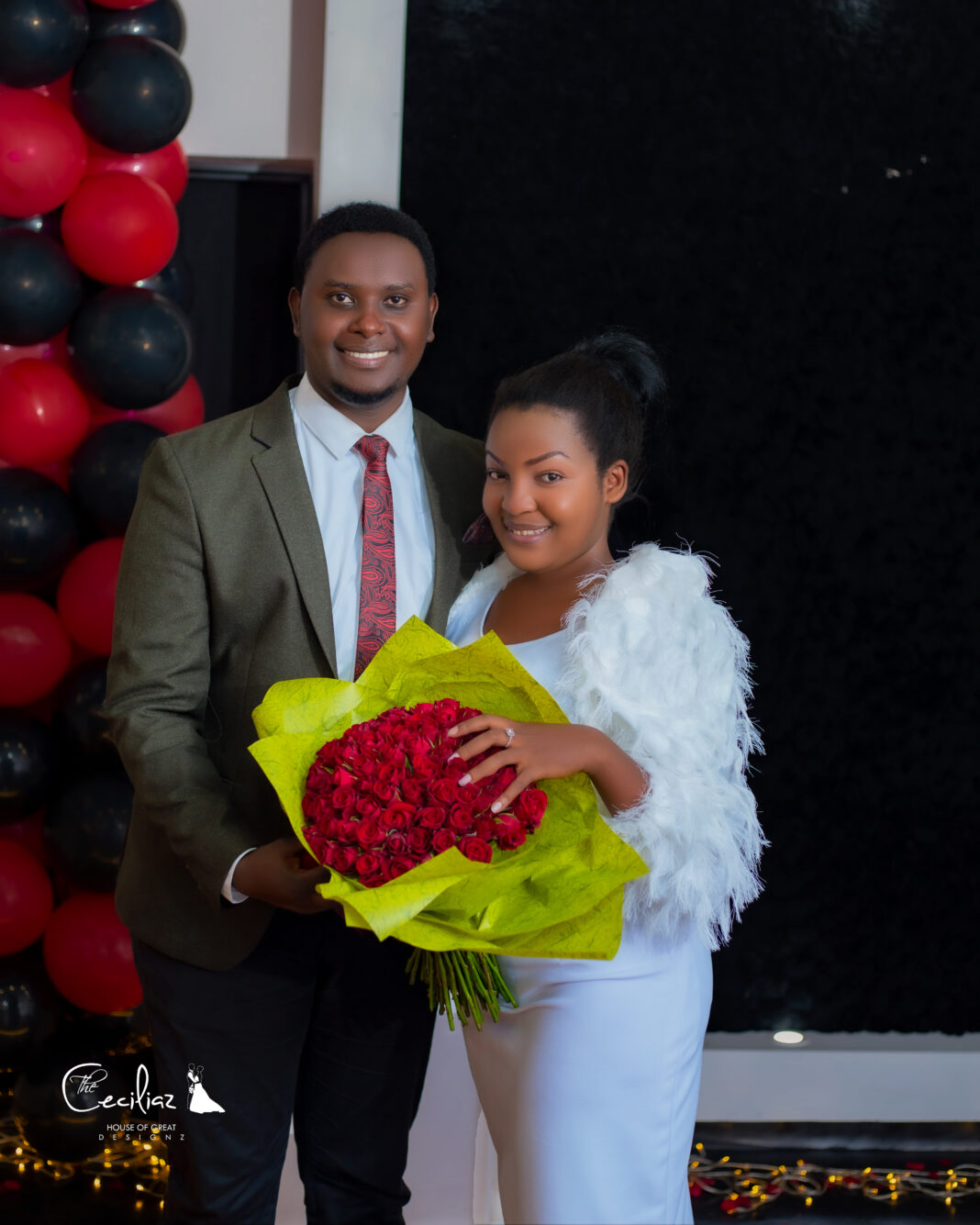 He has also been a proactive member of the Rwanda Diaspora in Ghana and the U.S where he studied and has also been behind other initiatives like Umurage Nyawo Concert to promote peace through culture and music.

He was behind the concert to commemorate legendary singer Annonciata Kamaliza and Minani Rwema.

He was also a Dalai Lama Fellow at Ashesi University in Ghana and was also a Mastercard Foundation scholar. Unconfirmed reports indicate that he works for one of the local banks but it is not on his LinkedIn page.

Karasira is known for her traditional Kinyarwanda style of music and has been touted by the likes of Cecile Kayirebwa as the next big thing.