Home NewsNational How Will Fr. Ubald Rugirangoga be Remembered?
National

How Will Fr. Ubald Rugirangoga be Remembered? 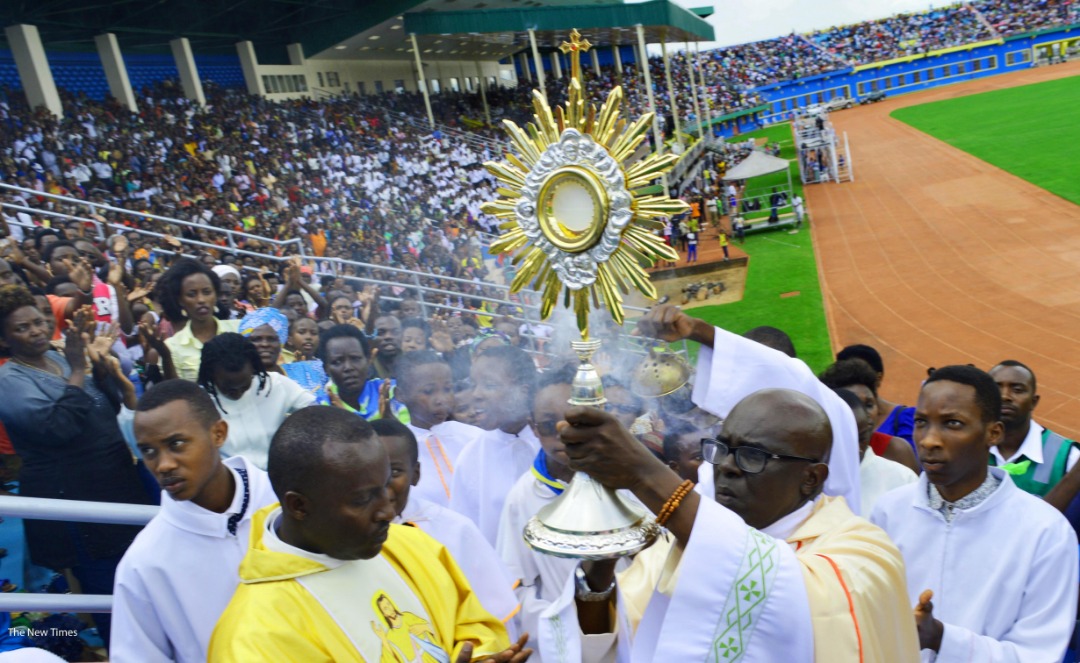 Fr. Ubald Rugirangoga was feted for his miraculous work by many congregants who believed in him. He filled stadiums wherever he went.

Rwandans were on Friday afternoon hit by shocking news following the death of Fr Ubald Rugirangoga- a prominent catholic priest who will be remembered for two things- diligently serving the church and preaching reconciliation through performing acts of spiritual healing which most say were miraculous events.

The 66-year-old charismatic clergyman was known for holding prayer services for the sick, events which were held every once a month in most of catholic parishes across Rwanda. At his passing, he had been battling complications related to COVID-19 in a hospital in Utah, U.S.

The renowned priest leaves behind a mixed legacy. Many Christians testified to his miraculous acts which would reportedly happen at the moment he consecrated the Holy Eucharist -a time when an ordained priest raises the bread and wine (Holy Communion) in commemoration of Jesus’ Last Supper with his disciples), and passed it around congregated believers.

Even abroad where he lived, he was a celebrated priest who had such power on his congregants that when he was pronounced sick of COVID-19 in October, many who believed in his work were worried and heartbroken.

However, others refrained from sharing any miraculous experiences but still the Clergyman was held in high regard by people across all religions.

In one of the interviews with KT Press in 2016, Fr. Ubald, as he was commonly known, explained that: “The powers that people see are not mine, they are for Jesus, it is not me it is Christ through me because all I do is to pray and then Jesus performs his miracles,”

Fr. Ubald said then he started praying for people in 1987 but wouldn’t know who had been healed or not. People would come back after one, two, three weeks to tell him that they got healed.

“Whether you’re a sinner or believer in any other religion, Jesus heals you as long as you have faith,” statements that Fr. Rugirangoga always said with a wide and infectious smile on his face, which became one of Ubald’s signature images in mainstream media publications.

Despite controversies on miracles in his healing services, the priest went ahead to establish the Center of Secret Peace- is a spiritual center in Rusizi district that provides healing and forgiveness opportunities that makes people free.

Before his death, this January 8, Ubald who was on oxygen in intensive care in a US hospital, used his Facebook page on January 2nd 2021 to send some of his last words to send his greetings for a happy new year and continue to pray for peace for his followers. 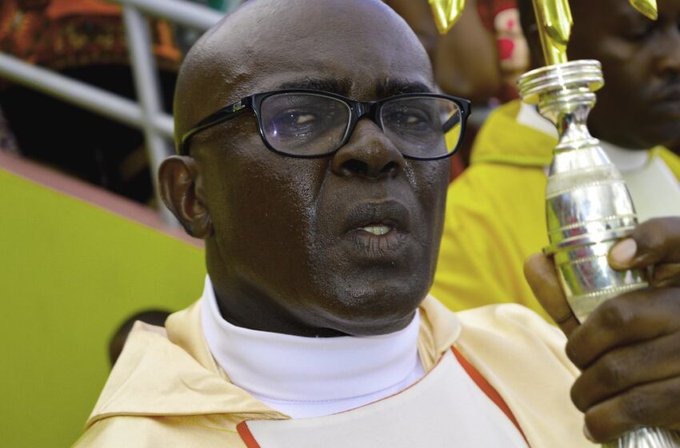 One of the people who will remember Fr Ubald is Rwanda’s first ever appointed Cardinal Antione Kambanda who said the legacy of his fellow priest will always be remembered.

“He (Rev. Fr. Ubald) has left a great legacy of healing the hearts assisting people to reconcile with God, reconcile with their own history and reconcile with the others…He contributed a lot in the Reconstruction of Rwanda society. Let us maintain his heritage,” Cardinal Kambanda said on Twitter.

In 2015, Fr. Ubald Rugirangoga was awarded the medal dedicated to Protectors of friendship pact (Aabarinzi b’Igihango) for his work in Mushaka parish in Cyangugu diocese, sharing his gift of spiritual and emotional healing to contribute to the process of unity and reconciliation.

The Unity Club Rwanda- an association of current and former cabinet ministers and their spouses engaged in promoting national unity and reconciliation also expressed its deepest sorrow over the death of Fr. Rugirangoga.

“Rwandans should carry on Fr. Ubald’s efforts in rebuilding the pact of unity in Rwanda, which he initiated whole heartedly from Mushaka parish in Cyangugu diocese which will never be forgotten in the country’s history,” NURC said as its Executive Secretary Fidèle Ndayisaba also wished the clergyman to rest in peace.

Rwandans including fellow religious within and outside the country poured their deepest condolences to friends and family of Fr.Ubald and wished him to rest in eternal peace after this long life journey of peace building.

One, Esther Milenge posted a tweet testimony to what Ubald was to many as a priest and a man of peace.

“Some close members of my family knew and greatly appreciated him. He prayed for the sick and was a champion of forgiveness, unity and reconciliation. May The Almighty Have mercy on him, and take him to heaven,” Milenge said. 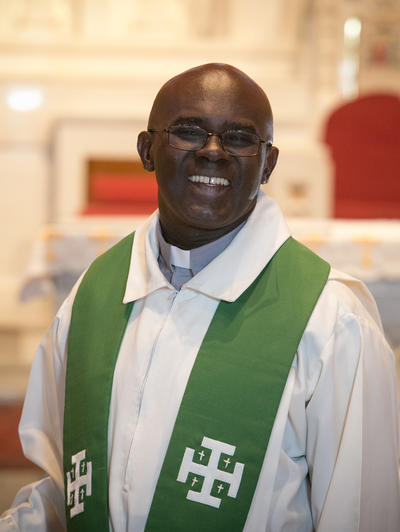 The First Lady Mrs Jeannette Kagame and Cardinal Antoine Kambanda are among those who have eulogized the deceased Priest.

Jules Rutalihire said: “Father Ubald contributed massively in the country’s healing and reconciliation journey, and prayed for the sick!! He helped many people spiritually!! May he rest in eternal peace”.

While Zake Stone Kayiira said the Fr. Ubald will be remembered as a man who was not driven by amassing earthly things and pleasures to be a millionaire or billionaire even when his gift of healing would have earned him a private jet.

“But he chose to live a life of poverty, to be an example to others. May he rest in peace,” Kayiira said on Twitter.

Even when Fr. Ubald had an almost celebrity following of Rwandan Christians especially Catholics who flocked in thousands to attend his healing services in stadiums, he was seen as an extra ordinary priest among his followers who say they were touched by his commitment to serve.

“He (Ubald) was a very committed priest who conducted healing services and strived for unity and reconciliation in and outside the country,” said Bishop Phillipe Rukamba of Butare diocese and Rwanda Catholic Church Spokesman.

However, 74-year-old Bishop Smaragde Mbonyintege of Kabgayi diocese, couldn’t comprehend how a young talented clergyman like Fr. Ubald could pass on while the community still needed his contribution to nation building.

“Death is received with pain, but to see such a young priest die so early in life is a challenging moment to us,” Mbonyintege told local media on Friday.

Officials at Ubald’s Center of Secret Peace said this: “We praise your name, O Jesus, you gave us Fr. Ubald Rugirangoga who served You as Witness of your Love and Mercy. Grant Him Eternal life, may he praise you unceasingly together with your angels and saints. Amen”.

From his works of peace, one of the quotes that Fr. Ubald will be remembered for reads: “Forgiveness Makes You Free”

While most of the social media focused on his attributes and religious legacy, the passing away of Fr. Ubald left some wondering how the year 2021 will look like at a time when it has continued to claim more lives due to Covid-19 related deaths and increased infections. 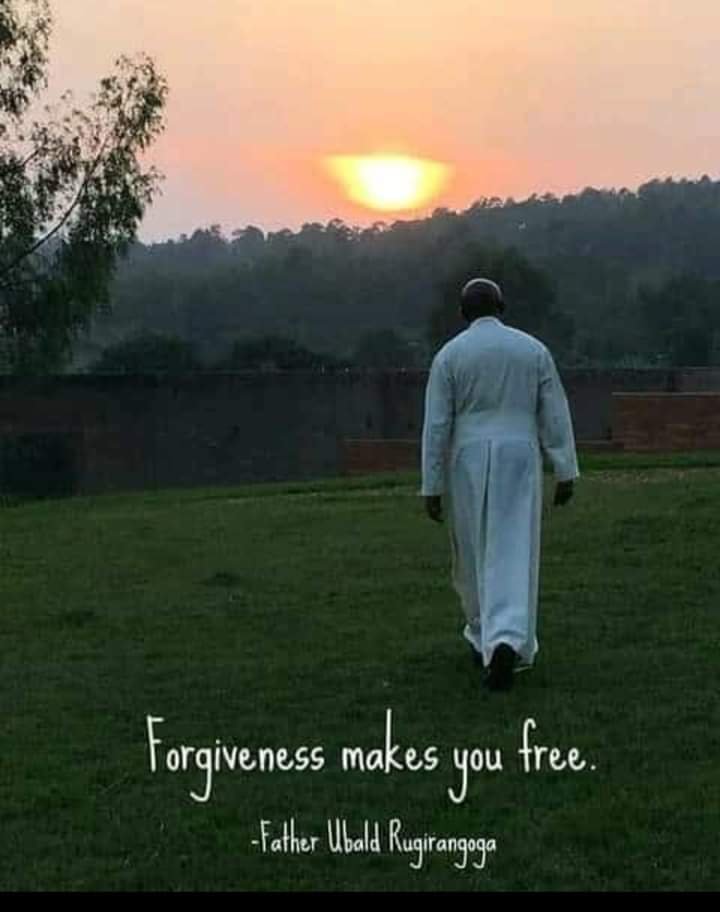