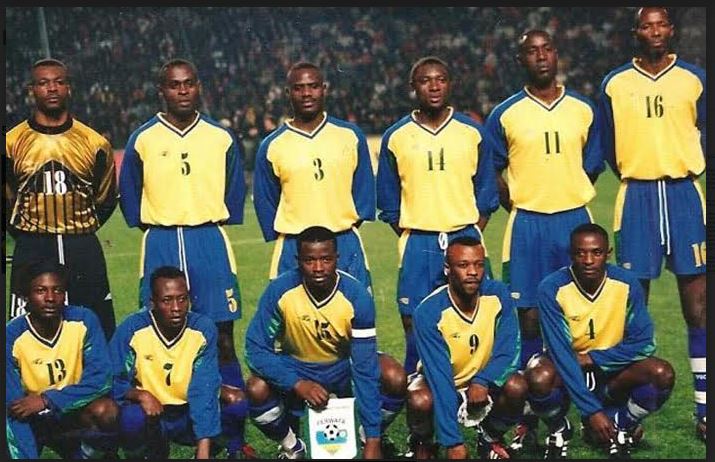 Former national team players announced on Tuesday that they have created an association designed to contribute to the development of Rwandan football.

In an open letter to the Ministry for Sport (Minisports) and the Rwandan Football Governing Body (Ferwafa), the Former Amavubi Players’ Association (FAPA) indicates that it wants to be part of Rwanda’s football development process.

“We, Amavubi Former Players and passionate supporters of Rwandan football are committed to contributing to the development efforts of football in our nation. So we appeal to the bodies responsible for football – Minisports and Ferwafa – to organize and create space for a discussion, debate and a practical plan.”

In their letter, they recommend key actions that need to be taken for the “sustainable development of Rwandan football.”

Recommendations include increased investment in infrastructures, a focus on grassroots football, and regular inter-school competitions at local and national levels.

They also want to restructure and professionalize football management at all levels, “by integrating former players and other qualified individuals.

The letter which was signed by 18  members stated: “By creating space for a detailed discussion, debate and innovation, there is no doubt that football in Rwanda will be able to advocate further, impact more lives and build greater unity and hope. “

Murangwa Eugene, one of the members, told KT Radio that the association, which is yet to be formally registered, is made up of more than 100 members.

“The association started three months ago and its creation was driven by our desire to play our part in the development of the Rwandan football, using our experience and expertise. Any former players who would like to join the association are welcome,” said Murangwa. 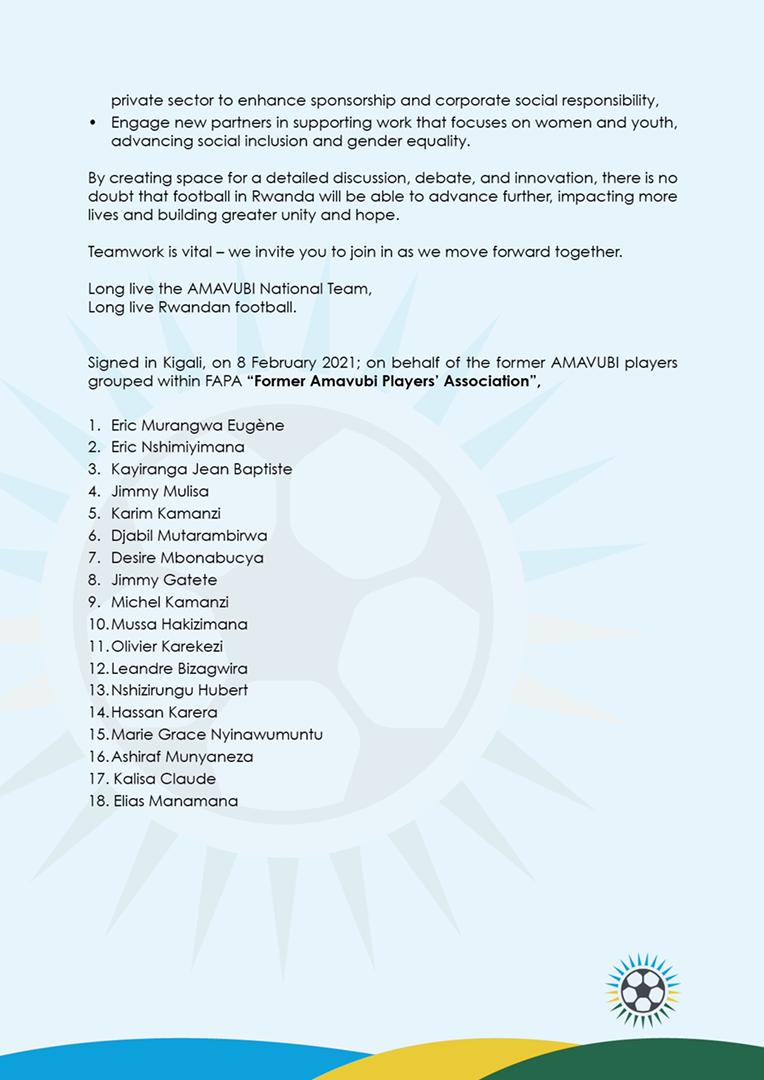 Rwandan Business Community Speaks Out Ahead of KPA Awards