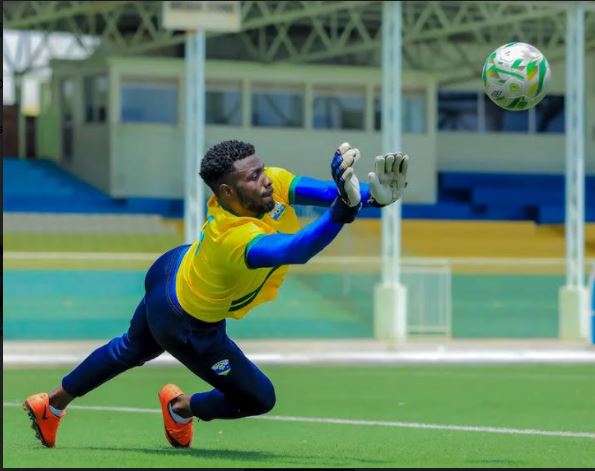 Olivier was sent off in the 52th minute for a late tackle on Yakhouba Barry during the CHAN quarter-final game against Guinea in January.

Olivier Kwizera who started the last four games for Amavubi, has been training with the national squad ahead of today’s game.

But with both competitions sanctioned by the African Football confederation, it means the keeper is ruled out of today’s Afcon fixture for red card at CHAN.

With Kwizera ruled out of today’s game against Mozambique, coash Vincent Mashami might opt to start Emery Mvuyekure between the sticks.

Mashami’s side face the Mambas today at 15:00 at Nyamirambo Stadium.

They will then travel to Douala to face Cameroon in their Group F final game, on March 30.Amavubi Stars were placed in Group F alongside host Cameroon, Mozambique and Cape-Verde and are yet to win a single game after defeats to Cameroon and Mozambique and draws against Cape Verde.