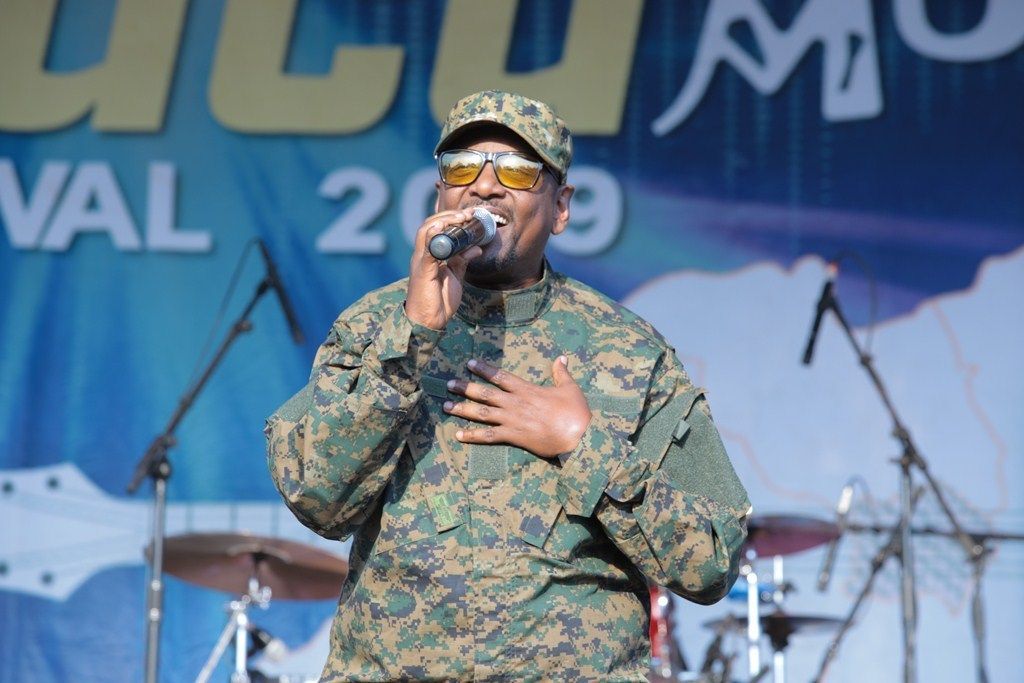 Celebrated music veteran Masamba Intore reveals that he is in final stage of completing the new album which will be composed only by his late father’s songs.

The late iconic traditional artist Athanase Sentore left behind more than 100 unreleased songs in the studio and his son Masamba embarked on the project of putting them on one album to keep his father’s legacy.

He disclosed the information while premiering his latest song dubbed ‘Inzira y’Ubumwe’, he claims to have penned down back in 1993 during the liberation struggle.

“I am working hard to finalize a new album composed of songs left behind by my late father, despite the hard situation facing the industry but I am thinking of launching the album between July and August,” says Masamba.

According to Rwagihuta hit maker, the new album is composed of 12 songs and almost 60 percent of the job is done.

The ex-soldier turned artist had spent years without releasing a new song but focusing on performances and his job at Ministry of Youth and Culture of training Rwandan Cultural Troupe.

Late Sentore’s music composed while he was still a refugee like Mushisha, Dukumbuye u Rwanda, Ndabakunda Ibihangange and many more will be given too much priority.

After the album is done and ready to be launched, Masamba plans to stage a massive tribute concert to honor his father’s music legacy.

Athanase Sentore passed away in 2012. He was renowned as a genius music composer, musician and pioneer in teaching Rwandans in Diaspora traditional Kinyarwanda dance.

Masamba is a well-established traditional artist who has promoted Rwandan culture on global scene.

Through his music career, Masamba has scooped multiple awards including one from South Africa.

Born in Bujumbura, Burundi, Masamba developed a keen ear for cultural music and rhythm at a tender age.