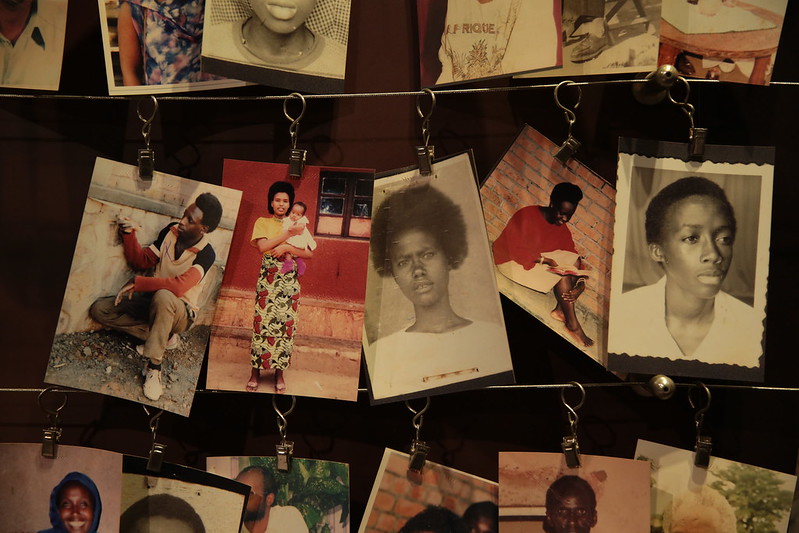 Genocide deniers intend to re-write history in order to demonize victims and rehabilitate the perpetrators. In their effort to rehabilitate perpetrators deny that the Genocide actually happened, question and minimize the statistics; they try to destroy evidence like documentation and testimonies.

During the Genocide perpetrated against Tutsi many of those who were killed were thrown into rivers, bodies and any other artifact. Archive were burnt, bodies were thrown in pits and in some cases houses and sports terrains were built on top of the bodies. 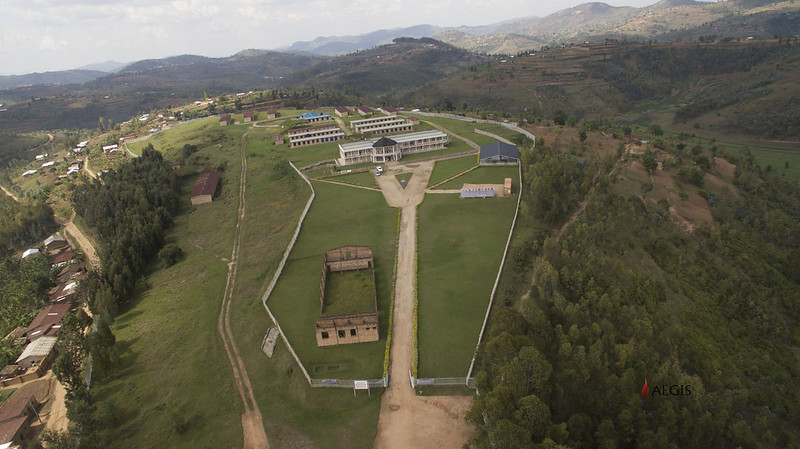 In Murambi, the current Nyamagabe district, French contingents built a volleyball pitch on mass graves of the Tutsi who were massacred at this technical school

In some areas, witnesses were either threatened or encouraged to keep quiet not only about what they witnessed but also where bodies were thrown. By keeping the information about Genocide a secret, one is indirectly saying that they never existed and hence were not killed.

Deniers will never tolerate whoever wants to tell the truth. Survivors and witnesses who would wish to share what they endured become their targets. In the immediate aftermath of the Genocide perpetrated against Tutsi, they were physically attacked, insulted or became subjects for ridicule.

Furthermore, to justify or minimize the genocide, deniers will also deny the intent. In the case of Rwanda the justification that went around was the plane clash where victims were blamed to be responsible and hence caused an out of control forces of an “angry” population. Following the same logic, deniers claim that they also suffered a lot, they claim self-defense, they say that victims were accomplices (ibyitso) and call the genocide different names like civil war (gusubiranamo kw’amoko).

Deniers move from saying that genocide never occurred and when they realize they are losing stand due to overwhelming evidence like testimonies and field research work, they migrate to interpretative denial. It is about distracting people attention by tabling other crimes committed during the same time. The purpose is to dilute the severity of Genocide and if possible, give it a different name or an expiatory context. At this level, deniers want the world to believe that the genocide was not a genocide but rather some kind of tribal violence, self-defense or civil war (gusubiranamo kw’amoko).

Still in the case of Rwanda, deniers want to show that genocide was not planned, that it rather came as a retaliation where perpetrators had no other choice but to defend themselves against invading Tutsi. To an extent, the denier argues that the victim is responsible for his own misfortune, the Genocide. Here, the victim becomes his own killer while perpetrators and their allies are made clean, they want to sustain a positive self-image.The third form of denial admits that the genocide took place BUT deniers introduce a new thesis, double-genocide. Speeches that preceded the Genocide claimed that Tutsi were planning to exterminate Hutus. To respond to this baseless theory, militia groups like Interahamwe were created. These militia groups together with the population, now turned into killing machines will later commit the Genocide perpetrated against Tutsi.

But who are they and which banner do they hide behind?

The driving forces behind deniers are perpetrators – the genocide fugitives themselves. These are people who know deep inside that they committed the unspeakable and would wish to clear their names. They are aware that, the crime they committed will weigh on their conscience for as long as they live. Some of them managed to hide their true identity as perpetrators and are enjoying asylum under different names or their own names. Perpetrators use money and take advantage of former ties that the genocidal regime had with specific countries or specific people.

Deniers under the freedom of speech banner

Among deniers we also find people who are related to perpetrators (family and friends) and refer to themselves as “innocents” because they were either young in 1994 or were not directly involved in Genocide. Under this category we find (i) perpetrators’ family members (ii) those who adhered to the deniers cause but are not family members and (iii) former politicians who were never associated with genocide but are now apologists or sympathizers of genocide perpetrators. They are deploying efforts, and work with researchers who are themselves deniers to say that there was another Genocide in Rwanda besides the Genocide perpetrated against Tutsi.

To disguise their denialist agenda, they refer to themselves as human right activists, freedom fighters, political analysts, etc. The so called “innocents” use different techniques to distort the truth that they know so well. When engaging in discussions, they usually go for slanted and sneaky questions like “Do you actually mean ALL Hutus are killers?” They are very much aware that no one thinks that ALL Hutus are killers but they want to mislead the conversation, create confusion among people and hopefully look like people who are more considerate.

Indeed, some people survived the Genocide perpetrated against Tutsi because of Hutu who made a deliberate choice to be “justes/righteous”. They are counted among protectors of friendship pact (Abarinzi b’Igihango), some died while trying to save lives, some were killed because they did not adhere to the genocidal ideology, etc.

Other questions or statement that one hears from them is “you seem to think that if the genocide perpetrated against Hutu is recognized it would change the bitter reality that there was a Genocide against Tutsi”. While asking this question, they are hoping for an “of course not” kind of answer which will give them room to conclude that there was a “draw”. This category of deniers hides particularly under the freedom of speech banner.

Deniers under the fight for sustainable peace, human rights and true reconciliation banner

There is another category of politicians who committed different offences and failed to fit in the current political dynamics. Their egoistic expectations could not be accommodated by the RPF policy and practices of accountability. Under this category, we note some genocide survivors who became friends of deniers and were not able to detect the deniers’ subtle approach. The latter claim to engage in a fight for sustainable peace, human rights and true reconciliation.

This kind of fight sounds very attractive to anyone who does not bother to analyze what may be between the lines and the denier’s vested interest. The first group under this category, once out of the country, they are warmly welcomed by the community of deniers. Having nothing to lose with unattained political ambitions, these so-called politicians see deniers as possible allies.

Genocide survivors, under this category, are usually paraded by deniers to gain recognition because, they wrongly believe, that no one would imagine that a survivor can be a genocide denier. These survivors are given the front seat in deniers’ events and will always introduce themselves as “Genocide Survivors”. To earn this category of people, deniers create a common cause which is used to cloth their evil ambitions: to reshape history in order to rehabilitate the perpetrators and demonize the victims. 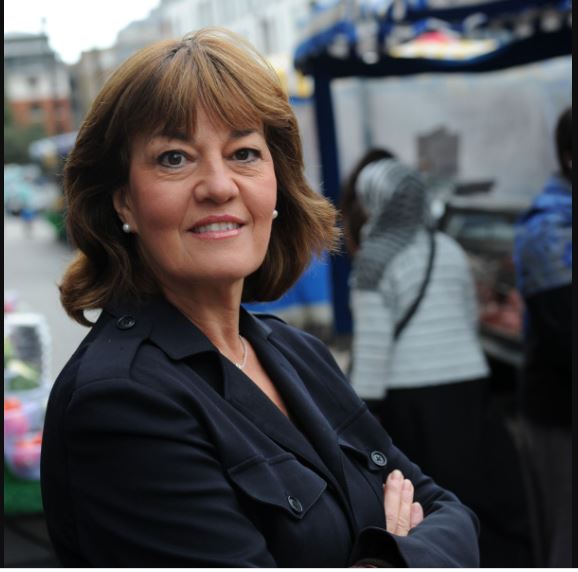 Some unethical intellectuals (academicians, authors), researchers and journalists started the journey as deniers as soon as the killings were stopped by RPF. Like other deniers, their aim is to criminalize the victim or the liberator and to cleanse the killer. In their book “The politics of Genocide”, Herman and Peterson called RPF the “prime génocidaires”, while the Interahamwe were “the RPF’s actual victims.” The same language will be repeated by Judy Rever in her infamous book “In praise of blood” and echoed & narrated by a certain Jane Corbin, Rwanda’s untold story. This group of people have a lot in common. All of them intended to rehabilitate the image of the killer, they push for a double genocide thesis, question the number of people who were killed during the genocide perpetrated against Tutsi, say that the Genocide was not planned and blame the RPF for Genocide. 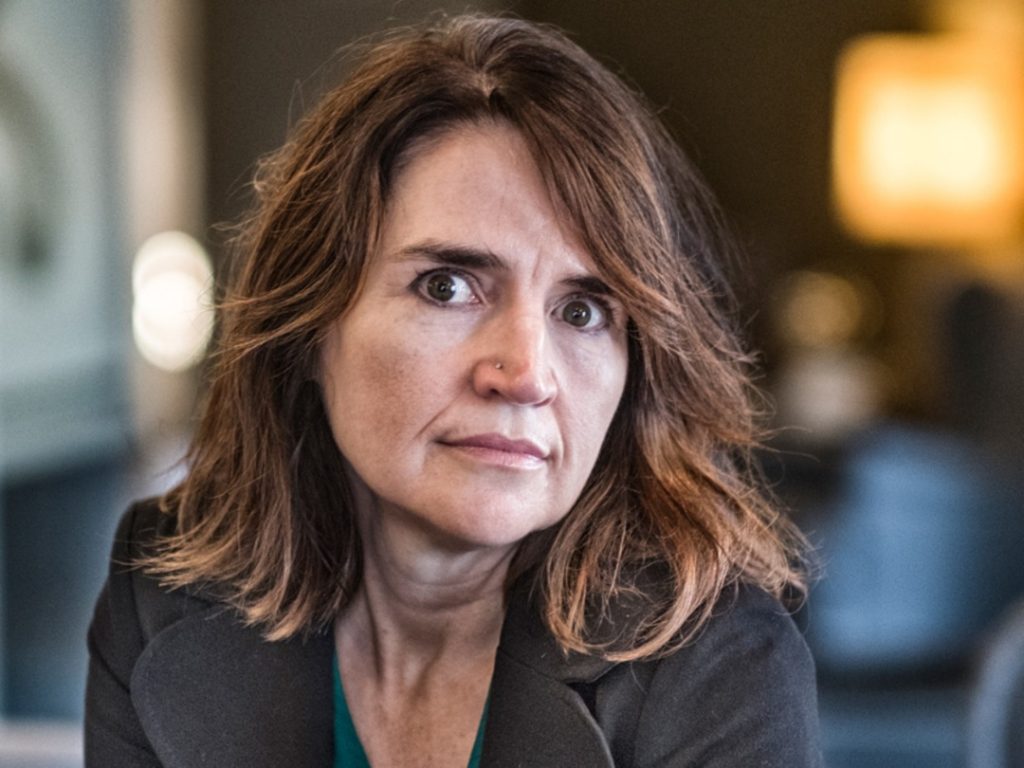 As this is being discussed, we need to remember that during the 77th plenary meeting of the UN General Assembly, April 7 was designated as the International Day of Reflection on the 1994 Genocide against the Tutsi in Rwanda.

The General Assembly corrected the name of 1994 Genocide in Rwanda and replaced it with the “Genocide against the Tutsi” to explicitly make reference to whom it was committed.  The same UN General Assembly condemned without reservation any denial of the genocide against the Tutsi ethnic group in Rwanda as a historical event and urged Member States to develop educational programmes that will help in the prevention of future acts of genocide.

Genocide denial happens during the planning, execution and continues long after the genocide. It is considered a continuation of Genocide and it is a clear indication that the world never learnt a lesson, therefore is likely doomed to repeat it again. Elie Wiesel called denial a “double killing.” Deniers murder the dignity of survivors and seek to destroy remembrance of the crime. 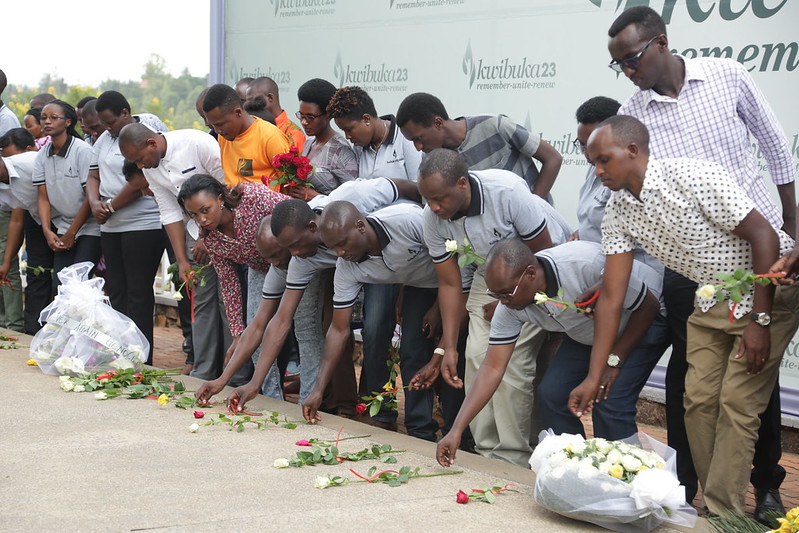 Massacre at Ndera Hospital: Not Even the Vulnerable Were to Be Spared

Great piece Anita. The genocide deniers will always write lies, making themselves accomplices of genocide perpetrators and genocide ideology. The more the deny the genocide against the Tutsi, the more our resolve to fight against genocide ideology and denial.