UNIRMCT: No Early Release for Bagosora 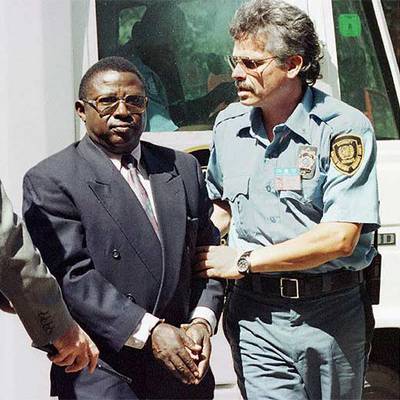 Bagosora is serving his sentence in Mali.

The International Residual Mechanism for Criminal Tribunals (IRMCT) on Thursday turned down an application for an early release by one the main masterminds of the 1994 Genocide against the Tutsi, Col. Théoneste Bagosora.

The decision was delivered on 1 April 2021, by Judge Carmel Agius, President of the court, sitting in The Hague, Netherlands, concluding that Col. Bagosora, who was initially sentenced to life in prison but his sentence reduced to 35 years in 2011, could not be granted an early release, despite having served a third of his sentence, which qualified him to apply.

Judge Agius said that the “application should be denied in light of the exceptional gravity of the crimes Bagosora was convicted of and an absence of sufficient demonstration of his rehabilitation.”

The ex-FAR Colonel is currently serving his 35-year prison sentence in Mali since 1 July 2012. He was arrested on 9 March 1996 in Cameroon and transferred to the ICTR on 23 January 1997.

On 18 December 2008, Trial Chamber I of ICTR found Bagosora guilty of genocide, murder, extermination, and persecution as crimes against humanity, violence to life and outrages upon personal dignity, as well as rape and sentenced to life imprisonment.

On 14 December 2011, the Appeals Chamber, then presided by Judge Theodore Meron, reduced his sentence to 35 years of prison.

The slashing of the sentence and his subsequent application for early release infuriated the Rwandan Government and Genocide survivors, arguing that the decision lessened the punishment for Bagosora, who is considered the key mastermind of the massacres.

“I consider that the Application should be denied. Although Bagosora is eligible to be considered for early release, a number of factors militate against this. In particular, the extremely high gravity of Bagosora’s crimes weighs very heavily against his early release,”

“I also consider his failure to sufficiently demonstrate rehabilitation as militating against granting the Application. Finally, there is no evidence before me that demonstrates the existence of compelling humanitarian grounds which would warrant overriding this negative assessment,” the Judge ruled, hence rejecting Bagosora’s application.

Bagosora filed a petition for early release to the President of IRMCT on 6 March 2019, indicating that if granted release, he would prefer to stay in the Kingdom of the Netherlands or live in Mali.

However, he failed to demonstrate, in his petition, that the Netherlands and/or Mali would grant him residence. Judge Carmel Agius therefore concluded that none of the two countries would be willing to welcome him.

On the issue of responsibility and rehabilitation, an important factor for early release, Judge Carmel Agius observed that “Bagosora offers no indication that he has accepted responsibility for the crimes of which he was convicted, nor are there any signs that he has reflected critically, or expressed any remorse or regret.

The Judge said that to the contrary, Bagosora in all his submissions argues in a manner that attempts to minimize his responsibility for the crimes he committed in 1994.

According to the prison warden, who issued a report on Bagosora’s behaviour in prison, “Bagosora is a man with a forceful personality” who at times “is unable to control himself”.

After consideration of Bagosora’s request, and taking into account reports from Mali and from Koulikoro prison, as well as Rwanda’s submission advising against Bagosora’s early release, Judge Agius decided to deny him an early release.

Bagosora was a powerful member of the Akazu, an inner group associated with former First Lady Agathe Habyarimana, and he is said to be the main architect of the 1994 Genocide against the Tutsi.

Rwanda is yet to react to the UNIRMCT decision.

School Feeding: What Does Your Child Eat At School?